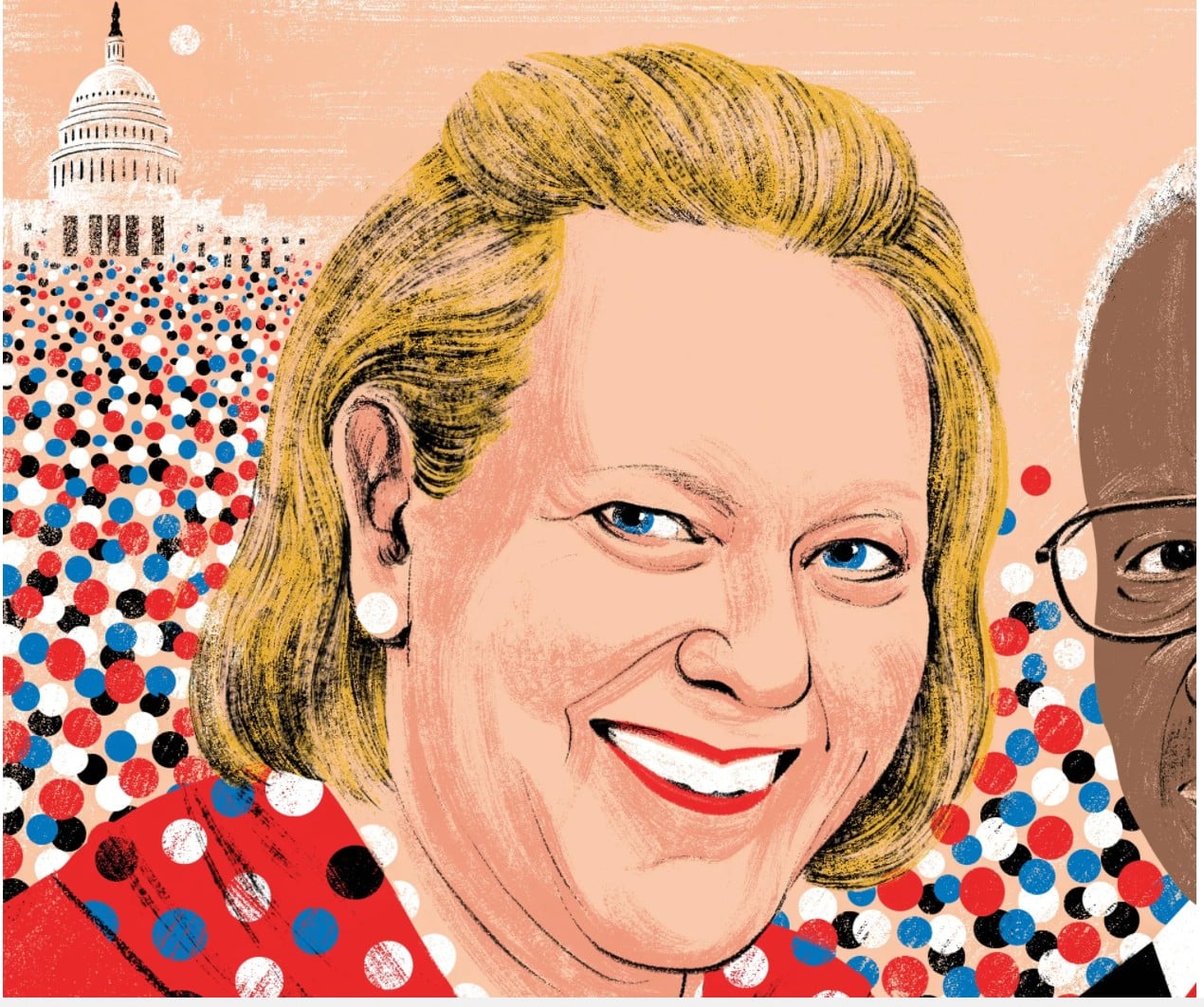 Ginni Thomas has declared that America is in existential danger because of the “deep state” and the “fascist left,” which includes “transsexual fascists.” Illustration by Chloe Cushma

New Yorker: In December, Chief Justice John Roberts released his year-end report on the federal judiciary. According to a recent Gallup poll, the Supreme Court has its lowest public-approval rating in history—in part because it is viewed as being overly politicized.

President Joe Biden recently established a bipartisan commission to consider reforms to the Court, and members of Congress have introduced legislation that would require Justices to adhere to the same types of ethics standards as other judges. Roberts’s report, however, defiantly warned everyone to back off.

“The Judiciary’s power to manage its internal affairs insulates courts from inappropriate political influence,” he wrote. His statement followed a series of defensive speeches from members of the Court’s conservative wing, which now holds a super-majority of 6–3. Last fall, Justice Clarence Thomas, in an address at Notre Dame, accused the media of spreading the false notion that the Justices are merely politicians in robes.

Such criticism, he said, “makes it sound as though you are just always going right to your personal preference,” adding, “They think you become like a politician!”

The claim that the Justices’ opinions are politically neutral is becoming increasingly hard to accept, especially from Thomas, whose wife, Virginia (Ginni) Thomas, is a vocal right-wing activist. She has declared that America is in existential danger because of the “deep state” and the “fascist left,” which includes “transsexual fascists.” Thomas, a lawyer who runs a small political-lobbying firm, Liberty Consulting, has become a prominent member of various hard-line groups. Read more…