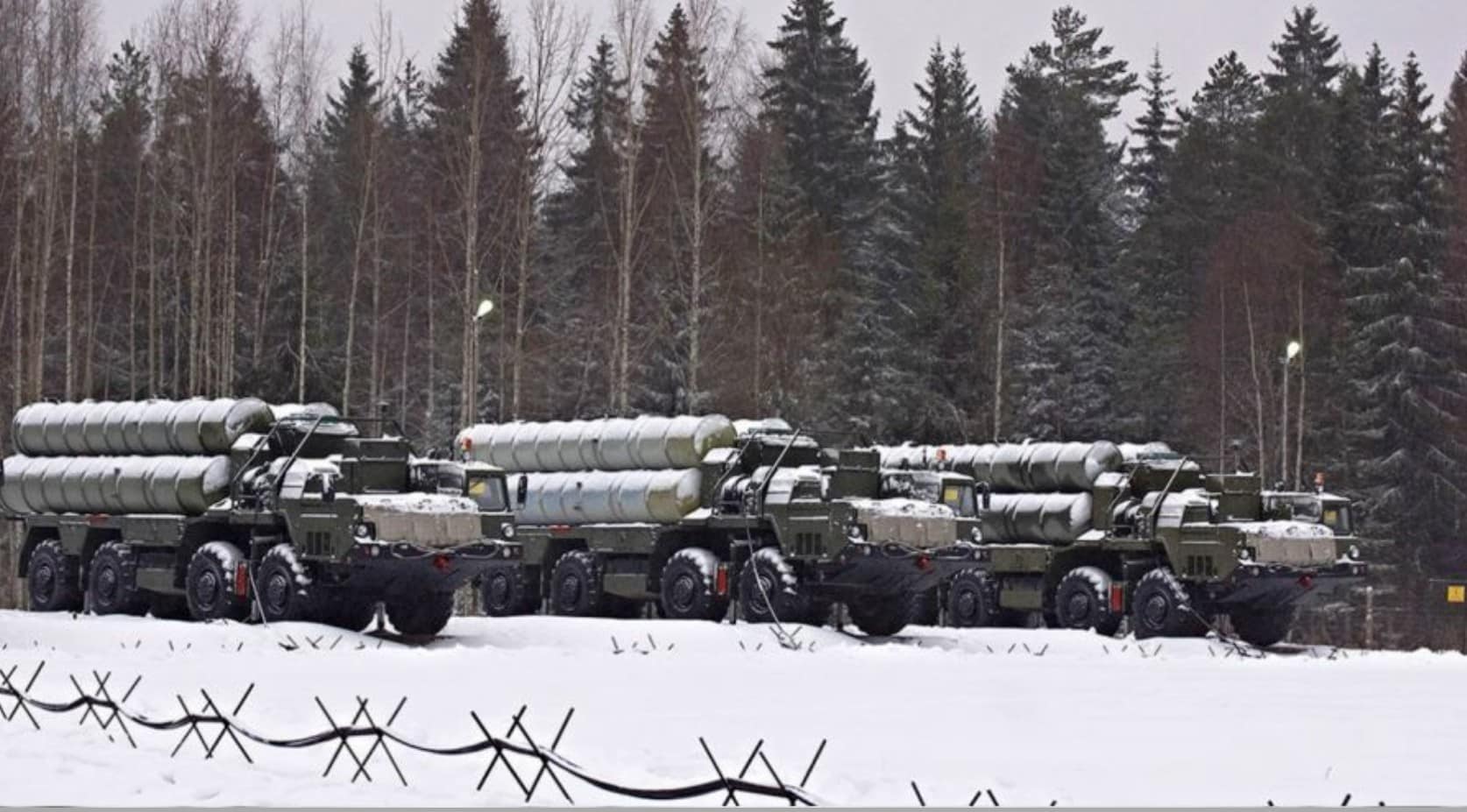 Russia is moving two divisions of its S-400 Triumph air-defense systems, designed to take down enemy warplanes, into neighboring Belarus to take part in military exercises, the Ministry of Defense confirmed on Friday.

In a statement, officials wrote, “two divisions of the surface-to-air S-400 ‘Triumph’ missile complex … have completed their march to the loading station in Khabarovsk Krai,” in Russia’s Far East. The rockets will now be transported along railways to Belarus.

According to the report, once the missiles have arrived at the location of the military exercises, Russian forces will fortify the position as part of defense training.

The S400 can bring down any #NATO aircraft. The strategic positioning of the S400 in #Belarus cuts NATO offensive air operations in half.

Development of the S-400 system began in the late 1980s, and the missiles went into service in 2007. Russia has also sold them to nations including China and Turkey, and in November, officials announced that the rockets were being delivered to India. International analysts have described the S-400 as “arguably the best strategic surface-to-air missile systems in operation today,” and sales of the system have been aggressively lobbied against by the US.

He is not bluffing..🐻…🔥.. pic.twitter.com/uDq6xixXUw

Moscow had previously announced that its soldiers would be conducting joint exercises with Belarusian troops in February, as part of an inspection of the two nations’ ability to coordinate military action together. They will hold Union Resolve drills from February 10-20, and before that, the two militaries “will practice redeploying troops and creating task forces within a short period of time in dangerous directions,” according to Oleg Voinov, a senior Belarusian military official. Voinov also stated that one goal of the exercises is to practice “reinforcing the state border.”

This week, the US State Department warned that the upcoming exercises could be a sign that Russia is planning an invasion of Ukraine, with one official saying, “we are very alert to everything that Russia is doing. The fact that we’re seeing this movement of forces into Belarus clearly gives the Russians another approach should they decide to take further military action against Ukraine.” The Kremlin has denied that it has any intention to attack its neighbor.