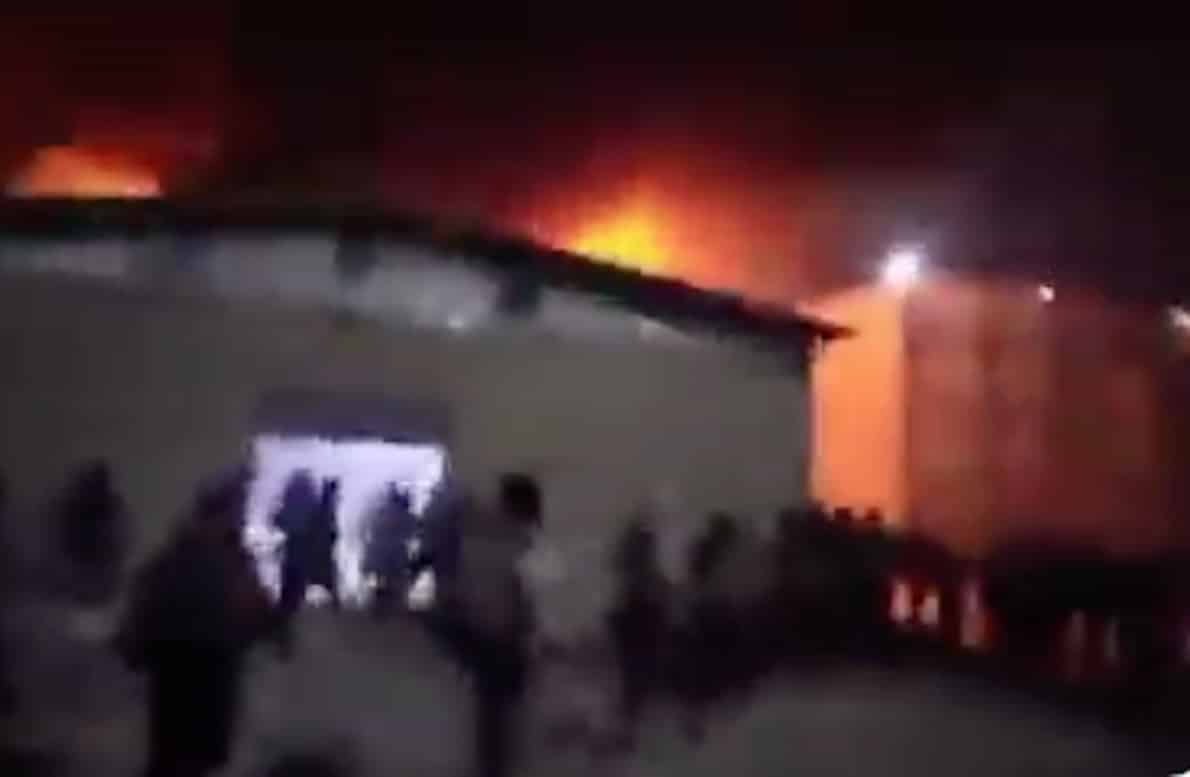 The attempted escape of at least two-hundred ISIS terrorists from one of the largest prisons in Rojava, the north-east of Syria, ends in a massacre. This happened in Al-Sina’a prison in Ghuwayran neighbourhood in Hasakah.

Explosions, bombings, machine gun shots for about 48 hours continued uninterrupted from Friday 20 to Saturday 21 January when the soldiers of the Syrian Democratic Forces, the Kurdish majority army allied to the Americans that controls the areas managed by the Autonomous Administration of North and East Syria (AANES), yesterday evening regained control of the prison but the toll is tremendous.

At least 17 SDF soldiers and members of Asayish, units of the Iraqi Kurdistan Internal Security Forces that controlled the prison, died. Unspecified the exact number of prisoners and attackers killed while attempting to escape, according to the timely report of the Rojava Information Center (RIC), but only 6 managed to escape.

It is estimated that at least 45 ISIS members were killed (22 on Saturday only) and 110 were captured by the Kurdish military. Among the jihadists killed may be an unspecified number of those who tried to attack the prison from the outside.

Also one journalist has lost is life. «We believe it was a media worker connected with the Hezen Xwe Parastina here, the local self defense forces, so military affiliatedWe can also confirm that a journalist from local Hawar News was injured» explain RIC.

🔻 VIDEO || Mass escapes by the thousands in Ghweran prison in Hasaka, which is controlled by the US-backed SDF near the Iraqi-Syrian border, which includes senior leaders of the ISIS terrorist gangs of various nationalities. – Sabereen pic.twitter.com/LZWuQnDI4V

«The blood of our martyrs is an inspiration to all our fighters to continue the struggle against the terrorist organization ISIS and its supporters» writes Media Center of the Syrian Democratic Forces in a statement.

The alarm went off on Saturday afternoon when an unknown number of Islamic State warriors attacked the prison by throwing bombs inside it.

From Friday afternoon until Saturday morning there was hell. Some ISIS bombers were killed immediately by the prompt reaction of the SDF military and the Asayish special forces.

Some footage show the brutally of situation on the ground, here the boded of ISIS cells members who holding explosive belts and been killed by SDF based on Ronahi TV ( local channel).

After the explosive attack, which is not yet known how it happened in detail, there was an aerial intervention to support the militias guarding the prison by the US Air Force.

«We can confirm that the coalition has been fielding continuous flights of Apache helicopters above the fighting zone since the attack began, and last night used illumination flares over the area to assist the SDF and Asayish ground forces with visibility, as well as shot machine gun fire from helicopters at the attackers as they fled the prison: throughout the day today as well. We are still confirming whether the airstrikes have come from jets but given the size of the explosions it is unlikely they came only from the Apaches» Rojava Information Center said.

But when the external threat was eliminated, the revolt broke out inside the prison.

«Local sources say the fighting was continuing inside the prison today (Saturday – ed) because the prisoners rioted and managed to seize a weapons cache inside, its unclear if that fighting has ceased yet. Outside the prison, the ISIS affiliates who launched the attack from outside have retreated away from the prison and are continuing to fight in surrounding areas» according to RIC.

The situation in the direct vicinity is still too volatile so civilians have been told to stay put for now, but many are leaving of their own fruition. «As far as we know right now 91 managed to make it out but were reapprehended. The whereabouts of the 6 are unknown and the number of attackers outsidd are also unknown» Rojava Information Center reported yesterday.

As a footage on Twitter shows he people who were captured were forced to remove their clothes and return to their cells only in boxers. An exemplary punishment given that the temperatures these days in Hasaka fluctuate between -1C° (30 °F) degree at night and 8C° (47°F) during the day.

This attack confirms that the threat of the Islamic State in Rojava is always present and worrying. Without the military commitment of the SDF, Rojava would be easy prey to reactions also thanks to the fact that the ISIS militias, after the defeat, began to collaborate with groups close to Al Qaeda for the invasion of Turkey that had freed them from the An Issa prison in October 2019 to recruit them as mercenaries in Syria and Libya, under NATO aegis.

In Rojava, controlled by Kurds Autonomous Administration of North and East Syria (AANES) but not officially recognized by either Syria or the coalition, there is therefore the paradox of the US Ai Forces which must help the SDF military against ISIS while the Turkish army of the same Atlantic alliance protects Islamic terrorists and leaves them the possibility of carrying out the worst crimes against humanity, as happens every day in Afrin. But still today the EU imposes sanctions on Syria and not on its invaders.