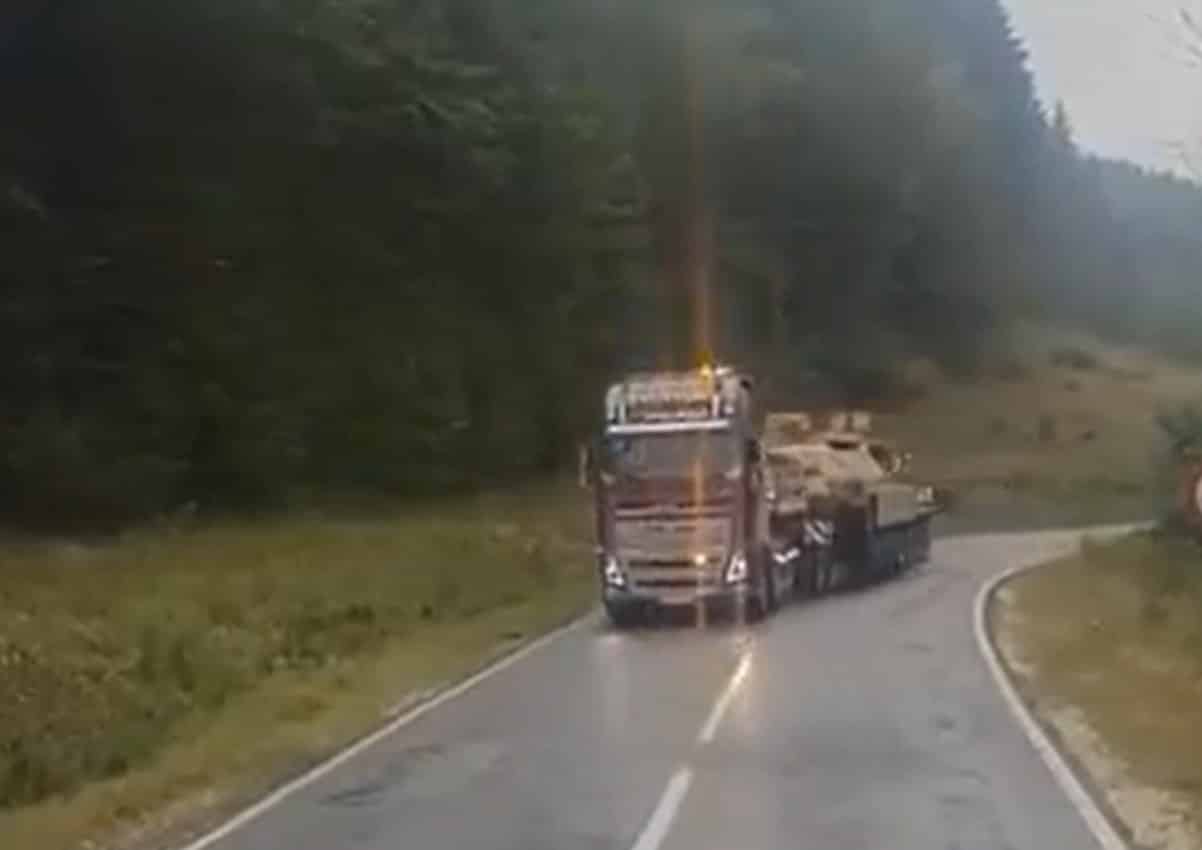 Avia Pro: American tanks seen near the border with Ukraine.

The US has begun moving its heavy tanks and light armored vehicles to the border with Ukraine, apparently preparing to use these vehicles to attack Russia. How exactly the tanks and other armored vehicles of the US Armed Forces got into the territory of Romania is unknown, however, it is alleged that the equipment is being transferred towards the Ukrainian border very intensively.

At the moment, it is known that several dozen units of American armored vehicles can be deployed on the border between Romania and Ukraine. We are talking about heavy tanks M1A2 Abrams and BMP Bradley. At the same time, it is alleged that we are talking about a mass transfer of tanks. Given the lack of statements of intent to conduct military exercises, this indicates that the United States is preparing to send its troops to the territory of Ukraine for a possible attack on Russian citizens in the Donbass.

On the presented video frames, you can see only one of the moments of the transportation of American tanks M1A2 Abrams and BMP Bradley towards the Ukrainian border. It is not known where the equipment is currently located, however, contrary to Russia’s intentions to reduce the level of escalation in Ukraine, the United States and NATO, on the contrary, are actively creating provocations.