[ Editor’s Note: British universities’ funding has been threatened for cut off if they didn’t adopt the International Holocaust Remembrance Alliance (IHRA) definition of anti-Semitism before Christmas 2021.

Stuart reports on the Government Whips who use extreme tactics to smear their political opponents with embarrassing revelations, along with threats to withdraw public funding from MPs’ constituencies, which amounts to “misconduct in public office” and is actionable.

Personally, Boris has always struck us at VT as a kind of Trump like clown in some regards, where social and political norms were things to be discounted at will.
–

Their egocentric focus is 100% on their own political status, whereas that of Party or even the nation comes further down the line. Both Trump and Johnson feel the nation should serve their interests, so taking an oath of office is a meaningless public display for them.

The respective publics are not innocent in this, with their main problem being viewing political candidates as a Dancing with the Stars ‘feel goodie’ entertainment, one notch above betting on a horse race.

Stu, once again, has a clear-eyed report on the Boris situation for you below… Jim W. Dean ] 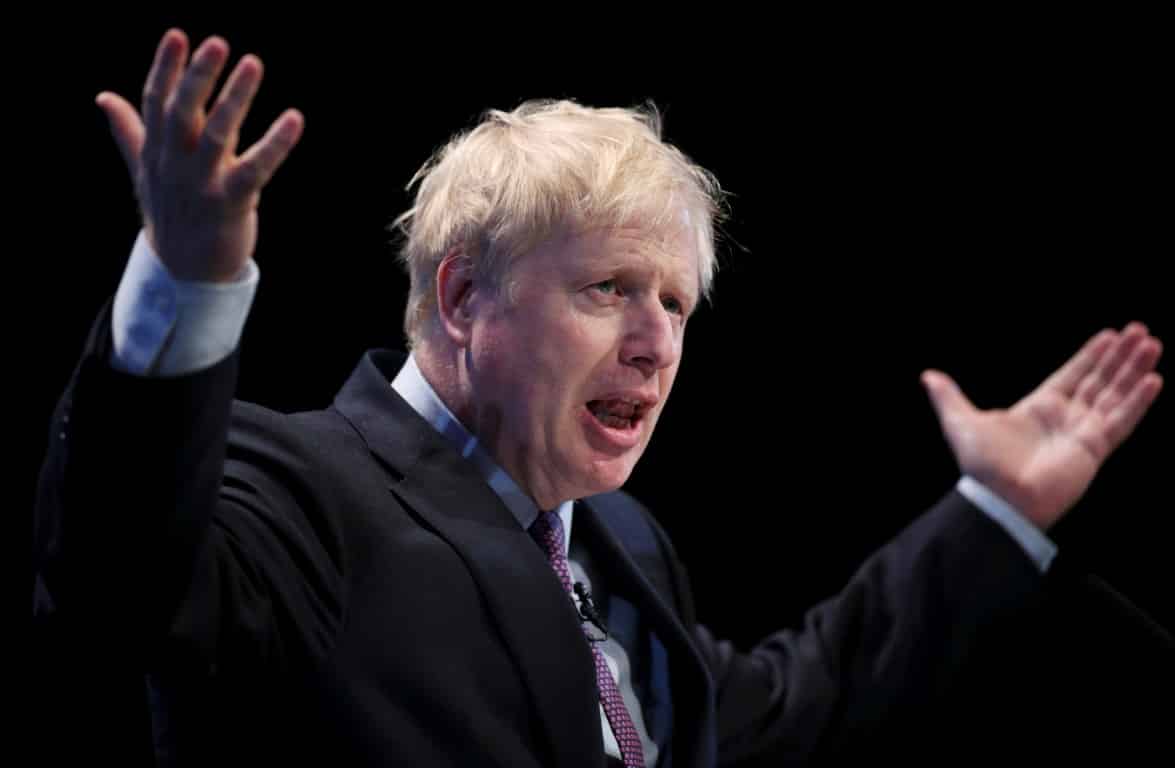 Prime Minister Boris Johnson is in deep dung over a ‘bring your own booze’ party held in the garden of Number 10 during national lockdown and other breaches of the rules his ‘team’ imposed on the general UK population to combat Covid. He pretends he didn’t know — or wasn’t advised — that partying was wrong while ordinary people were being punished for similar misbehaviour.

Johnson received the best education money can buy — Eton and all that. So his apparent inability to tell right from wrong, without having someone on hand to advise him, comes as a surprise. This note allegedly from his housemaster to Mr Johnson senior perhaps explains why.

William Wragg, chair the Public Administration and Constitutional Affairs Select Committe in the House of Commons, is among those who have called for Johnson to resign over the Westminster partying scandals during lockdown.

He submitted a letter of no confidence in Johnson and has accused Government whips of trying to blackmail Conservative MPs who support ousting Johnson by threatening loss of public investment in their constituencies and spreading embarrassing stories.

Chris Bryant, chairman of the Commons Standards Committee, has said threats to withdraw public funding from MPs’ constituencies amounts to “misconduct in public office” and should be referred to the police.

“I fully support the Prime Minister who I know first hand to be doing a very good job ensuring that we recover from the pandemic and rebuild our economy. In other words having saved lives through the vaccine programme, he now wants to protect livelihoods.”

Claims that Johnson has a heroic record in these matters are barely justified. His administration has done nothing to invest adequately in our NHS which throughout the pandemic has been on the brink of collapse, and nothing to achieve energy security without which our economy is unlikely to recover anytime soon.

And the only livelihood he wants to protect appears to be his own. To do so, and bolster his image, he fills his time frantically going from one fatuous photo opportunity to another.

Mr. Jack happens to be Secretary of State for Scotland and is beholden to Johnson for his high position. He is also beholden to the voters of Dumfries and Galloway who sent him to Westminster.

“Secondly,” he says, “I think everyone should wait until the outcome of Sue Gray’s extensive enquiry before coming to judgements.”

But everyone has already reached their conclusion about Johnson’s fitness for UK leader and Sue Gray’s report, with its limited terms of reference, isn’t going to add much to what we already know. Besides, the clamour for Johnson to take a running jump is not just about booze parties.

MPs and others ‘blackmailed’

When he defected from the Tories to Labour last week, Bury South MP Christian Wakeford said he had previously been warned funding for a new high school would not go ahead if he voted for a motion criticising the Government over free school meals. At the time he didn’t reveal who was responsible, but speaking to The Sunday Times the other day he said it was Gavin Williamson.

Conservative Party ‘heavies’ blackmailing MPs and others is nothing new. Fifteen months ago Williamson, then Education Secretary, threatened universities that they could have their funding cut if they didn’t adopt the International Holocaust Remembrance Alliance (IHRA) definition of anti-Semitism before Christmas.

Williamson wrote to vice-chancellors insisting that adopting the IHRA definition was “morally the right thing to do…. If I have not seen the overwhelming majority of institutions adopting the definition by Christmas then I will act.”

He ignored the fact that eminent human rights lawyer Hugh Tomlinson QC, among many other experts, had comprehensively criticised the IHRA definition. Firstly, it lacked clarity and wasn’t a legally binding definition so couldn’t be considered as such. Therefore any conduct contrary to the IHRA definition couldn’t necessarily be ruled illegal.

Secondly, the language was far too vague to be useful as a tool. In Tomlinson’s view the Government’s decision to adopt the IHRA Definition was simply a freestanding statement of policy, a mere suggestion. No public body was under an obligation to adopt or use it, and shouldn’t be criticised for refusing to do so.

He warned that if a public authority did decide to adopt the definition then it must interpret it in a way that’s consistent with its statutory obligations. In particular, it couldn’t behave in a manner inconsistent with the European Convention on Human Rights, which provides for freedom of expression and freedom of assembly. Furthermore, according to Tomlinson, a public authority seeking to apply the IHRA Definition to prohibit or punish “would be acting unlawfully.”

Earlier Robert Jenrick, another of Johnson’s ministers, wrote in a nasty piece for the Sunday Express: “I will use my position as Secretary of State to write to all universities and local authorities to insist that they adopt the IHRA definition at the earliest opportunity. I expect them to confirm to me when they do so.

“Failure to act in this regard is unacceptable and I will be picking up the phone to Vice Chancellors and local government leaders to press for action, if none is forthcoming”. He was directing his attack on universities who receive public money but “choose not to accept our IHRA definition of anti-Semitism and use it when considering matters such as disciplinary procedures”.

Both Jenrick and Williamson appear to fall foul of the Ministerial Code, the first two paragraphs of which, one would have thought, were enough to remove them from office.

1.1 Ministers of the Crown are expected to maintain high standards of behaviour and to behave in a way that upholds the highest standards of propriety.

1.2 Ministers should be professional in all their dealings and treat all those with whom they come into contact with consideration and respect. Working relationships…. should be proper and appropriate. Harassing, bullying or other inappropriate or discriminating behaviour wherever it takes place is not consistent with the Ministerial Code and will not be tolerated.

Gavin Williamson is a former Chief Whip, a position described as ensuring that members of the party attend and vote in Parliament as the party leadership desires. In other words, a Parliamentary bully-boy. Margaret Thatcher famously used her Chief Whip as a ‘cabinet enforcer’.

Williamson has recently been tipped for knighthood. What does that tell us about the Boris leadership?