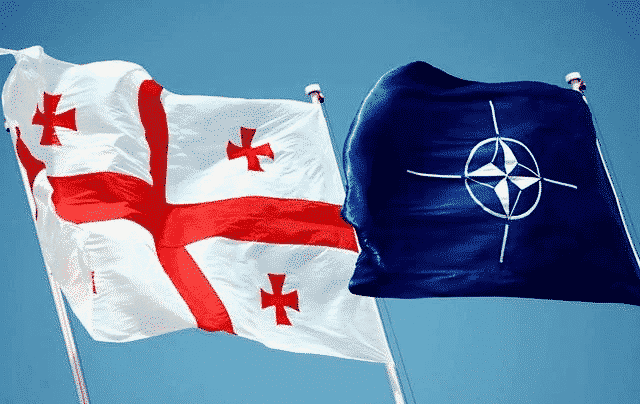 Georgia was part of the Soviet Union before it regained independence in 1991. Georgia is a country that has been struggling under Russian occupation for centuries. It has, however, been making active strides to become a significant member of the European-Atlantic family since joining NATO in 2009.

Georgia has been trying to prove to NATO for a long time now that it is a responsible partner and ready to join the Alliance, but Russia’s veto on accepting Georgia as a member continues to prevent NATO from opening up its doors.

Former U.S. President Donald Trump declared NATO obsolete in 2016, which came as a huge shock to Georgians, who consider membership a vital part of their country’s independence. This article explores the current relationship between the US and Georgia.

The United States and its support for Georgia

The United States established formal diplomatic relations with Georgia shortly following Georgia’s independence from the Soviet Union back in 1991. Since then, Georgia has made remarkable progress opposing internal corruption, funding and developing modern governmental institutions, and enhancing their security footprint. The United States remains committed to helping Georgia deepen its Western European ties and bolster its democratic associations.

The United States has always endorsed Georgia and backed this with a steady military presence. The recent U.S. warships’ visit to the Batumi port was stern proof of this support. However, Georgia requires significantly more aid from its allies. Moreover, the country is helpless to a Russian attack by air, land, and sea. Russia’s recent political and military messaging indicates that another Black Sea war is a realistic prospect.

In recent times, The Kremlin has approved the invasion of Ukraine, militarized the Black Sea territory, and refused entry to the Azov Sea. Nothing to offer can insinuate that Russia intends to discontinue its aggression and military mobilization in the Black Sea. Georgia is the most powerless U.S. ally in that region, given its size and geographic standing.

However, Georgia’s road to becoming a transparent democratic nation has not been smooth. There were several setbacks in areas of media freedom and human rights during 2021. In early 2021, Irakli Garibashvili was elected Prime Minister of Georgia, yet again, after an earlier – and controversial – ministerial term during 2013 – 15. Prime Minister Garibashvili is deemed a political hardliner and not a man who readily compromises.

Related to the municipal elections in October 2021, one-time President Mikheil Saakashvili was arrested and charged upon his return from self-imposed expulsion. Saakashvili was President from 2004 to 2013 however was later sentenced – in his absentia – on political corruption charges and misuse of his power. Another sentence that has made global headlines is the one of the former Defense Minister, David Kezerashvili, who was sentenced to 5 years in prison for embezzles during his time in office (2006-2008). Both Saakashvili and Kezerashvili have firmly denied all allegations against them.

Several experts on Georgian politics have been questioning the validity of these accusations and others have even been accusing this sentence of being politically motivated or an attack on media freedom. Critics say that the lawsuit filed against David Kezrashvili, owner and founder of Georgia’s most influential private TV channel, two days after it broadcasts content critical to the government is nothing more than the pressure on FormulaTV. These circumstances give cause for concern. Georgia needs to guarantee media freedom and protect journalists who support the opposition while dealing with domestic challenges and judicial reforms.

Domestic stability is necessary for Georgia to be able to boost its defense and security operations. To do this, it must deal with these vulnerabilities with the help of both regional & political partners. It will be up to the Georgian government to rally additional NATO support and secure an elevated association – all vital for their country’s defense.

Georgia and Connections to NATO

Relations between Georgia and NATO officially began back in 1994 when Georgia joined the ‘Partnership for Peace’ program run by NATO. Soon after, Georgia moved quickly to seek more immediate ties and full-member status. However, Georgia’s influential and powerful neighbor, Russia, has continually opposed these attempts.

This opposition includes those expressed opinions at the Bucharest summit in 2008, where NATO members promised Georgia would eventually become a full NATO member. In December 2011, NATO announced in a statement that Georgia was formally designated as a NATO “Aspirant Country.”

Despite Georgia’s enthusiasm and a culmination of NATO’s membership benchmarks, the Alliance remains reticent to place full membership opportunities on the negotiation table. This has raised concerns in Georgia – and other candidate countries – that NATO’s open-door policy is somewhat ‘choosy’.

NATO claims that Russia does not own a third-party veto option over Georgia, citing the accession of North Macedonia and Montenegro. Russia did indeed oppose both of these states’ accession, but they cannot be compared to Georgia because:

The most significant stumbling block for Georgian elevation is Russia. France and Germany are especially opposed, worrying that it might trigger a hostile comeback from the Kremlin. Short of a major transformation in Russian thinking, Moscow will persist in viewing NATO as a threat – regardless of who presides over the Kremlin.

By reasserting Georgia’s membership in time, NATO will dispatch a strong gesture to the entire region that difficult reforms can pay off. There should be no Russian doorman deciding upon who can – and who cannot – enter the exclusive NATO club.