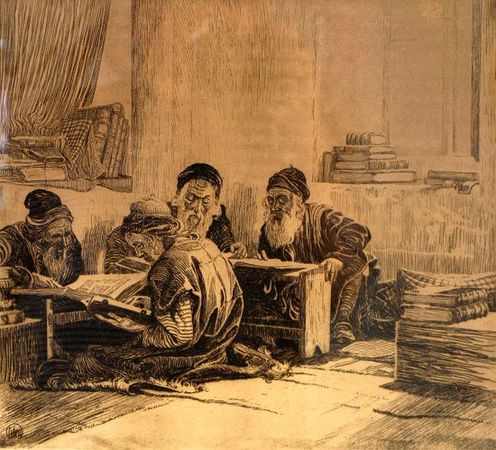 JEA: Yehezkel Dror is the founding president of the Jewish People Policy Planning Institute, a professor emeritus of political science at the Hebrew University of Jerusalem, and a recipient of the Israel Prize. Dror wrote a stunning article in the Jewish Daily Forward in 2008 which unquestionably put Jewish survival above everything else, including moral principles.

If Professor Dror dared to even read Kant’s Critique of Practical Reason before he wrote this mumbo jumbo, then he would have realized that this survival principle doesn’t add up at all because there is no way to universalize it. In other words, why does Dror have the right to apply this principle and not the Palestinians? It pains me to beat up a dead horse here, but it is necessary. We have to bring in Israeli Zionist historian Benny Morris in the conversation. Morris unflinchingly stated:

Ethnic cleansing has been Israel’s bloody history, and reputable Israeli historians have written extensively on this very issue.[3] This ethnic cleansing continues to this very day.[4] The Israeli settlements are classic examples. Ze’ev Maoz of the University of California, formerly of Tel-Aviv University, notes in Defending the Holy Land:

“Israel has violated the spirit and text of the Oslo Accords by fundamentally changing the status quo through a widespread settlement policy… in 1993 there were about 110,000 settlers in the occupied territories. In 2001 there were 195,000 (Note that the number of settlers increased by 18 percent during the Al Aqsa Intifada). This was an increase of 73 percent under the guise of an agreement wherein Israel committed itself not to change the territorial status quo.”[5]

According to Maoz, the settlements were a stumbling block to peace in the Middle East. In fact, “the settlement policy was self-defeating…By building new settlements and authorizing new construction in the existing ones, the Israeli government effectively engaged in a self-defeating process that would tie their hands in the final status agreements.”[6]

If the answer is no, then we have a problem: Dror is operating under a system which we all know is essentially Talmudic. This became very clear when Dror declared in the same article:

“When the requirements of existence conflict with other values, therefore, realpolitik should be given priority…Regrettably, human history refutes the idealistic claim that in order to exist for long, a state, society or people has to be moral. Given the foreseeable realities of the 21st century and beyond, harsh choices are unavoidable, with requirements of existence often contradicting other important values.”

In other words, ideology is more important than following the moral order. But there is more here. Dror insinuated that people like him only used moral principles when they are not in conflict with the Israeli/Zionist ideology. He stated:

“Some might argue that putting existence first may be counter-productive in terms of existence itself, because what may be regarded as immoral action can undermine external and internal support essential for existence. However, the calculus of realpolitik gives primacy to existence, leaving limited room for ethical considerations. The unfortunate reality is that the Jewish people may be faced with tragic choices in which important values have to be sacrificed for even more important ones.”

“The overall issue is whether the imperative for the Jewish people to exist is a categorical one overriding nearly all other values, or one among many imperatives of similar standing. Given both the history and current situation of the Jewish people, I would argue that the imperative to assure existence is of overriding moral weight. Let us leave aside reliance on transcendental arguments, biblical commands and sayings of the sages, all of which are open to various interpretations.”

Dror was implicitly appealing to some principles other than the principles as dictated by the moral order. And this is why Brother Nathanael Kapner’s article is a good read.

THE JEWISH TALMUD is “Holy Writ” for the Jews.

The Talmud supercedes the Old Testament in authority for the Jews. And the Talmud is the most racist, hate-mongering , blasphemous book the world has ever known.

The Talmud was written in Hebrew between the 3rd & 6th Centuries as a codification of the so-called Oral Law that the Jewish rabbis claim was handed down from Moses.

But the Messiah Jesus censored the “Oral Law” when He said, “By the traditions of your elders you make void the Word of God.” (St Matthew 15).

The English translation of the Talmud has been watered down so as to conceal from the Gentiles the “satanic verses” contained in the original Hebrew.

The “Satanic Verses” of the Talmud can be classified into 3 categories:

1) Jewish Supremacy.
2) Hatred Towards The “Goys” (Gentiles).
3) Blasphemies Against Jesus Christ, The Virgin Mary, & All Christians.

* “Girls born of the ‘goyim’ are in a state of ‘niddah’ (menstrual uncleanness!) from birth.” (Abodah Zarah 36b) 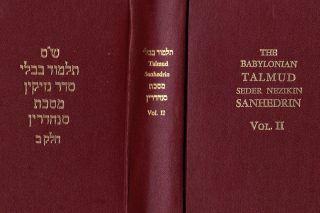 SATANIC VERSES OF THE TALMUD’S HATRED TOWARDS THE GENTILES

* “When it comes to a Gentile in peace times, one may harm him indirectly, for instance, by removing a ladder after he had fallen into a crevice.” (Shulkan Arukh, Yoreh De ‘ah, 158, Hebrew Edition only)

SATANIC VERSES OF THE TALMUD’S BLASPHEMIES AGAINST JESUS CHRIST, THE VIRGIN MARY, & ALL CHRISTIANS

[’Yashu’ is an acronym for the Jewish curse, ‘May his (Jesus) name be wiped out forevermore.’]

* Yashu (Jesus) was sexually immoral and worshipped a brick.” (Sanhedrin 107b)

* “Yashu (Jesus) was cut off from the Jewish people for his wickedness and refused to repent.” (Sotah 47a)

* “Miriam the hairdresser had sex with many men.” (Shabbath 104b, Hebrew Edition only)

* “She who was the descendant of princes and governors (the virgin Mary) played the harlot with carpenters.” (Sanhedrin 106a)

* “Christians who reject the Talmud will go to hell and be punished there for all generations.” (Rosh Hashanah 17a)

JUDAISM’S REIGN OF GLAMOUR IS COMING TO AN END!

I WAS RAISED AS A JEW. Christendom has fawned all over the Jews for the last 60 years. But all of this is now coming to an end.

Christians are waking up to the fact that Judaism hates Jesus Christ, Christianity, and fervent Christians who preach the Gospel.