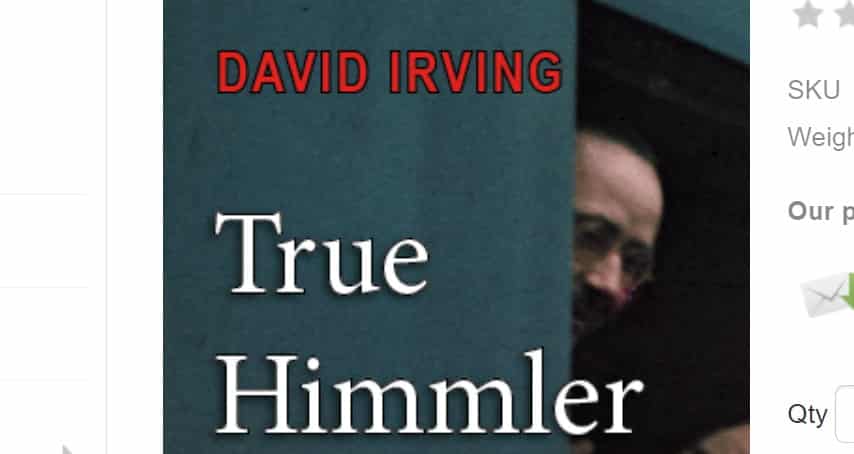 TWENTY years in the making, David Irving’s biography of Heinrich Himmler, the man, is finally ready. In two parts, the first of which appears now, Irving describes from true documents the origins of Himmler, an educated man with a Classics teacher as his revered father, and his extraordinary career until the final dramatic hours of his life, raising an army of elite SS soldiers and men to stand for Germany and defend it against the secret Soviet plans to invade all of Europe in 1941.

He becomes a most trusted ally of Adolf Hitler, and remains loyal to the end; when he hears of Hitler’s imminent death Himmler takes steps to contact the western Allies and offer them the assistance of the SS against the mighty Russian army. But the western capitals are by then powerless, sucked too far into the Soviet thrall.

Why twenty years? It has not been easy – or inexpensive – to retrieve the thousands of missing private papers, letters and diaries which vanished into unfriendly hands at the end. Mr Irving, already the finder of other secret records surrounding Hitler, identifies the current holders of scores of private letters – partly American, partly Israeli, their identities now oddly concealed by Germany newspaper editors and historians still wilting under the glare of the draconian Morgenthau Plan. (Mr Irving published a facsimile of the secret Plan from Oxford University archives). He uses secret British intercepts of SS messages, as well as Reinhard Heydrich’s papers and KGB files in Moscow archives.

The reputation of his young soldiers was systematically denigrated on the age-old principal Give a dog a bad name and hang him. Mr Irving’s suspicions, spelled out in the first and second part, are that Germany’s enemies saw in the SS such a formidable enemy, and in Himmler such a formidable man, that they tracked him tracked down after the war ended, where his life was terminated; the very first chapter examines the circumstances of Himmler’s “suicide” more closely. .

The book is illustrated as usual with black and white and colour photographs immaculately printed, including hundreds selected from Himmler’s personal albums now held by the Hoover Library in Stanford, California, and the U.S. Holocaust Memorial Museum in Washington DC.