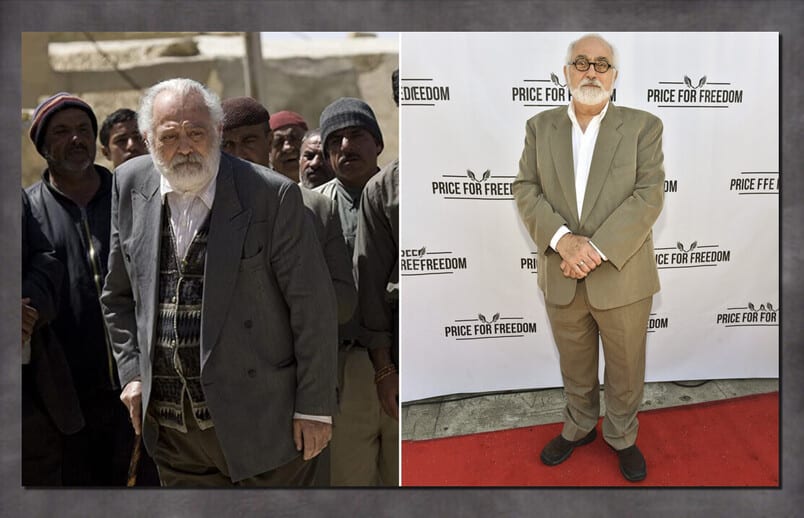 “Here’s what you can do with my dose Joe Let’s Go Brandon.”

Vachik Mangassarian, a veteran character actor known for his roles on NCIS, Curb Your Enthusiasm, and Agents of S.H.I.E.L.D. has died at the age of 78 from COVID-19 complications. Representatives for Mangassarian confirmed to The Hollywood Reporter that he passed away in Burbank, California.

Burbank Whacko Vachik Mangassarian a character actor in NCIS, Curb Your Enthusiasm, and Agents of S.H.I.E.L.D. died of Covid at 78.
He was a rabid COVID-19 denier, pandemic conspirator, truther and dem-hater.#HeGoneBrandon #FoundOut pic.twitter.com/if6AKIyg5N

The Iran-born Armenian star moved to the U.S. at age 23 and landed his first Hollywood role in 1978. In the decades since, he held a slew of roles, starring as the architect Qasim Zaghlul in Marvel’s Agents of S.H.I.E.L.D and guest starring on Curb Your Enthusiasm. More recently, he appeared on NCIS: Los Angeles and began work on his latest film, Moving On, where he had a supporting role amid Jane Fonda and Lily Tomlin.

In the months before his death, Mangassarian had frequently expressed his opposition to COVID-19 vaccines and veered into truther territory, posting memes to Facebook that suggested the pandemic was part of a grand conspiracy.

In one post from September 2021, the actor posted a photo of a parody news report saying that “millions test positive for Sheeple 19.”

In another post a month later, he posted a photo of a billboard stating that, “I am more afraid of a Democrat in the White House than I am of COVID-19.” In early November, he made his stance on vaccines clear with an image of President Joe Biden altered to show a syringe poking into his behind, along with the caption, “Here’s what you can do with my dose Joe Let’s Go Brandon.”

Vachik Mangassarian has died from COVID-19.

Months before his death, he frequently opposed vaccines and posted memes on Facebook suggesting that the pandemic was part of a grand conspiracy. https://t.co/KFWtc8592h

A representative for Mangassarian said the actor had initially been opposed to getting the coronavirus vaccine but ultimately did get vaccinated after it was required for film projects.