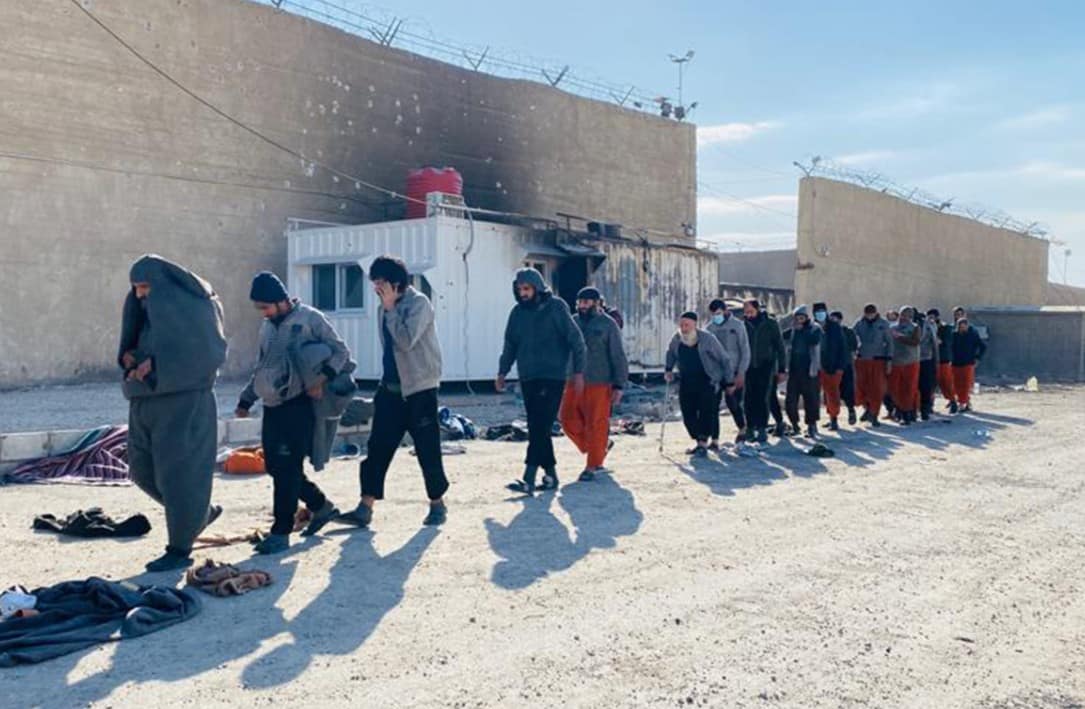 SF: The US-backed Syrian Democratic Forces (SDF) which has been battling ISIS terrorists for control of Geweran prison in the northeastern Syrian city of al-Hasakah announced on January 26 that it had retaken the whole complex.

The terrorists launched a large attack on the prison late on January 20 to free thousands of their comrades. However, they ended up capturing the entire prison and nearby areas.

According to the available information, the SDF retook control of Geweran prison following the surrender of more than 1,600 of terrorists who were holding up there. At least 32 hostages, including prison guards, were also freed.

British special forces were spotted along with other formation of the US-led coalition near Geweran prison just a day before the SDF’s victory declaration.

“The military and security operation, [codenamed] the People’s Hammer, was conducted with our forces in full control of the al-Sina’a [Geweran] prison in al-Hasakah, and the surrender of all ISIS members,” the SDF said in a brief statement.

The Syrian Observatory for Human Rights said that the prison has not been secured, yet. Some foreign terrorists are reportedly still holding up in some parts of the prison.

According to the last update by the London-based monitoring group, the battle of Geweran prison claimed the lives of 124 terrorists of ISIS, seven civilians and 50 personnel of the SDF and its security forces.

ISIS attack on Geweran prison was a large blow to the SDF and the US-led coalition. The attack will for sure embolden the terrorist group’s captives and cells in northeastern Syria more than before. There is already a noticeable surge in attacks targeting SDF personnel and positions in al-Hasakah, Deir Ezzor and Raqqa.