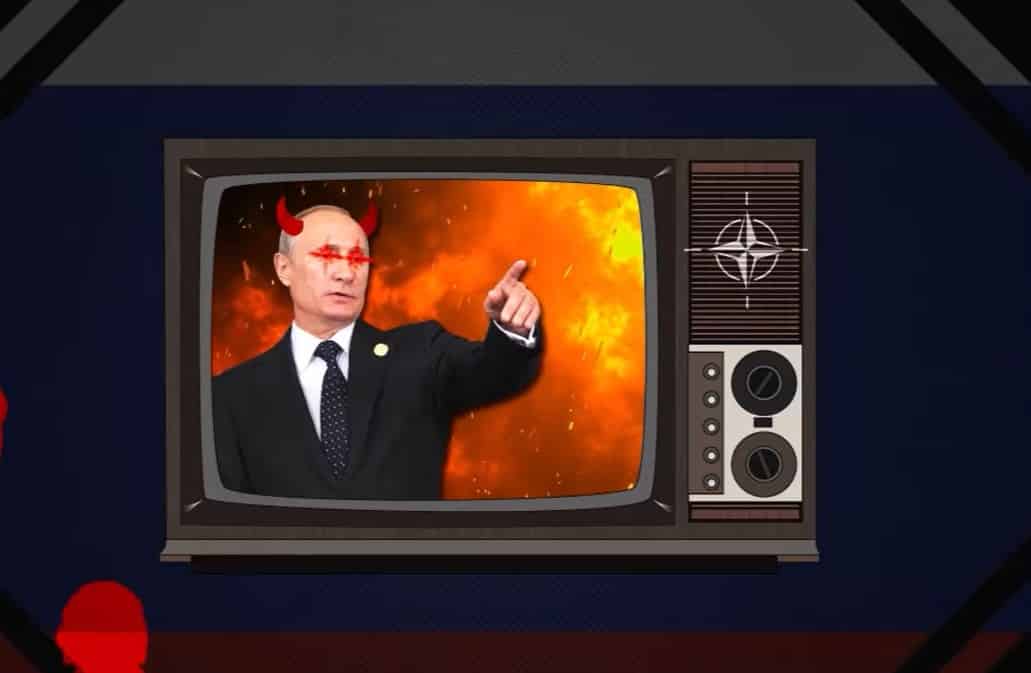 You can read this article in German: LINK

The Western MSM are horning in one voice that the Russian Federation is preparing a full-scale invasion of Ukraine in the near future. They are supported by the authorities of the Anglo-Saxon states and the Brussels bureaucracy.

Every statement and step taken by Washington and London is aimed at inflaming the situation. This includes sharply increased arms supplies, the deployment of additional military contingents, the recognition that entire units of US military personnel are already in the ranks of the Armed Forces of Ukraine, the accusation of Russia that it dares to move troops on its sovereign territory, and much more.

A separate vector is the efforts to disrupt the dialogue on strategic stability on the part of the United States. Up to the point that the head of the press service of the State Department, Ned Price, said that the U.S. would not concede to Russia on the issue of security guarantees, hiding behind the phrase that any steps concerning Moscow’s proposals regarding European security should be taken on a bilateral basis.

Pentagon spokesman John Kirby said: “Why did we make this decision now?” -The decision to bring the troops into readiness – “It is the totality of the situation that we’ve been watching and the decision is based on this military buildup, based on how we see these developments”. “I want to go back to the quote from President Biden about Russia could engage in fuller military aggressive against Ukraine at any time”. A member of the board of directors of the British BAE Systems, the largest arms manufacturing company in Europe, whose shares have soared by 10% over the past month, declared, “Biden has to be ready to support Ukraine militarily.”

In his turn, Joe Biden swore at Fox News journalist Peter Dusi, who asked him not about Ukraine, but about inflation, “What a stupid son of a bitch”. Biden, apparently, once again did not pay attention to the fact that the microphones are still on.

Such a position of NATO allies is causing increasing bewilderment in Germany, France, Italy, Spain and other European countries that have retained some degree of independence in international relations.

Even the authorities in Ukraine, which is de facto under the occupation control of the United States, are beginning to express dissatisfaction with the propaganda campaign launched around the possible Russian invasion.

NSDC Secretary Danilov said yesterday: “We do not see any grounds today to assert that there will be a full-scale offensive by the Russian Federation.” He also stated that there is no active departure of representatives of foreign embassies from Ukraine. According to him, to date, only three countries have announced partial evacuation – the United States, Britain and Australia.

President of Ukraine Zelensky assured his citizens that the situation in the east of the country is under control, “there is no reason to panic.” “We are working for a complete de-escalation of the situation through a peaceful settlement.”

At the same time, Ukraine continues to concentrate strike forces in the east of the country. On January 24, it was reported that the UAF deployed a significant number of engineering and sapper equipment designed to make passages in minefields to ensure military offensive actions. On January 25, information was received from DPR officials that multiple rocket launchers and new tank units had arrived in the region to form strike groups. Combat aircraft of some NATO countries are arriving in Poland, the Baltic States and Bulgaria.

It seems that a certain part of the Washington and Brussels establishment are doing their utmost to unleash a war in Eastern Europe. In this light, the conflict can be prevented only by the joint efforts of Russia and the largest European states, such as Germany and France.