“They know that there is a power somewhere so organized, so subtle, so watchful, so interlocked, so complete, so pervasive, that they had better not speak above their breath when they speak in condemnation of it.”[1]

As Brother Nathanael Kapner shows in this article, Wilson was not kidding. 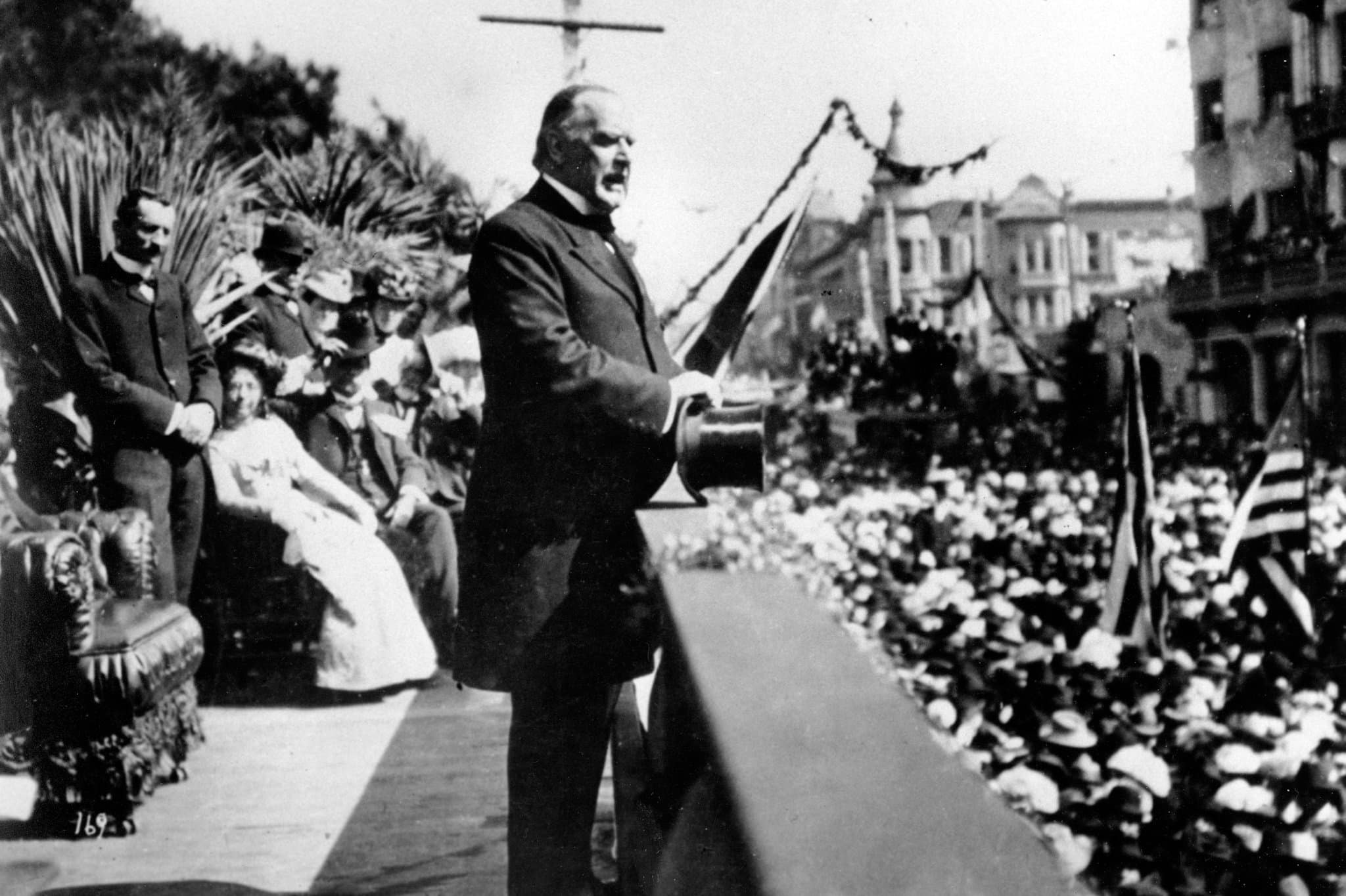 THE HOUSE OF ROTHSCHILD had lost a fierce battle with President Jackson with regard to keeping their Central Bank. For in 1834, Jackson removed all government deposits from the Rothschild’s “Second Bank of the United States.”

A new System of National Banks was established in 1862 eliminating the Khazarian-controlled Central Bank up through 1901. It was on September 6, 1901, that President William McKinley was assassinated through the intrigues of the Rothschilds and their hitmen.

With McKinley out of the way, the path to the Federal Reserve Act of 1913 was easily paved through the pawns of Khazarian agents of the House of Rothschild. Two such Rothschild agents were the powerful Khazarian bankers Jacob Schiff and Max Warburg.

President William McKinley was known as a “hard money” man. This was because he advocated a gold standard. Unlike his opponent, William Jennings Bryan, McKinley was against “easy money” with no backing — printed by Khazarian lenders at interest to the borrower – namely the US government. This was the essence of McKinley’s 1896 & 1900 successful campaign against William Jennings Bryan who advocated for “free and unlimited coinage of silver.”

BUT BY McKINLEY FIGHTING AGAINST “easy money,” (translate Khazarian-coined & printed-at-interest money) McKinley sealed his death warrant. A death warrant signed, sealed, and delivered by the powerful House Of Rothschild, criminals in bankers’ suits. 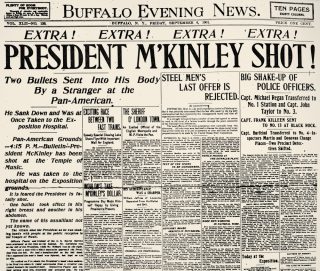 Through his many Khazarian business connections, Theodore Roosevelt Sr. founded the Metropolitan Museum of Art, the American Museum of Natural History, and the New York Children’s Orthopedic Hospital. All of these institutions were and are Khazarian-intensive.

Theodore “Teddy” Roosevelt had been groomed by the powerful NY Khazarian political machine to be the Governor of NY and future President of the United States. In 1900, McKinley was forced by Republican partisans of the Khazarians to appoint “Teddy” Roosevelt as Vice President to get the “Khazarian vote.” McKinley’s appointment of Roosevelt soon turned out to be his demise. 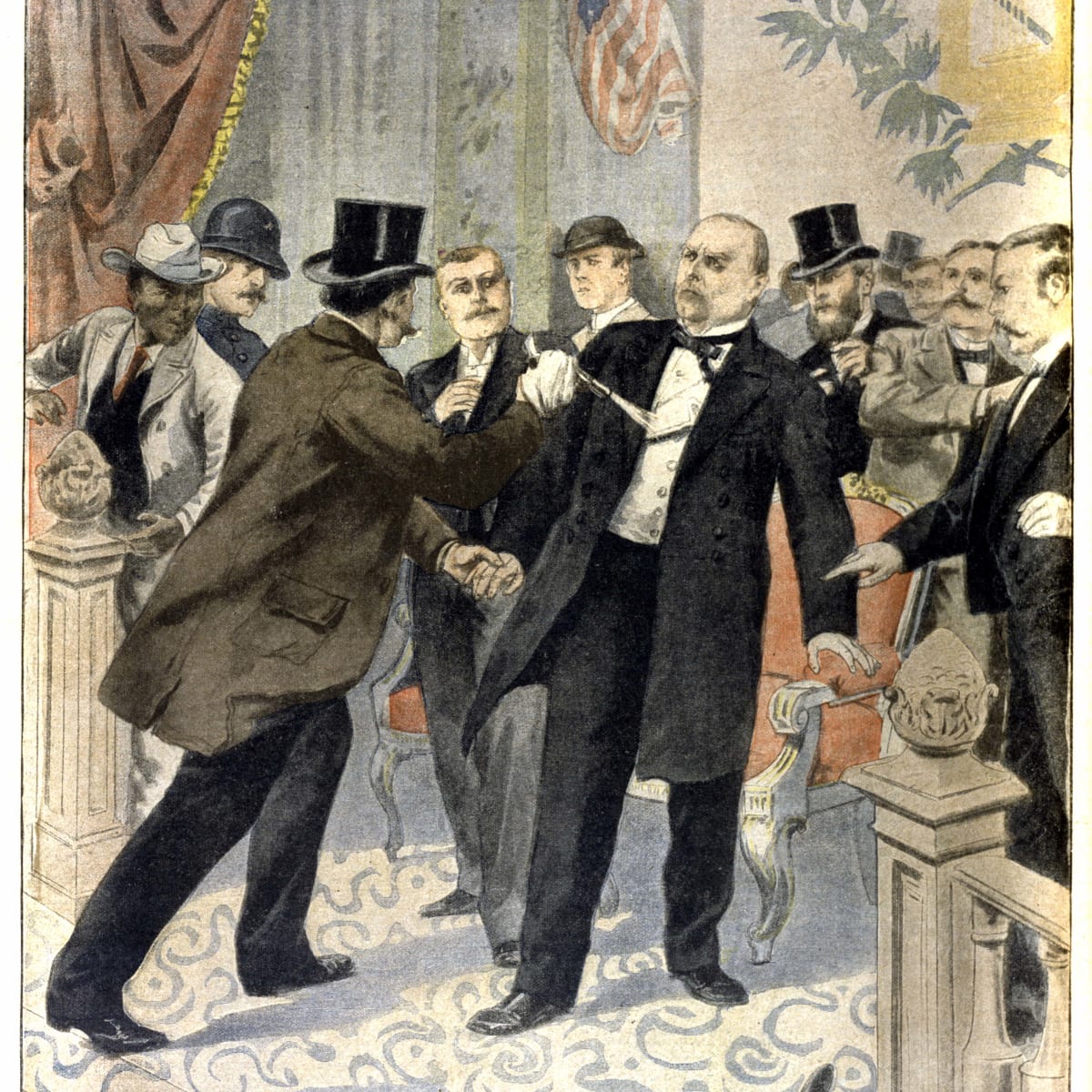 JEWS SWARMED OUT OF POLAND AND RUSSIA beginning in the 1880s.

ON SEPTEMBER 6, 1901, a 28-year-old Polish Jew, Leon Czolgosz, walked into the Pan-American Exposition in Buffalo NY where McKinley was speaking and shot McKinley twice in the abdomen at point-blank range. McKinley died a week later and “Teddy” Roosevelt was sworn in as President, much to the delight of the NY Khazarians.

Prior to the assassination, Leon Czolgosz had fallen in with Emma Goldman’s Khazarian anarchist crowd at Sach’s Cafe on Suffolk Street, their headquarters in New York City’s Lower East Side. (NYC’s Lower East Side was where Trotsky, owing to Jacob Schiff’s financial support, had recruited many communist Jews to travel with him to Russia to incite the October Revolution of 1917.)

Emma Goldman’s crowd had broken away from main-line socialists who were “under the eye of a paternal government.” Instead, Goldman’s crowd preached that social change could only be achieved through violence and assassinations. They preached that capitalists would never change on their own volition. Thus it was here at Sach’s Cafe that the assassination plot against President McKinley, a “capitalist,” was hatched.

One member of Emma Goldman’s group, Julius Edelson, was quoted by the NY police as saying to them:

— “No matter how much Czolgolz has been damned for his good work, we know that he was a great man. He was a true hero.” — See: “Anarchists Attack Police” Here

And not only this but the Jew, Emma Goldman, is extolled by Jewry as a “heroine” — even though she preached violence to attain her anarchist aims as recorded in The Jewish Women Archives:

— “Emma Goldman refused to condemn Czolgosz and other like-minded individuals who were driven to acts of violence against representatives of the capitalist system. Emma Goldman admired the sensitivity that led Czolgosz to this extreme.” —

Indeed – in Emma Goldman’s autobiography, Living My Life, when describing her arrest after McKinley’s assassination, she wrote, “My sympathies were with Czolgosz.” See: Emma Goldman’s Use Of Violence-Tragedy At Buffalo, October 6 1901, Here. (Click On “Full Image” & Scroll Down)

FOUR DAYS AFTER Czolgosz’ assassination of McKinley, on September 10 1901, Emma Goldman was arrested (but released!) in Chicago under suspicion of corroborating in President McKinley’s assassination. She was arrested many times prior to and after this arrest for “inciting to riot and violence.” Here 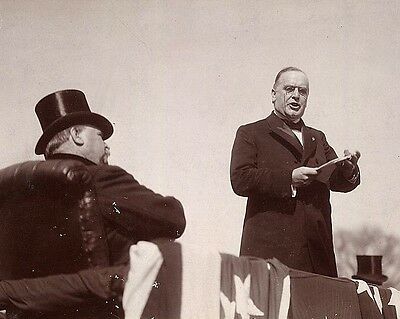 GOLDMAN’S LOVER WAS ANOTHER Khazarian communist-anarchist by the name of Alexander Berkman. Berkman was imprisoned in 1892 for his attempted assassination of the steel magnate, Henry Clay Frick.

Emma Goldman assisted Berkman in his attempted assassination of Frick by obtaining a pistol for him to use Here (1st paragraph) And: Here. But at the trial, Berkman refused to testify against his Khazarian-communist lover, Emma Goldman.

Goldman visited Berkman in prison where they talked about their future anarchist plans Here. Both Goldman and Berkman were associated with the “Haymarket Anarchists,” a group led by 8 Jewish communists who threw a bomb into a crowd that killed 7 police officers during their Chicago anarchist rally in 1886 Here.

Emma Goldman and Alexander Berkman, being communists, were most likely funded by the powerful communist-supporter, Jacob Schiff, the renowned Khazarian banker of Kuhn Loeb, who funded the burgeoning Bolshevik movement in Russia.

Through Emma Goldman’s association with Schiff, and other powerful Jews, she was never charged with her numerous crimes which included her role in the McKinley assassination as well as inciting violence against American police.

Eventually, Emma Goldman was finally deported to Russia where she joined the Bolsheviks and later assisted them in inciting the communist rebels against the Christian loyalists in the Spanish Civil War.

[1] Woodrow Wilson, The New Freedom: A Call for the Emancipation of the Generous Energies of a People (New York: Doubleday, 1913), 13.