[ Editor’s note: In another insightful piece, Stuart notes the inconsistent approaches to Chinese and Israeli narratives in British politics. Britain hypes the Chinese threat while ignoring the theft of its state sovereignty by Israeli psyoperatives.

Influence pedaling is certainly not a British Parliament exclusive. US politicians rush to the hog trough when there is any word in DC of a ‘new buyer’ in town looking to purchase some influence in return for some favors.

Our system is a bit more formal, as the point man or woman gets an attorney who keeps everything legally tidy, and for a tidy legal fee I might add, as influence pedaling is done right out in the open, even by ex-Congressmen.

Is China trying to get revenge for the British Opium Wars by slipping an agent into the land of Big Ben, to see what doors she can manage to get in?

Some countries deemed hostile to the US would have difficulty doing this, but it appears not in Britain. As always, Stuart has taken us inside the story to show ‘how the Brits do it’… Jim W. Dean ] 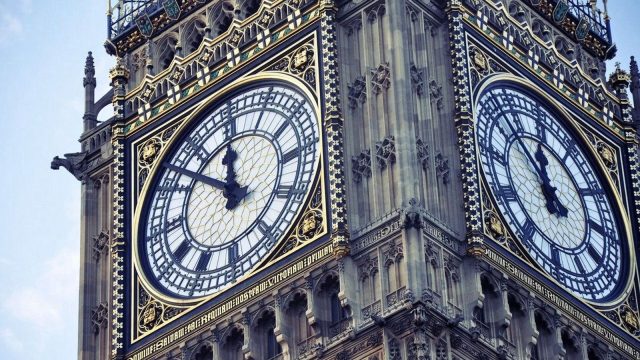 CNN report that Britain’s counter-intelligence service, MI5, has issued an “interference alert” about a “potential threat” posed by Christine Ching Kui Lee, a lawyer with offices in China and the UK.

She had “acted covertly” on behalf of a department within the Chinese Communist Party to cultivate links with UK parliamentarians across the political spectrum and facilitate donations “on behalf of foreign nationals”.

According to CNN, China’s Foreign Ministry denied that Lee was a Chinese agent and said Beijing “has no need and will not engage in so-called interference activities”. They accused British officials of trying to hype up the ‘China threat’ for ulterior political purposes.

However, CNN claim that according to Britain’s parliamentary register of political donations Lee gave at least £461,000 ($639,000) to Barry Gardiner, a Labour party MP, between 2014 and 2020, mostly through funding of his staff, and her son even worked in his office and had a parliamentary pass. Lee also donated £5,000 ($6,800) to the leader of the Liberal Democrat party Sir Ed Davey in 2013.

None of this is illegal in the UK as long as the money is properly reported and its source verified; and Lee, say CNN, is listed as a British national. Furthermore there’s no requirement in the UK at present for agents of a foreign power to be registered. Surprising? Not really, when you consider the privileged ‘establishment’ names that would be exposed.

Gardiner said he hadn’t benefited personally from Lee’s donations and would continue to work closely with the security services. Davey told CNN his local party association had accepted the donation and it was reported properly. “The government must make it a national security priority to protect the UK’s democracy from threats and interference by foreign actors,” he said.

Apparently the payments were made through law firm Christine Lee & Co Solicitors, which appears in a directory called the “UK Advisory Network” — a list of business services compiled by the Department for International Trade (DIT) for the benefit of foreign investors setting up in the UK. The directory says that members go through a robust vetting procedure and the DIT told CNN:

“The department has no record of any relationship with Christine Lee.” It also says “the Network provides a forum for feedback to the government on issues affecting the business environment and ultimately informs efforts to make the UK even more business friendly”.

But it seems Lee’s firm was advertised on the Government’s website when MI5 issued an alert about it, and the British government had for some time been directing investors towards an organisation run by a woman accused by the country’s own intelligence service of political interference on behalf of China.

According to Luke de Pulford of the Inter-Parliamentary Alliance on China, which wants tougher rules on China, what this case shows “is an abject failure of government vetting, and extraordinary naivety on the part of the government when it comes to the purpose of these kinds of institutions and individuals”.

Having somebody at MI5 publish an alert about advertising their services on the government website is “truly is remarkable”, he added.

Lee, a former legal adviser to China’s embassy in London, has been active in UK political circles for 15 years. The Home Office launched a consultation last year on new legislation designed to strengthen safeguards against hostile state interference and a bill is expected be presented to the House of Commons early this year.

Ian Duncan-Smith, a former leader of the Conservative Party and a critic of China, recently raised the alarm about Lee in Parliament warning that “an agent of the Chinese government” had been actively working to “subvert” the process of Parliament.

“This is a matter of grave concern,” he said. And Home Secretary Priti Patel said in a Commons statement that the threat of interference by foreign powers was growing and diversifying. “We can expect to see these kinds of alerts become more commonplace as a result of the work of our world-class intelligence agencies, who have adapted to counter these new and emerging threats. We will introduce new legislation to provide the security services and law enforcement agencies with the tools they need to disrupt the full range of state threats.”

But Patel is herself a worry in this respect. While International Development Secretary she had 14 meetings with Israeli politicians (including the then prime minister Netanyahu and his security minister) during a family holiday in Israel without telling the Foreign Office, her civil servants or her boss Theresa May, and without government officials present. This was not only a two-finger salute to the Ministerial Code of Conduct but a gross breach of security.

She was accused of freelancing in foreign policy and said to have tried persuading colleagues to send British taxpayers’ money as aid for an Israeli forces project in the Golan Heights…. like we didn’t need the money here, with 300,000 homeless and sleeping rough. Furthermore she actually visited the Golan Heights presumably knowing it is Syrian territory stolen in 1967 by the Israelis who have illegally occupied it ever since. Touring it with the thieving occupation army was a monumental diplomatic blunder.

Patel’s meetings in Israel were reportedly arranged by Lord Polak. This individual was Director of Conservative Friends of Israel for 26 years, and is now its hon. president. He was appointed CBE [Commander of the Order of the British Empire] “for political service” then created Baron Polak. According to this report in The Guardian, he appears to work pretty much full-time for Israel and has abused the privilege of peerage.

And of course we all remember the Shai Masot affair in which Masot, an employee of the Israeli embassy and probably a Mossad asset, plotted with gullible British MPs and political hangers-on to “take down” senior government figures including Sir Alan Duncan. “The UK has a strong relationship with Israel and we consider the matter closed,” the Conservative Government hurriedly announced.

According to some reports Masot served in the Israeli navy in Palestinian waters off Gaza. Given the many atrocities committed by Israel’s gunboats against Gaza’s fishermen, and children playing on Gaza’s beach, and even peaceful unarmed humanitarian vessels bringing relief to the sick and starving there, he may well have been on a wanted list for questioning about war crimes.

Masot’s damning comments were captured and revealed in an undercover investigation by Al Jazeera while Britain’s own investigative journalists and “world-class intelligence agencies” were asleep at the wheel.

Masot’s hostile connivings were going on under the eye of a recently arrived ambassador, the obnoxious Mark Regev, ace propagandist, mastermind of the Israeli Lie Machine and personal spokesman for the Zionist regime’s chief thug, Netanyahu.

I trust Ian Duncan-Smith sees Israeli interference in the process of Parliament, aided by a large contingent of his own (Conservative) party, as “a matter of grave concern” too.