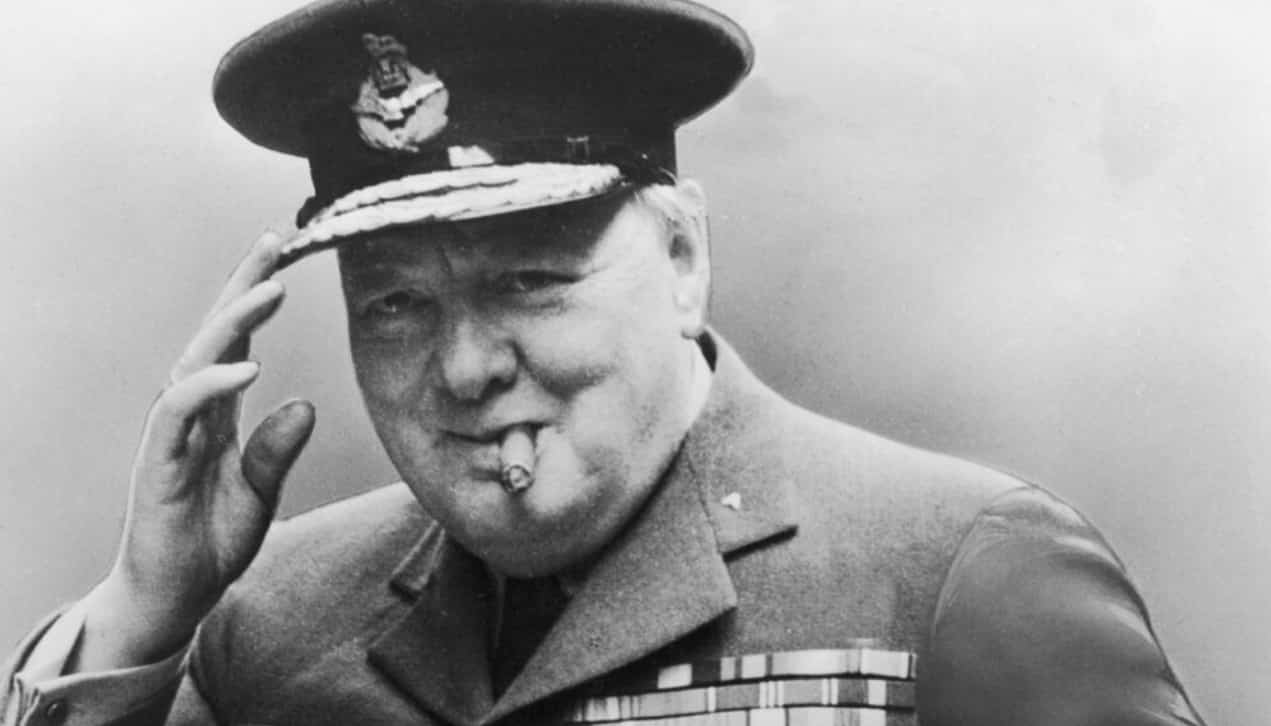 If the cold war ever heated up, Kyiv would have been the recipient of decisive nuclear assault from the UK and the US, yet the west is now delivering military assistance to Ukraine.  What has changed? Why isn’t Ukraine a threat to the west as it was beginning in 1945 and throughout the cold war? Is it because it is misguided, looted, and impoverished?

It seems Ukraine has now become what Winston Churchill, the UK, and the US intended for Eastern Europe, and it must be maintained fighting against itself. Post-Soviet Ukraine shows what Eastern Europe can expect should UK-US accomplish Churchill’s vision, as I explain below.

Cold War- Churchill’s missed an Opportunity for a War Most of us are happy that the cold war never heated up. However, I know some regretted bitterly that such a war never materialized. How do I know this you ask? Just Google “Operation Unthinkable” or “Operation Dropshot”. In the former, you will find that the UK Prime Minister, Winston Churchill, wanted to launch another war in Europe in 1945, even before WWII was concluded, and not because USSR’s red Army posed any threat to other Allies.

Instead, Churchill felt that the UK and the US needed to impose “their will” on the Soviet Union. This ‘will’ was loosely defined as having a “square deal” on Poland; a pro-west Poland. Now that they have a pro-west Poland, why the escalation in Ukraine? Churchill envisaged a future in which the Soviet Union would have no say in Europe, where it was partly located, but the UK, an island outside Europe would. He purported to offer a better vision for Europeans, a pretense driven by the need to divide and conquer Europe through senseless squabbles and wars.

Even before the devastation that had been caused by WWII had been addressed, the UK under Churchill wanted another war. Some versions of the said, “Operation Unthinkable” envisaged bringing the defeated Nazi Germans into the UK-US side in their fight against the Red army. Therefore, the West’s claim to abhor Nazism or even support democracy seems to have been less important than their need to control Europe. If anyone thought that Churchill’s UK was the only warmonger, Americans had more impressive ambitions. Instead of pushing the Soviets out of Europe, they developed an elaborate plan to nuke all soviet cities, starting from Moscow, Petersburg all the way to Tashkent. The US developed these plans as it outwardly pushed a façade of supporting ‘democracy’.

It is possible that the only reason why Muscovites, Kyivites, and other Soviet cities’ residents were not vaporized alive or converted into heavily mutated beings was that the US lacked adequate nuclear bombs for this diabolical adventure. From this lengthy history, my point is that the West’s claim to care about Ukrainians or democracy is a façade.

If the US had obtained enough nuclear bombs and bombers before the Soviet Union developed its own, there would not be Ukraine to ‘democratize’ in 2014 and ‘defend’ 2022.

The Soviet Union and its diplomatic successors seem to be more responsible with its military than the West, meaning the world needs to be more careful with the latter. The UK-US like presenting themselves as ‘democratic’ and militarily responsible players despite unacceptable deaths and suffering they have caused through their never-ending wars across the world.

Meanwhile, the ‘undemocratic’ Soviet Union did nothing close to Hiroshima or Nagasaki, or even what was contemplated under “Operation Dropshot”. The USSR had appreciable benefits that can be built upon, but the west can’t let it happen. Let’s take Ukraine as an example. Soviet Ukraine was a superpower of its own sought. If the USSR was NATO, Ukraine was the UK.

The small country with a small natural resource pool and less manpower was a naval and aeronautic giant. Its aeronautical output included (but was not limited to) Antonov’s line of planes, proudly made by Ukrainians and their Russian brothers. Some of these planes have maintained a world record for their size and carrying capacity to date. Also, the country made numerous naval and civilian sea vessels. These and other industries provided many employment opportunities and hence incomes to Ukrainians.

Meanwhile, the UK and the US obviously slammed Soviet Ukraine and Soviet Russia as being undemocratic. However, the process of democratizing these countries became mired in looting, in favor of London, leading to its economic renaissance. Some may remember ‘Londongrad’, in which Russia’s wealth ended up in London for some time. For Ukraine, it has never abated.

News from ‘democratic’ Ukraine involves Joe Biden bragging how he instructed Ukrainian leadership to include his lazy and inexperienced son into the board of Ukraine’s state corporation. The son reportedly earned handsomely but it is all fair in ‘democracy’. After looting Ukraine and killing industries that formed a healthy trade ecosystem with Russians, the next step is sponsoring war, just to keep Ukraine poor, divided, and weak.

A ‘democratic’ Ukraine under the west’s patronage can no longer make aircraft. It has to make do with Turkish drones. It can’t make sea vessels and has to rely on refurbished ones donated by the US. Ukrainians who should have grown to work in a vibrant shipbuilding or aircraft manufacturing industry at home have to migrate to provide low-wage labor in the west, if not be turned to Banderite militias.

Amidst social and economic turmoil, the problem, according to the UK-US is not their fleecing of Ukraine and forcing it to hollow out its industrial base through unnecessary antagonism with Russians. Instead, war, just as Churchill and Americans recommended in 1945 is the answer.

Then we see the west delivering ‘military assistance’ to Ukrainians. The hyped assistance cannot really prevent anything but only facilitate Ukrainians to kill each other. In the event that a war breaks out, Ukrainian-speaking citizens will find themselves using these weapons against Russian-speaking ones in the east and south.

Nowhere else is the West’s ‘divide and conquer” game clearer. I cannot claim to know what happens next amidst boiling tension, but Modern Ukraine reflects Churchill’s vision for Europe and probably the entire world.