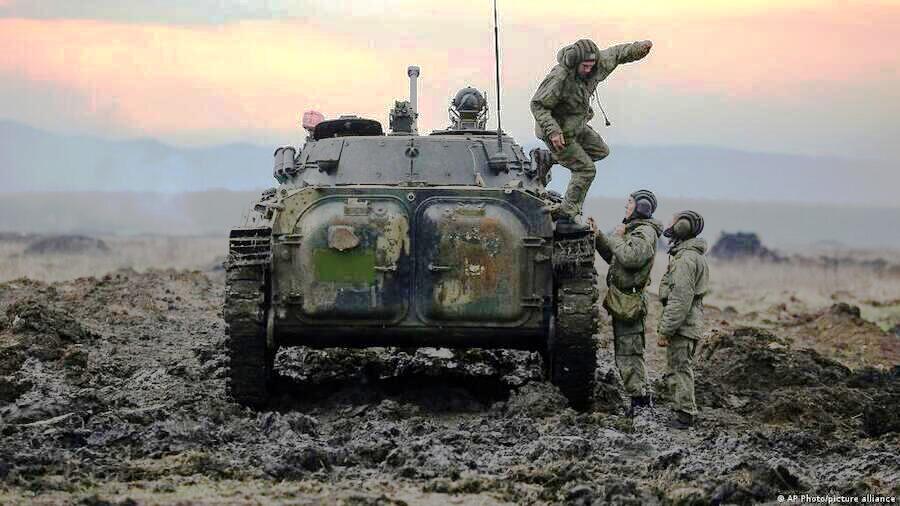 Video Evidence of the Situation with Ukraine and Russia 🤭👀

Bro they got it. Ain’t no need for the US to go over there. pic.twitter.com/kOtm9YysqM

A few hours ago, high activity of the Russian military was noticed on the territory of military field camps near the Ukrainian border, however, as it turned out, this was due to the fact that Russian troops began to leave their places of temporary deployment. The data on this subject was confirmed by the press service of the Western Military District.

According to the information provided by the press service of the Western Military District, at the moment, Russian units have begun to massively leave their deployment areas near the borders of Ukraine, which is due to the completion of a planned combat readiness check.

Russian aggression in Europe is a fraud. The aggressor is the US which has ringed Russia with missiles and bases. That is the inverted reality of the relentless US/UK propaganda 'news'. Read this and know your true enemy.https://t.co/UNFQ5ZxaoG

The lengthy exercises, contrary to the statements of the West and Kiev, did not lead to any aggression on the part of Russia, which only underlines the far-fetchedness of such accusations.

Nevertheless, Russia has demonstrated the highest level of readiness to instantly transfer large forces to its western borders, which is especially important against the backdrop of aggressive behavior on the part of Ukraine, the United States and a number of NATO countries.   Reuters never tires…

EXCLUSIVE: Russia's military buildup near Ukraine has expanded to include supplies of blood along with other medical materials that would allow it to treat casualties, a key indicator of Moscow's military readiness, three U.S. officials tell @Reuters https://t.co/3SjGCXChvw 1/5 pic.twitter.com/OgANi0DxSE

It is known that the Russian military successfully coped with the assigned combat missions, having worked out actions both in defense and in the offensive.