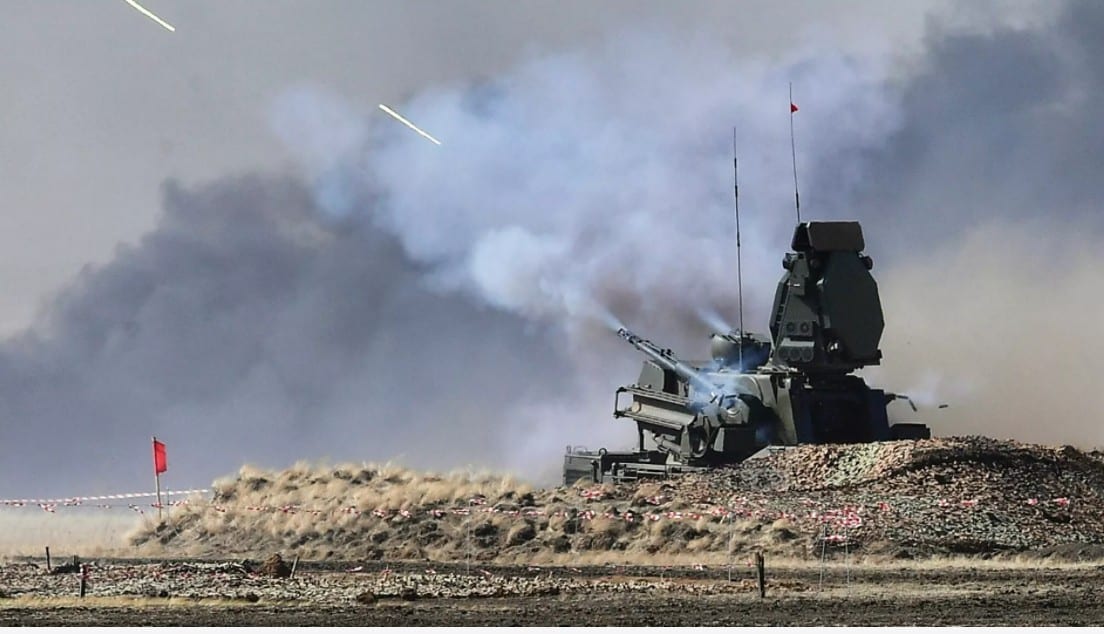 Sputnik: The redeployment of missile systems is taking place as part of the upcoming military exercises of the Union State of Russia and Belarus.

🇷🇺🇧🇾⚡️Arrival and unloading of the Pantsir S-1 Air Defence system of the Russian Armed Forces to Belarus.

After unloading, the air defense missile systems will march to the mission area, where they will take up combat duty for upcoming exercises. pic.twitter.com/zg8yeDVMNu

Russia, as part of an inspection of the reaction forces of the Union State, deployed 12 Pantsir-S anti-aircraft missile and AA artillery systems to Belarus, the Russian Defense Ministry told reporters on Saturday.

According to the ministry’s statement, the Russian military was on its way to relocating to the Republic of Belarus. Another train echelon delivered the Pantsir-S battalion of the Eastern Military District to the unloading train station.

As can be seen on the video from the ministry, the battalion of Pantsir-S complexes that arrived in the country includes 12 combat vehicles, each of which can carry 12 anti-aircraft missiles in transport and launch containers.

The Russian military added that after the unloading is finished, the personnel will march to the specified areas, where they will take positions and commence combat training duty as part of the Unified Regional Air Defense System of Belarus and Russia.

On Thursday, the Defense Ministry said that Russia has completed the redeployment of Su-35 fighter jets to Belarus for exercises. The crews took off from the airfield in Khabarovsk Krai and traveled a distance of about 8,000 kilometers. During the redeployment, there were two intermediate landings in the Central Military District.

The drills of the Union State forces will be conducted in two stages. During the first stage, held until February 9, groupings of troops on the territory of Belarus will be redeployed and consolidated. The second stage, held until February 20, will be the active part of the “Allied Resolve-2022” joint exercises, during which the focus will be the suppression and repelling of external aggression, as well as countering terrorism and protecting the interests of the Union State.