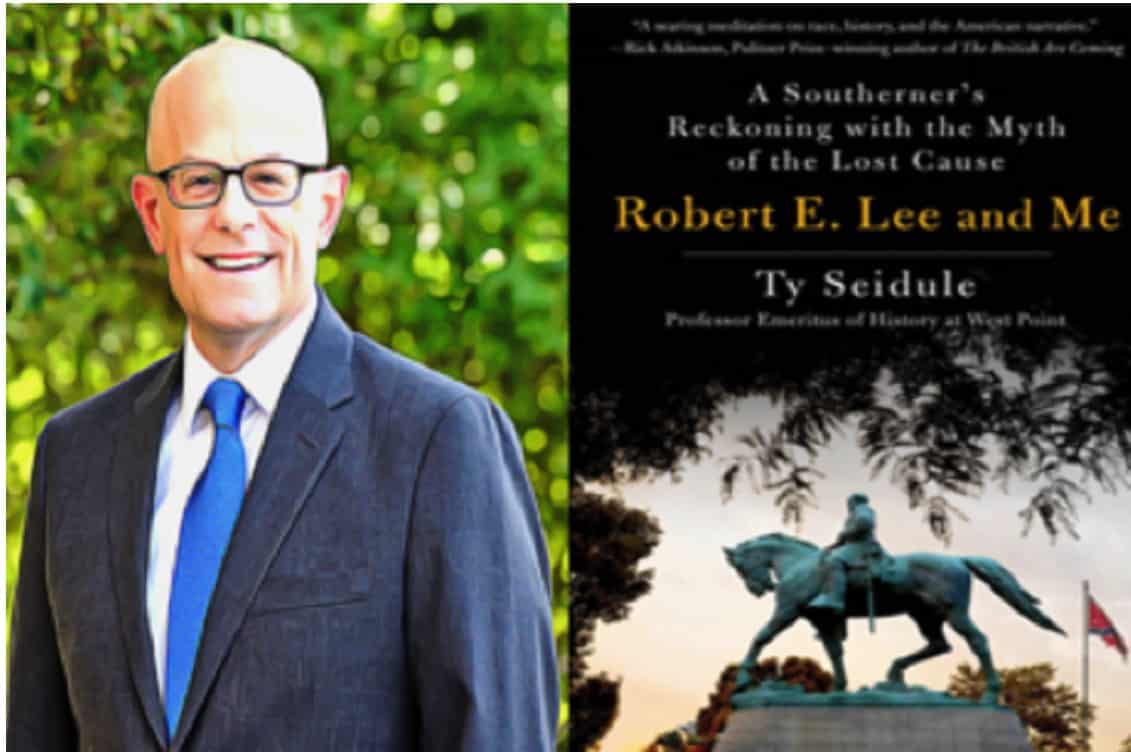 I grew up with a series of lies that helped further white supremacy. That’s uncomfortable. To see the real agony, think about the millions of people who lived their entire lives enslaved, knowing that enslavement would be the future for their children and their children’s children. Think of living with the violence of the Jim Crow era as an African American.

In his candid and searing recent memoir, Robert E. Lee and Me: A Southerner’s Reckoning with the Myth of the Lost Cause (St. Martin’s Press), retired US Army general and renowned professor of history Ty Seidule recounts his odyssey from youthful hero worship of Confederate General Robert E. Lee and an indoctrination in racist myths of the Lost Cause to acclaim as a historian devoted to challenging the poisonous white supremacist lies about slavery, the Civil War, African American inferiority, Jim Crow segregation, and the deified Lee.

As a distinguished scholar of history, a decorated soldier, and a native of the South, Professor Seidule writes with rare authority about race, the Civil War, and the myths and lies about the war that he learned from an education presented through the lens of racism and Confederate mythology. He explains how his early beliefs were shaped by white supremacist ideology that demeaned and dehumanized Black citizens.

These racist views imbued Southern culture and were widely shared throughout the country in textbooks, popular periodicals, and the media, with movies such as the award-winning Gone with the Wind and Disney’s Song of the South rife with degrading stereotypes of African Americans.

And Professor Seidule vividly describes his path to understanding and his emergence as a leader for historical truth and for a reckoning on race. He demolishes the myths about the saintly Lee and, based on extensive research and overwhelming evidence, concludes that Lee was a traitor to his country who fought to preserve slavery.

And, as Professor Seidule describes the military’s veneration of Confederate leaders in naming of bases and other actions, he rejects honoring of those who fought to preserve slavery and committed treason in the effort.

Robin Lindley is a Seattle-based attorney, writer and features editor for the History News Network (history news network.org. His work also has appeared in Writer’s Chronicle, Bill Moyers.com, Re-Markings, Salon.com, Crosscut, Documentary, ABA Journal, Huffington Post, and more. Most of his legal work has been in public service. He served as a staff attorney with the US House of Representatives Select Committee on Assassinations and investigated the death of Dr. Martin Luther King, Jr. His writing often focuses on the history of human rights, conflict, medicine, art, and culture. Robin’s email: [email protected]