Feature image: A lot of people died from the US supported Maidan coup, pawns in a cruel Western geopolitcal game

[ Editor’s Note: The verbal dueling continues, behind closed door and in the press, about the big bad Russian bear about to pounce on Ukraine. If Putin did pounce, many say it would play into the West’s hands, with it moving quickly to add the remaining former Soviet states into NATO as a ‘fait accompli’.

Putin has watched what the real powers behind the West did after their peace ‘arrangement’ not to move Western military forces toward the Russian border. Such talk was just that. The Western powers would move at a time of their choosing, and they have.

A serious attempt was made to take over Russia internally by buying up all the oligarchs to get control of the country’s major industries via ‘privatization’. The oligarchs moved into media as a prelude to running for high office, and when they made that move to install one of theirs as president, Putin and his KGB people counter-attacked to maintain control.

With all of Biden’s experience, having seen all the senseless waste of money, lives and broken bodies in America’s forever wars, I have not seen serious effort to deescalate the situation. Maybe he thinks the Republicans would jump on him for being ‘weak’.

Trump thought he would play Mr. Tough guy by pressing the assassination button on Soleimani and his staff on a diplomatic peace mission to a US Gulf ally, one that might even have been involved in setting Soleimani up.

Its result was the most major attack on US forces in some time with Iran’s ballistic missile attack on the US base in Iraq, one totally legal under the laws of war for retaliation. But Trump slid out of that by hiding the US KIAs. All involved in that assassination operation were on board covering up the disaster, as nobody wanted the blood on their hands.

This Ukraine showdown is a stupid game. Zelensky put where he stood on the matter on the line today, stepping in to play the only grown up in the room by asking the rambunctious Westerners to settle down before someone gets hurt… Jim W. Dean ] 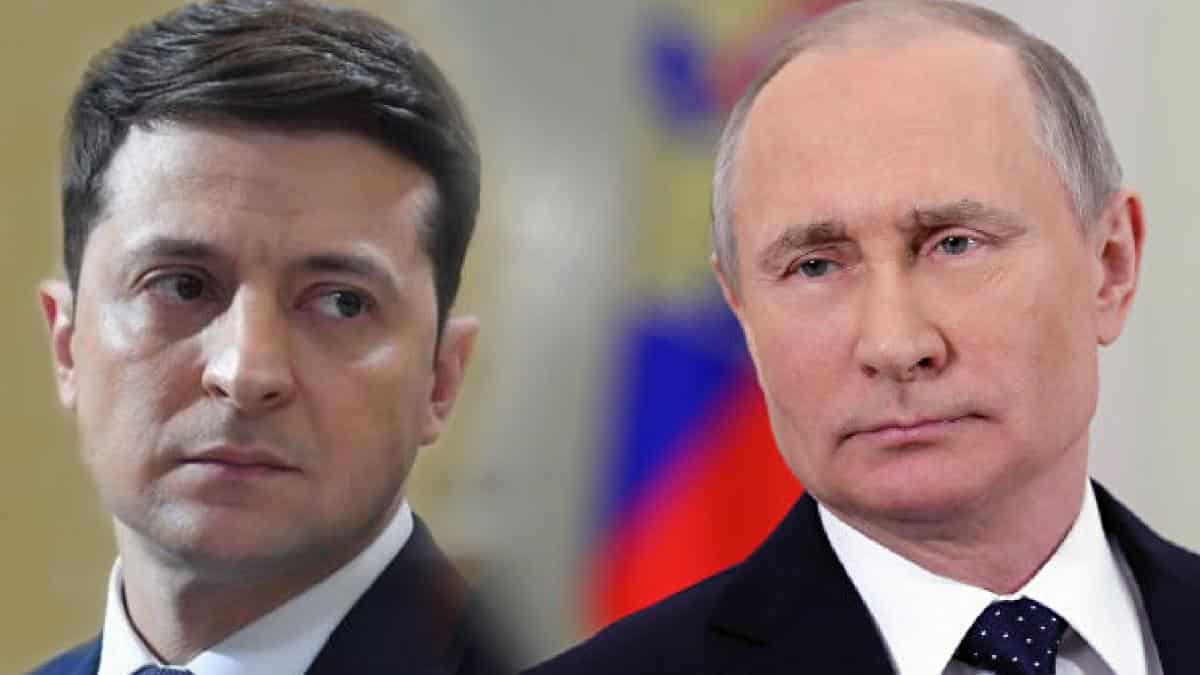 KYIV — Ukrainian President Volodymyr Zelensky on Friday criticized Western nations, including the United States, for their handling of Russia’s military buildup at his border, taking aim at his most important security partners as his own military braced for a potential attack.

The 44-year-old leader faulted the West for waiting to impose more damaging sanctions on Moscow — “that’s not the way to do it,” Zelensky said — while assailing decisions by the United States, Britain and Australia to withdraw some embassy staff and families, and accusing Western leaders of inciting “panic” with repeated suggestions that an invasion was imminent.

…“These signals have come even from respected world leaders, who speak openly and with undiplomatic language. They say simply ‘tomorrow there will be war.’ This is panic,” he said.

…“We’re grateful to the United States for its constant support of our sovereignty and territorial integrity,” Zelensky said. “But I am the Ukrainian president. I’m located here. I know … deeper details than any president.”

You can read the full WaPo article here.