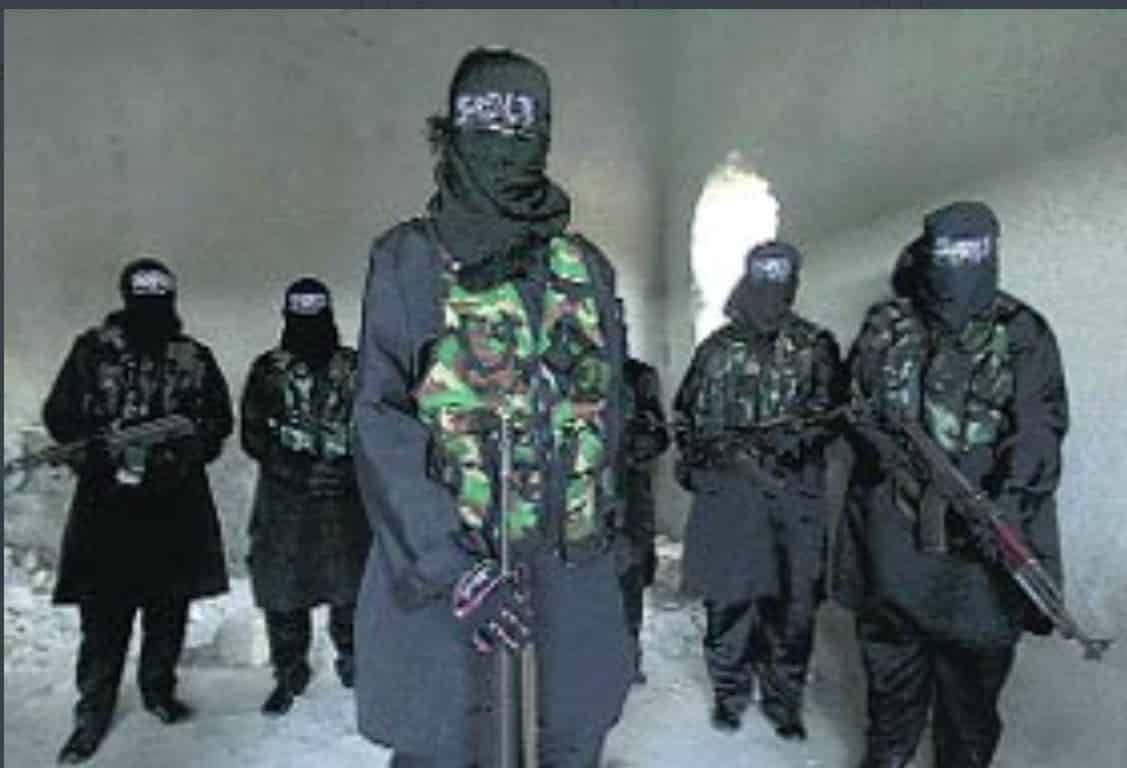 RT: A 42-year-old US citizen, Allison Elizabeth Fluke-Ekren, has been captured in Syria and transferred into the custody of the FBI to appear before a Virginia court next week, the US Department of Justice disclosed on Saturday.

An American woman, Allison Fluke-Ekren, a mother who lived in Kansas,allegedly trained women&kids to use AK-47 assault rifles&suicide vests in Syria has been arrested&charged with organizing and leading an all-female battalion of the Islamic State group. Strange? pic.twitter.com/HcsZBN8kM7

FBI: Allison Fluke-Ekren of Kanas aka Umm Mohammed al-Amriki charged with planning and recruiting operatives for a “future attack on a college campus inside the United States and serving as the appointed leader and organizer of an ISIS military battalion.”

According to now unsealed documents, the woman, believed to be a former teacher, played an active role in helping Islamic State (IS, formerly ISIS) terrorists to train women and children as suicide bombers in Syria. Known by several names, including some Arabic, she also allegedly planned to carry out terrorist attacks on a college campus and a shopping mall in the US.

Citing a report from a special agent who investigated the woman, including through information provided by a number of cooperating witnesses, US officials revealed that Fluke-Ekren allegedly organized and led an IS battalion, known as the Khatiba Nusaybah, which was composed solely of women. She trained them to use assault rifles, grenades and suicide belts, documents suggest, adding that over 100 women and young girls had been drilled by the US citizen on behalf of IS.

KANSAS WOMAN RECRUITED ISLAMIC MILITANTS
Allison Fluke-Ekren wanted to recruit operatives, to attack a college campus in the U.S. and discussed a terrorist attack on a shopping mall. #terrorism https://t.co/W35Te5nesU

Terrorist leaders “were proud to have an American instructor,” while she herself “wished to engage in violent jihad,” witnesses suggested.

Islamic State may have been forgotten, but they are not gone

Children were also trained “on the use of AK-47 assault rifles and suicide belts,” the US Department of Justice stated in their report. Fluke-Ekren is now charged with providing material support or resources to a foreign terrorist organization, and faces up to 20 years behind bars.

The woman – who traveled from the US to Egypt in 2008, and then ended up in Syria after spending some time in Libya and Iraq – has allegedly been involved with “a number of terrorism-related activities on behalf of ISIS from at least 2014.” A potential attack on a college campus in the US was among those activities. In a plot apparently approved by terrorist leaders, she planned to plant a backpack full of explosives on the campus grounds and flee. The attack planning was put on hold after she learned she was pregnant.

In a different scenario, Fluke-Ekren allegedly told a witness about her desire to kill as many people as possible at a shopping mall in the US. To carry out the attack, she would have parked a vehicle full of explosives at the mall’s underground parking and then remotely detonated it. “She considered any attack that did not kill a large number of individuals to be a waste of resources,” according to the documents.

The former US teacher was radicalized to a level “off the charts,” according to a witness who interacted with her. Asked to rate it on a scale of 1 to 10, with 10 being extremely radicalized, the witness gave her “11 or 12.”

Fluke-Ekren has been married several times and has multiple children, according to the investigation. One of her late husbands, who she met in the US, was a sniper trainer for IS, while another, also now dead, allegedly worked on a project involving drones carrying chemical weapons.