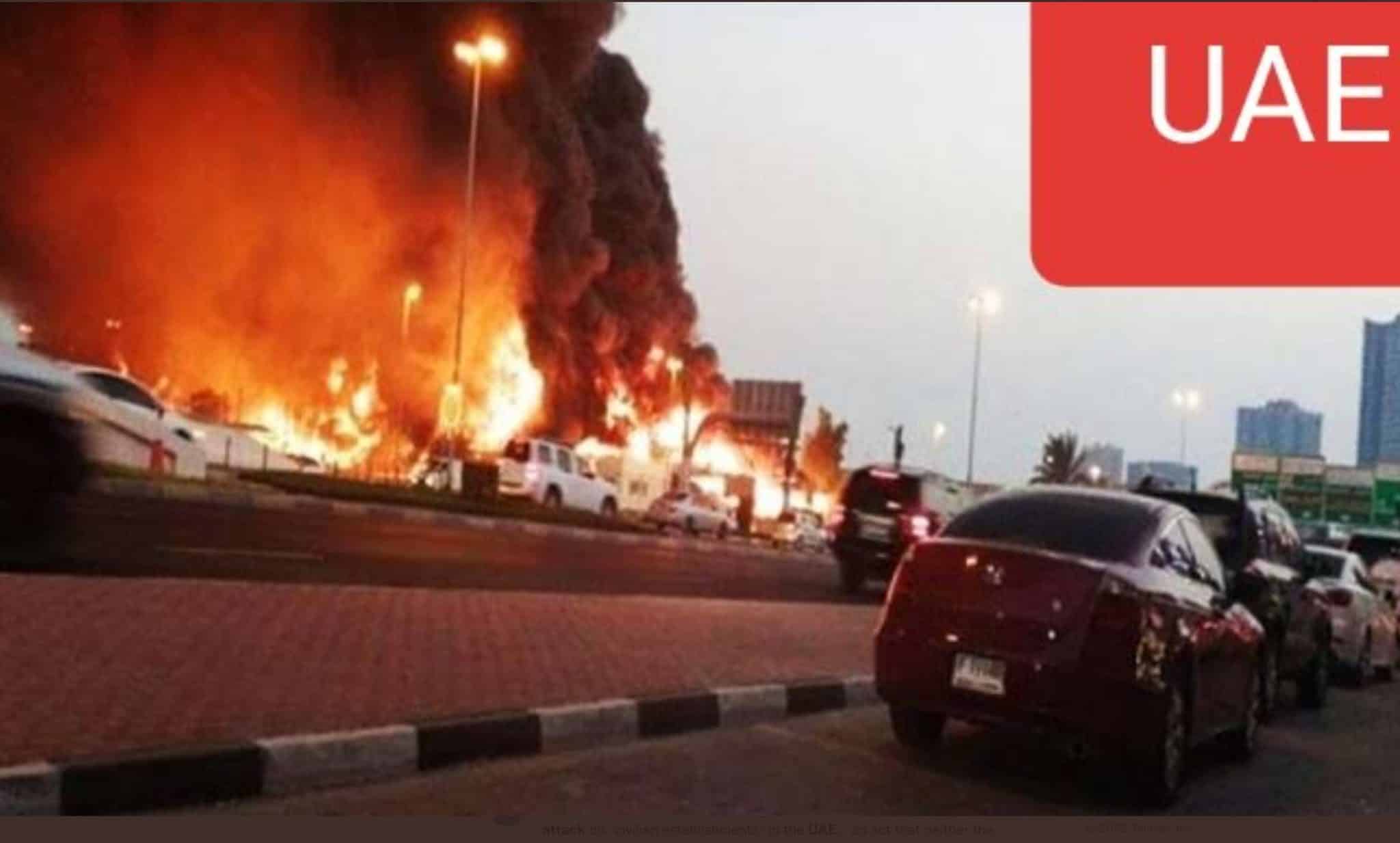 The UAE is under full censorship…

We condemn the latest Houthi missile attack on Abu Dhabi. While Israel’s president is visiting the UAE to build bridges and promote stability across the region, the Houthis continue to launch attacks that threaten civilians.

Avia Pro: The Ansar Allah movement is preparing (has now begun) a massive strike against the UAE in response to the attack on the Houthis.

Yemen's countdown for another attack on the UAE.
The Al-Khabar Yemeni website,citing Yemeni intelligence sources,said that the largest missile and drone strike against the UAE is being prepared
During the operation,it is planned to use 300 UAVs,50 ballistic and 46 cruise missiles pic.twitter.com/LTtlwq11U2

Yemeni rebels from the Ansar Allah movement intend to carry out a large-scale attack on UAE facilities as a response to the country’s recent air attack on the positions of the Houthis, which led to the loss of a number of areas controlled by the rebels.

As follows from the data of the Arab news resource “Iran International”, a strike on the UAE is planned to be implemented in the coming days. At the same time, the Houthis intend to use 300 kamikaze UAVs, 50 ballistic missiles and 46 cruise missiles.

He added that the military Houthis are determined to go “deep inside the UAE to achieve their military goals.”

Houthi military intelligence sources said “an estimated 300 drones, 50 ballistic missiles and 46 cruise missiles” will be used in the operation dubbed the “Al-Aram flood” to “paralyze the UAE’s economy”, – reports the Arabic edition of “Iran International”.

Given that the latest attack by Yemeni rebels on the UAE came just days after the Houthis announced that they were preparing a strike, the current attack could occur before the end of the week. Moreover, a fairly large number of drones and missiles can simply overload the UAE air defense system, making repelling an attack ineffective.

The Yemeni Armed Forces have carried out a large-scale military operation against strategically important targets deep inside the United Arab Emirates (UAE) in retaliation for the Persian Gulf country’s increased involvement in the Saudi-led war and all-out siege on their country.

The spokesman for the Yemeni Armed Forces said at a press conference in the capital Sana’a on Monday that Yemeni troops and their allies conducted the Yemen Storm-3 operation against the UAE, using homegrown ballistic missiles as well as combat drones.

A high-ranking Yemeni military official says future retaliatory strikes by the Yemeni Armed forces and their allies on the UAE will be “more painful.”

The senior military official went on to stress that “the UAE will remain unsafe as long as Israeli mercenaries in Abu Dhabi and Dubai continue to launch acts of aggression against our nation and homeland.”

Saree then renewed his call to foreign workers, international companies as well as Emirati nationals to stay away from military and industrial facilities in the UAE, stating that the sites are viewed by the Yemeni Armed Forces as “legitimate targets.”

“We will not stand idly by while our people are suffering from a tight blockade and numerous crimes being perpetrated against them. We will continue to legitimately defend Yemen until the [Saudi-LED] aggression and siege stop,” the top Yemeni military official pointed out.

The Yemen Storm-3 operation took place in the midst of Israeli President Isaac Herzog’s first visit to the UAE.

The diplomatic trip comes more than a month after Naftali Bennett became the first Israeli prime minister to visit the country, which normalized ties with Israel in September 2020 under the so-called Abraham Accords that were brokered by the United States.

Saree said at the time that important targets in Dubai were also struck with Sammad-3 drones.

Top Yemeni diplomat calls on UAE, Saudi Arabia not to count on foreign support promises, says they must quit war

The Yemeni foreign minister advises Saudi and Emirati authorities not to count on promises of support from their foreign allies.

Saudi Arabia and a number of its regional allies, backed by the United States and European powers, launched the war on Yemen in March 2015, with the goal of bringing the government of former Yemeni president Abd Rabbuh Mansour Hadi back to power and crushing the Ansarullah movement.

The war has left hundreds of thousands of Yemenis dead and displaced millions more. It has also destroyed Yemen’s infrastructure and spread famine and infectious diseases there.

Despite heavily-armed Saudi Arabia’s incessant bombardment of the impoverished country, the Yemeni armed forces have gradually grown stronger, leaving Riyadh and its allies, most notably the UAE, bogged down in the country.