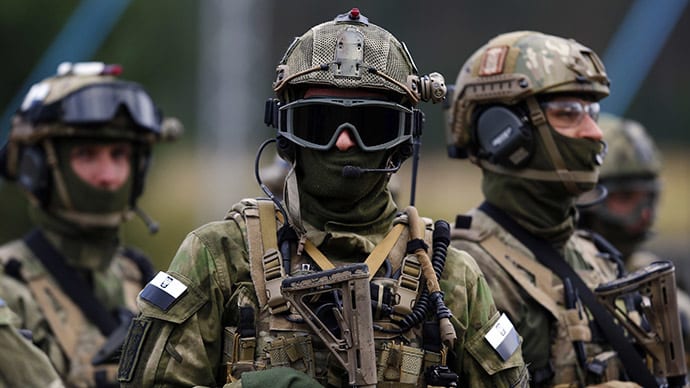 JEA: Mark Dankof again nailed it: The US-NATO warmongering over Ukraine is all about the military industrial complex making money at the expense of the average American and virtually everyone who is concerned about the Khazarian Mafia heralding wars almost everywhere on the planet.

This is certainly a diabolical plot. It is so interesting that Matt Johnson of Haaretz has recently come up with an article saying that people ought to “forget NATO” and concentrate on the idea that “Ukraine’s Problem Is Russian Imperialism.”[1] Really? Will Johnson apply the same principle to Israel? Will the United States allow any country to surround its borders without severe consequences?

You see, it simply doesn’t make sense. John J. Mearsheimer of the University of Chicago would disagree with Johnson’s idea. In fact, Mearsheimer argued that “the Ukraine Crisis Is the West’s Fault.”[2] 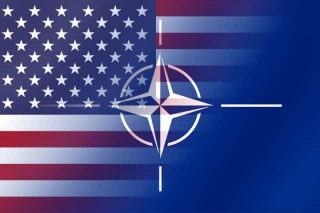 Addressing current US-Russia tensions around Ukraine, Pentagon Chief Lloyd Austin said: “Conflict is not inevitable. There is still time and space for diplomacy”. Why does the US continue to publicly take a harsh tone against Russia, when we’re in a situation where any provocation might lead to a large-scale conflict?

As I told the Tehran Times recently, the position of the United States government on Russia and Ukraine is “certifiably insane.” Pat Buchanan and David Stockman have boiled it down to the essence of the problem:

1) The United States lied to Mr. Gorbachev in the wake of the coming down of the Berlin Wall and the end of the Soviet Union when it promised not to recruit ex-Soviet Republics for NATO membership, or to move American and NATO military assets and exercises closer to Russian borders.

2) The current crisis over Ukraine is the direct result of an illegal American and EU coup d’etat in Kiev in February of 2014 which overthrew the legally elected government there.

3) The United States has absolutely no true national security interest in meddling in what is none of our business in Russia’s back yard. One will note that Lloyd Austin and all of these other “patriots” scream at the notion of any Russian military presence in Cuba or Venezuela, but reserve the right in the interest of “democracy” to hold a dagger at Russia’s throat–and Iran’s and China’s–in their respective backyards. It is utterly preposterous–and recklessly dangerous.

The bottom line with Austin and all of these other people is their relationship with defense contractors and Neo-Conservative think tanks and NGOs. Follow the trail of the money. The Intercept is but one source easily available on Google search to review these trails.

While stating America’s unwillingness to send troops to Ukraine to fight for Kiev, Biden announced that he’ll be moving US personnel to Eastern Europe and NATO countries in the near term. How do these two ideas mesh?

Biden and his warmongers in both political parties have apparently thought better of crossing a Red Line for Russia where Russia will not back down (Ukraine). They will continue their irresponsible deployments in Eastern Europe. It is important to see how all of this duplicity escalated in the Clinton Administration with both NATO additions and in the criminal bombing of Serbia. Charles Bausman’s Russia Insider chronicles this in an article first posted in 2015 and entitled, “Remembering NATO’s Brutal Bombing Campaign in Serbia.”

There is yet another angle on what Washington and Kiev have going on in the Donbass: The deployment of mercenaries from the United States and the West with Ukrainian special forces types in the Donbass, to engage in paramilitary operations and acts of terror, including the probable set up of False Flags as was the case in attempting to overthrow the Assad regime in Syria. I have been following this through Donbass Insider and several sources on the ground there who send me what is not available for obvious reasons in an American mainstream media.

Here’s a classic example of how all of this works: Michael Vickers, ex-American Undersecretary of Defense for Intelligence, recently wrote a gung-ho editorial for the Washington Post on committing American troops to Ukraine. The Post failed to mention that Vickers is on the Board of Directors of the British BAE Systems, the largest weapons company in Europe, and whose stock value rose 10% in this crisis. It is the Lloyd Austins, Michael Vickers, and Joe “Burisma” Bidens of the world who are risking the lives of literally millions of people in this demonic lunacy.

Russia has stressed on multiple occasions that it is not considering any military option, while insisting on a dialogue, especially on the security guarantee talks. Why are we witnessing increased pressure from the West? How is it helping (or hurting) the dialogue between the countries?

There is no dialogue between the United States and NATO and Russia, any more than there is dialogue between the United States and Iran. This is all about maintaining the supremacy of the Western central banking system, the American petrodollar, the profits of armaments manufacturers, and the State of Israel and its global lobby. There is no dialogue, only a pack of lies backed by military deployments and threats, economic sanctions and blackmail, black operational subversions in these countries, all couched in diplomatic language and the Orwellian use of terms like “democracy,” “human rights,” and “negotiations.”

Sputnik International: What is Washington’s casus belli here for promoting warmongering rhetoric over diplomacy? What do they want to get from such an escalation?

My previous answer basically suffices in answering this one.

In this regard, Biden, Austin, and Vickers are joined by a classic GOP salesman and “patriot” for globalism, Neo-Conservatism, and Zionism: Congressman Michael R. Turner of Ohio’s 10th Congressional District which includes Dayton’s Wright Patterson Air Force Base (WPAFB).

Turner has been making the rounds in attempting to sell his wares everywhere he can, including both Fox News and CNN. In recently being added as the ranking Republican member of the House Intelligence Committee, along with his concurrent membership on the House Armed Services Committee, Turner was credited by House Minority Leader Kevin McCarthy (R-CA) with successfully fighting the Democrats’ Russia collusion hoax.

All well and good, but then people like Turner and McCarthy proceed to follow the even more dangerous path on NATO expansion, Ukraine interventionism, and the Israeli line on JCPOA.

Check out the Turner profile on Wikipedia: His Committee Assignments will tell you what money buys.

Three things are guaranteed: 1) Turner isn’t going to be on CNN debating Pat Buchanan or David Stockman on Russia, NATO, and Ukraine. 2) Turner isn’t going to tell his “patriotic” Christian voters in the 10th Congressional District of Ohio about the CIA-NED subversion of the post-Communist Russian Orthodox cultural revival and renaissance in that country via covert support for LGBTQ demonstrations there or the activities of the Pussy Riot types in that country.

And 3) when blowing the Shofar Horn for the Israeli Lobby, he won’t be talking about the bombing of the King David Hotel, the Lavan Affair, the Ben Gurion-Meyer Lansky link to Dealey Plaza. the NUMEC thefts, the Israeli bombing of the USS Liberty, the Pollard and Ben-Ami spy cases, the PROMIS Affair, the truth of 9-11, or the Clean Break roadmap to American janissary wars in the Middle East courtesy of the Project for the New American Century (PNAC).

Sputnik International: Ukrainian President Volodymyr Zelensky has called on the West to remain calm over the tensions with Russia, in spite of the Western rhetoric about “invasion” plans. Even Ukraine itself is asking for de-escalation and a return to diplomacy. Why is the country the West claims to care about not being heard?

Perhaps Zelensky realizes that he’s in over his head in this. The European members of NATO need to reflect on their respective situations as well. Their own innocent populations will be the first be to hit en masse. For what? Joe Biden? Lloyd Austin? Michael Vickers? Mike Turner?

I have a suggestion for Sputnik International and other international news agencies: the promotion of a globally televised debate. Team One is comprised of Pat Buchanan, David Stockman, and Ron Paul. Team Two is Lloyd Austin, Mike Turner, and Victoria Nuland.

Who would accept that invitation? Team One members will. Team Two is likely AWOL but let us give them a chance under collegiate debate rules–including examination of evidence and cross-examination. Let’s have some Reality TV. Our lives may depend on it.

[2] John J. Mearsheimer, “Why the Ukraine Crisis Is the West’s Fault: The Liberal Delusions That Provoked Putin,” Foreign Affairs, September/October 2014.