…from Glenn Kirschner, with Justice Matters

[ Editor’s Note: We are getting closer to the nitty gritty for the DoJ to have a solid initial indictment on Trump. Glenn feels that continued delays puts wind in the sails of Trump rallies to continue Insurrection 2.0, making a bad situation worse than it is.

Newsweek, Jan 31st: Donald Trump has been accused of saying the “quiet part out loud” after suggesting Mike Pence should have “overturned the election” last January 6, but “unfortunately” failed to do so during his role as presiding officer of the Senate.

In a statement on Sunday night, Trump was denouncing bipartisan efforts to update the Electoral Count Act of 1887 to make it clear that a vice president doesn’t have the constitutional or legal power to prevent election results from being certified.

However, Trump interpreted the proposals as a way to prevent VPs from being able to change the outcome of the results, once again falsely suggesting Pence therefore had the power to do so.

We did see the DoJ indict the OathKeepers. But when going over every page of the indictment, it was obvious that the DoJ had all of the cel phone and messaging communications for a long time. Their indictments appeared to have been something that could have been done six months ago.

Is the DoJ holding off until the Jan6 Committee lays out what it has found, to not pre-empt its having center stage? The Committee has been backing up its ‘going public’ date, now into a May or April. Does the DoJ want to come behind them a month later for a one-two punch?

We will have to wait and see, but the Trump army grows week by week. We already know the DoJ does not have to have a completed investigation, because it can charge with one count and then later amend it with additional ones.

Trump is already using this time to build a protest army to light the country on fire if he is indicted, and then blame the conflagration on the ‘crooked’ Jan 6 Committee and the DoJ.

The flip side is that the DoJ has a ton of wiretaps on the Trumper army, collecting tons of evidence on Insurrection 2.0 to bury them. We will have to wait and see… Jim W. Dean ] 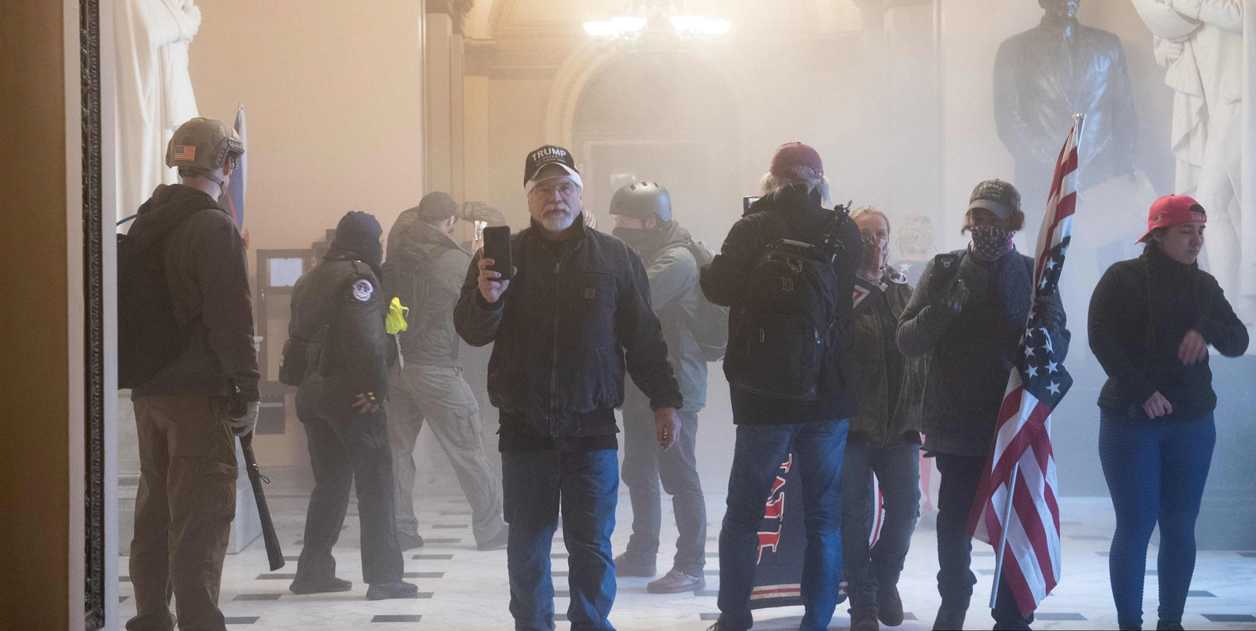 In the nearly 13 months since the Jan. 6 Capitol riot, hundreds of Americans — the foot soldiers of the insurrection — have been criminally indicted. However, not a single member of the insurrection’s suspected command structure, the planners and plotters, the organizers and funders, the orchestrators and inciters, has been charged.

And it’s still unclear whether any ever will be. This inaction from our very own Department of Justice could enable future attacks on our democracy.

Donald Trump is famous for, and adept at, taking a loss and spinning it as a win. When phone logs heavily suggested he had extorted Ukrainian President Volodymyr Zelenskyy, he told Americans his conversation with Zelenskyy was “perfect.” When he was impeached after that perfect call, he claimed he was the victim of a politically motivated “witch hunt.” When Robert Mueller’s report was released, he crowed about his “complete and total exoneration.”

Trump said his recorded phone call urging Georgia Secretary of State Brad Raffensperger to “find” enough votes to (fraudulently) declare him the winner of the election in Georgia may have been “even more perfect” than his call with Zelenskyy.

On Saturday, Trump continued to hint that he may run again in 2024, saying at a Texas rally that if he wins, he would consider pardons for convicted Jan. 6 rioters. And given Trump’s obvious patterns and proclivities, there is little doubt how a Trump campaign would spin things in the event the Justice Department declines to indict him.

…You can read the full MSNBC Daily article here.

SOURCEMSNBC
ATTENTION READERS
Due to the nature of independent content, VT cannot guarantee content validity.
We ask you to Read Our Content Policy so a clear comprehension of VT's independent non-censored media is understood and given its proper place in the world of news, opinion and media.