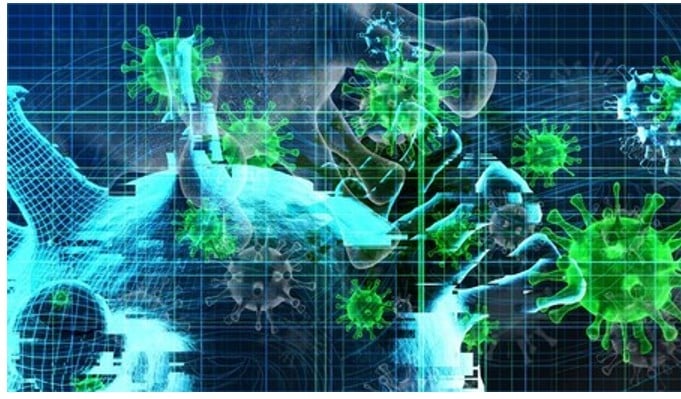 VT: The article below is sourced directly from a site controlled by the Russian government.  VT can confirm some of what is claimed, perhaps much but not all.

Russian ex-president Dmitry Medvedev has criticized the lack of transparency in the operation of biolabs maintained by the USA in various countries neighboring Russia. He said that it poses a security risk to all mankind.

Dmitry Medvedev, deputy chairman of the Russian Security Council, expressed concern about the threats posed by the activities of U.S. bacteriological laboratories in Russia’s near abroad.

“There are a large number of structures capable of producing – and this is already a security issue – various types of pathogens. They existed and exist, and the question is in whose hands they are, who controls them and how transparent their activities are,” Medvedev said in an interview with Russian media, including the TASS news agency https://tass.ru/politika/13550695. Earlier, he recalled that the origin of the novel COVID-19 https://de.rt.com/international/121046-coronavirus-forderung-nach-internationaler-untersuchung/ coronavirus is still not known with certainty. Then he elaborated:

“Let’s say our neighbors have established biological laboratories with the participation of the U.S. https://de.rt.com/meinung/76127-us-botschaft-in-georgien-schmuggelt-erreger-gefrorenes-blut-in-pentagon-labor/ and some other countries. It’s not that it’s the U.S. – it’s that we don’t understand what they’re dealing with [there]. And since we don’t understand, it’s quite possible that [just one or a few go overboard], and then something like this comes up, or it’s even created by a madman on purpose.” 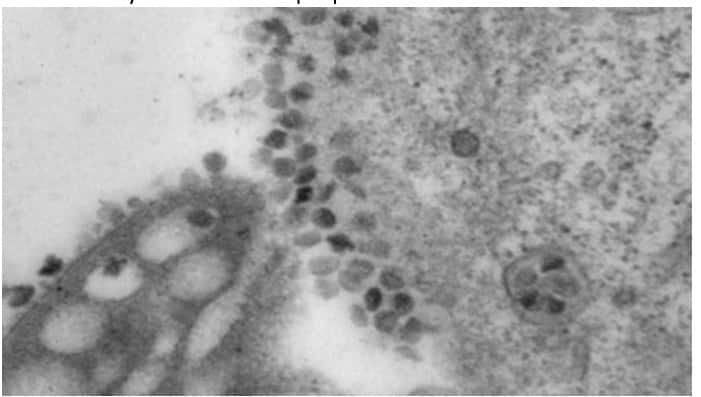 The deputy chairman of the Russian Security Council emphasized: “This is not impossible either, we understand that viruses can be modeled: Quite simply, there on the computer these [DNA or RNA] chains are calculated and created, and one can also ‘draw’ some special version [as on the drawing board] – and according to it a new virus is created.”

With regard to the resulting dangers, Medvedev also called for the cases of bacteriological laboratories operated by the United States in Russia’s neighboring countries, as well as elsewhere, “control over these processes, as well as compliance with the relevant convention on the prevention of biological hazards.” He underlined:

“This is very important for humanity”.

Podcast on the topic – Dangerous research: the meaning and purpose of the biolabs https://de.rt.com/podcast/100453-gefaehrliche-forschung-sinn-und-zweck-derbiolabore/

While Western theories on the origin of the corona virus focus on China, the popular assumption in China is that the virus is of US origin. In response to new calls for investigations in Wuhan, Chinese citizens are now calling for Fort Detrick to be investigated.

Within 24 hours, half a million Chinese have signed an open letter calling for the WHO to investigate the US bioweapons laboratory at Fort Detrick. The purpose of the investigation is to clarify the origin of the corona virus.

It comes after WHO Director-General Tedros Adhanom Ghebreyesus called for a second investigation in China in a confidential briefing to member states, reports China’s pro -government Global Times . According to Ghebreyesus, a new investigation is needed in those areas where the first cases of infection in humans appeared in December 2019.

Ghebreyesus thus pushed aside the results of a study carried out in China in January this year, for which experts selected by the WHO spent more than a month in Wuhan at the time before writing their report. The Global Times quotes an unnamed Western expert as saying the change in WHO plans came after pressure from a small group of member states, including the US.

In May, Chinese Foreign Ministry spokesman Zhao Lijian called on the United States to work with the WHO to seek the origin of the virus on its own territory. In an interview with L’Opinion last Thursday, the Chinese ambassador to France said: “The United States is provoking us, but China is exercising restraint. Otherwise we would already be at war,” adding that there is a striking similarity between Washington’s approach to Justifying the Iraq war and suggesting China is responsible for the virus.

Last Saturday, some Chinese web users sent an open letter to the Global Times calling for an investigation into Fort Detrick. The Global Times published this letter on its platforms on the Chinese social networks WeChat and Weibo, thus collecting the signatures.

Fort Detrick (formerly Camp Detrick) is a US bioweapons facility that has been in operation since the 1940s, researching a wide variety of pathogens and disease transmission mechanisms; including Ebola, anthrax (the material in the letters after September 11, 2001 came from there) and also the SARS pathogen. In 2019, Fort Detrick was temporarily closed due to an unspecified incident. In addition to Fort Detrick, the United States maintains over a hundred other laboratories around the world.

The Chinese letter said: “But this lab has a notorious history when it comes to lab safety. There have been scandals surrounding anthrax bacteria stolen from the lab, leading to the poisoning of many and even deaths. There was in the fall of 2019, just before the outbreak of the COVID-19 epidemic, an incident in which something escaped from the laboratory, but the US has withheld detailed information citing national security.”

The stolen anthrax bacteria were those that were mailed to members of the US Congress in 2001 and were only attributed to al-Qaeda until the bacterial strain was found to be from US military research.

Theories that Fort Detrick could have something to do with Corona have been circulating for a long time; reference is often made to the outbreak of a mysterious lung disease in the USA in the summer of 2019. So far, however, there is no evidence of this.

The SARS-CoV-2 pathogen has probably been present in the USA for some time. In June, the US NIH published a study that found him in the USA in December 2019. So at the time when the first infections were recorded in China.

Concern about bioweapons research: China demands transparency from the USA

The letter states: “More amazingly, when China allowed virologists from Western countries and even US mainstream media to visit the institute of virology in Wuhan, the US did not open the lab in Fort Detrick, and certainly not shared the original data with countries independent of US geopolitical influence, including China.”

Even if half a million signatories is not much for a people of 1.4 billion, the letter shows that the debate on this issue is not over and China will not accept the new plans of the WHO Secretary-General.