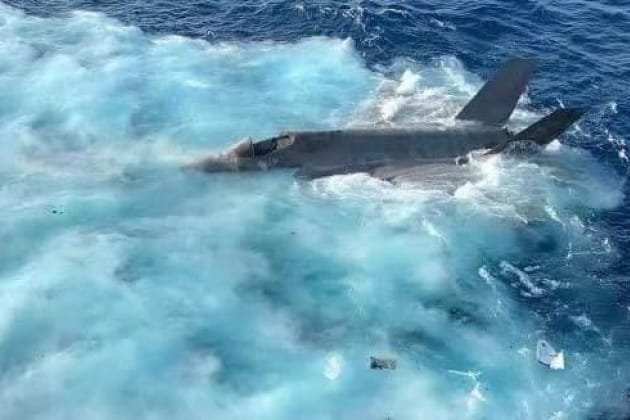 Avia Pro: In the United States, they fear that Russia will take possession of the F-35 fighter jet that drowned in the South China Sea.

The incident with the fall of the American F-35 fighter into the South China Sea caused serious concern in the United States. This is due not so much to the fact that the incident could affect the loss of reputation or lead to the cost of acquiring a new fighter, but to the fact that Russia will take over the crashed fifth-generation aircraft. The data on this subject is voiced by the American edition of Popular Mechanics.

The United States is extremely concerned that Russia has the experience and equipment to lift a sunken F-35 fighter jet. Despite the fact that the United States declared the fighter crash zone closed due to the ongoing operation to search for and raise this aircraft, Russian ships can absolutely freely go to the region and begin to carry out their own operation, but in order to take possession of the crashed aircraft.

The US Navy lost an F-35 strike fighter in what they described as a “landing accident.” There are fears that if the plane is abandoned, other powers, especially Russia and China, will themselves return the planes to study secret technologies. Although the planes are not airworthy and their electronics have long been destroyed, a foreign country can learn important design details and study the advanced composites that make up the fuselage and skin of the aircraft. Earlier, Russian specialists have already raised one MiG-29 and one Su-33 fighter from the bottom of the Mediterranean Sea., – reports the publication “Popular Mechanics”.

It should be noted that at the moment Russian ships have not been seen heading to this region, however, more than likely, Russia may not be interested in such actions, since American fighters can be detected by modern air defense without any problems and there is no interest in such technologies.