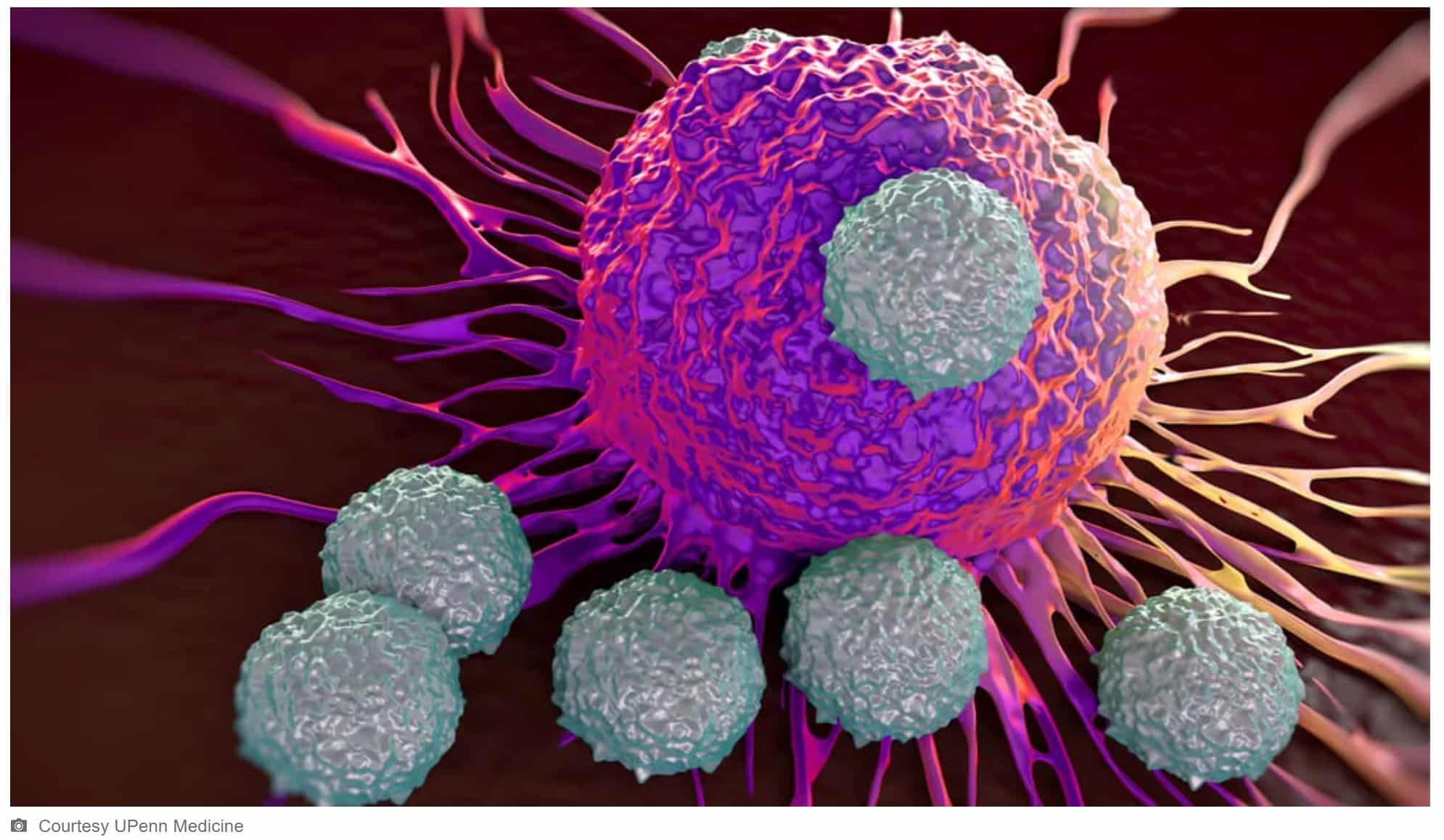 Daily Beast: Doug Olson was 49 years old with a wife and four kids when he was diagnosed with chronic lymphocytic leukemia in 1996. His initial treatments were pretty successful, but by 2010 almost 50 percent of his bone marrow was cancerous again.

That’s when he enrolled into a clinical trial of a new cancer therapy led by his oncologist, David Porter from the University of Pennsylvania’s Perelman Center for Advanced Medicine, together with one other patient. The experimental treatment, also known as CAR T-cell therapy, would tweak Olson’s own immune cells to spot and kill leukemia cells, and reintroduce them into his body through blood infusion—something that previously showed promise only in trials on mice.

Olson started physically feeling the results after just a couple of weeks. “That’s when Dr. Porter came into my hospital room and he announced, hot off the press, that 18 percent of my white cells were CAR T-cells,” Olson said during a press conference Tuesday. “I will tell you that moment, I was absolutely convinced that this thing was working and that I was gonna be okay.”

The next week, Porter told Olson the clinicians couldn’t find a single cancer cell in his body.

It’s been more than 10 years now, and Olson is still cancer free.

In a peer-reviewed study published today, in the journal Nature, Porter and the clinicians who followed Olson’s journey document the experimental treatment and its results. The findings show that even after ten years, Olson and the other patient have remained cancer-free thanks to CAR T-cell therapy—validating its incredible efficacy and opening the door for its use in many more cases of leukemia and other cancers in the future.  Read more…