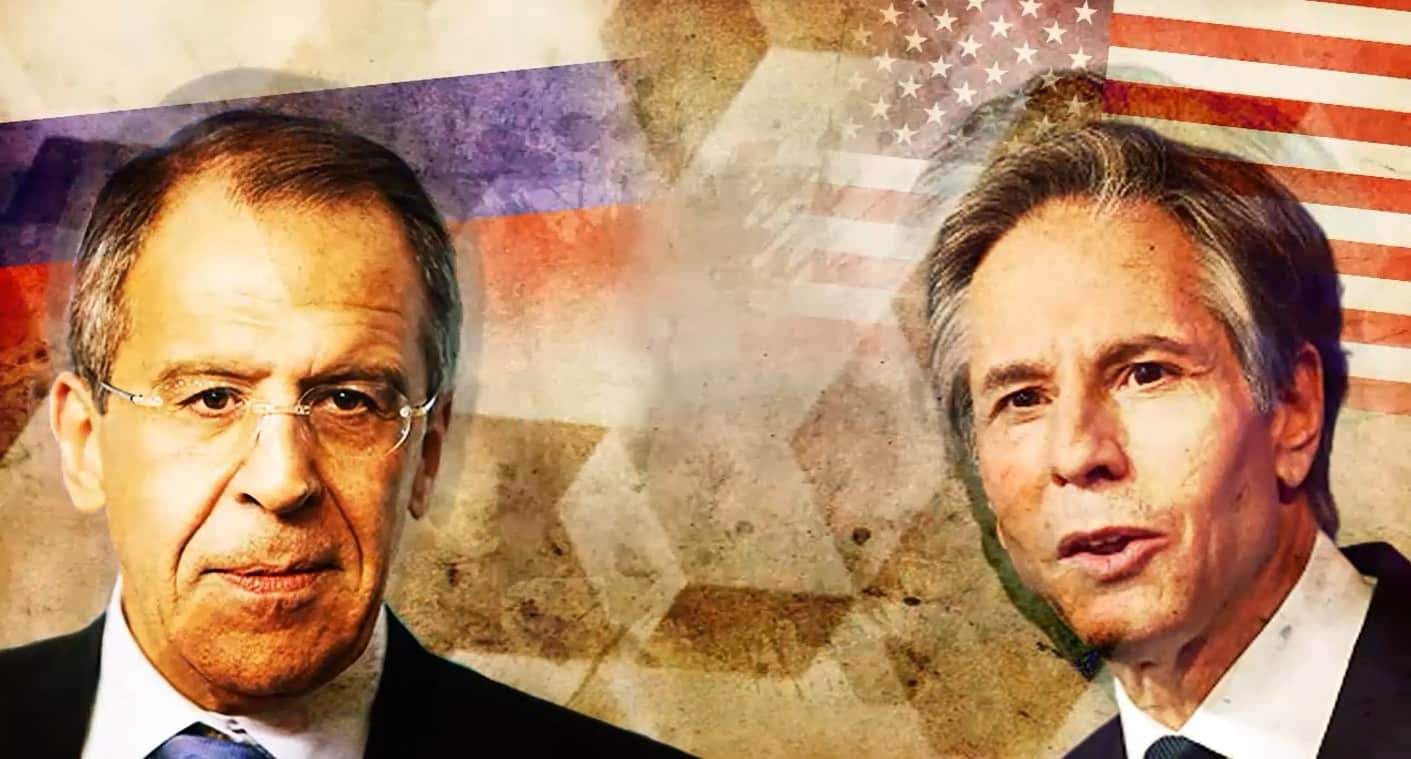 This article has a distinct Russian slant…VT

SF: The negotiation process between the United States and Russia on security guarantees in Europe is shrouded in secrecy, since the parties do not officially disclose each other’s answers to the proposals.

The Russian side handed over its requirements for security guarantees to the U.S. and NATO in December last year. Washington and Brussels transmitted their responses on January 26.

Russian Foreign Minister Lavrov said that it allows counting on the beginning of negotiations but only on secondary issues, as there was no positive reaction from Washington on the main issue of the non-expansion of NATO to the east and the deployment of strike weapons near Russian borders.

In his turn, Blinken clarified that the West did not bow to Russia’s demand that NATO close its “open door policy.”

On February 1, the media reported that Washington had received Moscow’s response, as usual with reference to the U.S. officials who spoke on the condition of anonymity.

The White House insists that it would be unproductive to make negotiations public, so it leaves it up to Russia.

The response was delivered ahead of a phone call between Secretary of State Antony Blinken and Russian Foreign Minister Sergei Lavrov on Tuesday. The counterparts have to consider the positions of the parties in a complex.

Amid the diplomatic efforts, the media and Western officials are continuously inflating hysteria on the threat of a military invasion of Ukraine, which even Kiev does not believe in.

Meanwhile, the fact that the Russian military forces in the west of the country have recently returned to their permanent locations has remained unnoticed.

On January 29, the forces of the Western Military District of Russia completed a planned combat readiness check, which was officially announced on January 25.

More than a thousand soldiers of the First Tank Army and about 100 units of military equipment were involved in the trainings.

According to the commander of the troops, Colonel-General Alexander Zhuravlev, the tasks facing the troops have been completed, “planned combat training activities at the training grounds are continuing.”

While the Russian Army continues trainings according to the schedule, the United States is artificially escalating the situation, shaking the information space once again.

On January 31, the US State Department ordered the departure of family members of employees at the US Embassy in Belarus. The measures were taken due to “unusual and disturbing Russian military activity near the border with Ukraine”.

US citizens are advised to regularly review possible departure plans in case of an emergency. Loud statements, however, have little effect on the work of the embassy.

Earlier, the same measures were taken in Kiev. According to Zelensky, they are only moves in a subtle diplomatic game and do not mean an imminent escalation at all.