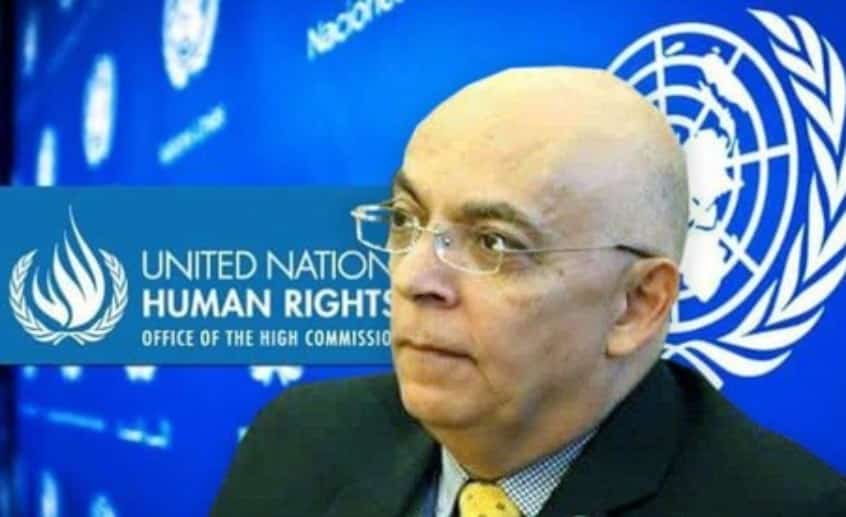 Presented his report to the United Nations and the Human Rights Council on his violations in the Golan… Abu Saeed told Al-Watan: The Israeli entity does not value international resolutions

In an exclusive statement to Al-Watan, Abu Saeed said:

“The report included the mob decisions of the Israeli entity regarding the annexation of lands in the occupied Golan, the establishment of settlements on the lands of the people of the Golan and their expulsion from it for the benefit of the project to be established and expanded, and we also shed light on the rest of the procedures against our people.

There is what they suffer under the occupation authority and what the occupation entity is trying to market completely false information about what some of the residents in that area transmit.”

He stressed that the Israeli entity does not respect international resolutions since its inception, does not pay any attention to them and does not value them in the first place, because it relies on its allies in the Security Council, which has a purely political nature and has nothing to do with humanitarian affairs in terms of their agenda compared to the General Assembly of the United Nations.

He explained that the decisions taken by the United Nations against the Israeli entity will remain effective if they are transferred to the international judicial bodies and the international police, after they pass through the Human Rights Council in Geneva, so that an international criminal court can be established and based on the type of crime and its judgment, and this is what happened. In the file of the Gaza Strip, which we worked on, after a group of countries requested that at that time.

Abu Saeed indicated that Israel does not recognize that it occupies the lands based on the Balfour Declaration, so it gives itself the right to dispose of the property as if it belongs to it.

He added: “Here lies the issue that you will face with international forums after a while, when administrative legal procedures have begun at the level of investigations and judicial cases. After that, we will see how to obligate this occupation with the decisions that will be issued and based on what is required.”

Abu Saeed called on Arabs and Muslims to support this central issue, which is a sacred right and a moral and legal duty in order to do justice to the right from the oppressor and to restore the right to its rightful place.

“There is more important than this characterization that we made in the International Committee for Human Rights as I mentioned above, and the work was strenuous and arduous until we reached the International Criminal Court to try this entity for its crimes in Palestine.