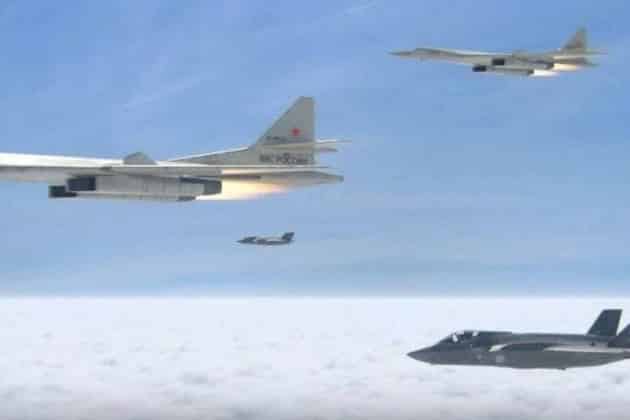 The pursuit of American F-35 fighters behind a group of Russian strategic bombers Tu-160 “White Swan” forced Russian military pilots to “drop” their pursuers, accelerating to a speed equal to almost two speeds of sound, which in just a few seconds left American fifth-generation combat aircraft far behind. The data on this subject is provided by the Telegram channel “Militarist”

According to the data provided by the information channel, during one of the training flights, Russian strategic bombers managed to accelerate to a speed of 1,84 MAX, while the maximum speed of the American F-35 fighter is 1,6 MAX, which allowed Russian aircraft to literally a few seconds to increase the lead from the F-35 to one and a half kilometers.

“There are rumors that an attempt to intercept Russian Tu-160 bombers by American F-35C fighters ended in failure, since the maximum speed of the fighter is limited to 1,6M, and the Tu-160 can accelerate to 1,84M”, – said in the message “Telegram”-channel “Militarist”.

It should be noted that the incident could have occurred in the middle of last month, when Russian Tu-160s took off over the Arctic, but no clarifications are given on this matter.