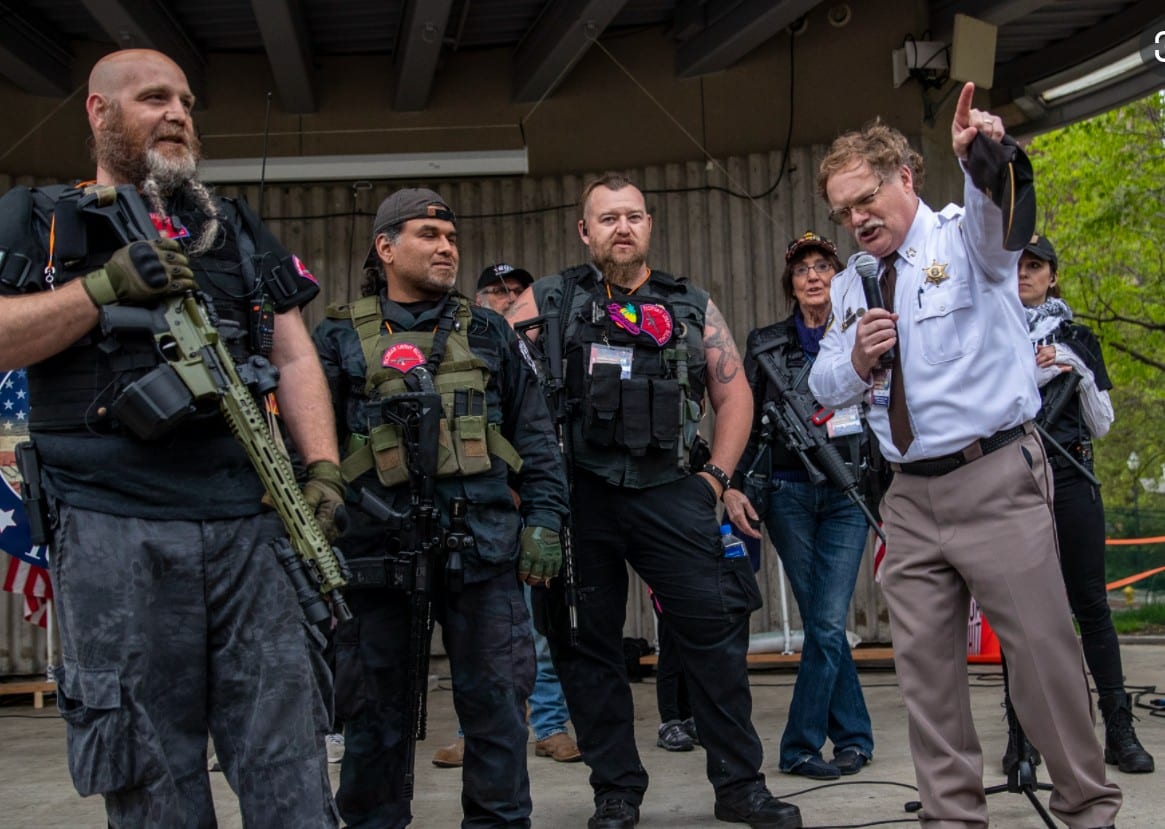 A majority of the Republican caucus in the Michigan Senate signed a letter asking Congress to examine unfounded allegations of voter fraud, though an earlier version of the letter asked to delay the electoral vote count beyond Jan. 6.

Eleven Republican members of the Michigan House of Representatives also signed onto a letter to former Vice President Mike Pence asking him to delay certification.

Trump reportedly also had considered the possibility of having the Department of Justice or the military seize the voting machines.

Raw Story: Former President Donald Trump attempted to persuade Michigan legislators to have local law enforcement agencies seize voting machines in the days after the 2020 presidential election, according to a report published this week in the New York Times.

The state lawmakers declined Trump’s request. It was not immediately clear which legislators had been involved with the conversations.

“Democracy prevailed in 2020 because people with integrity on both sides of the aisle did the right thing,” Secretary of State Jocelyn Benson, a Democrat, said in a statement to the Michigan Advance. “It will only prevail in 2022 and beyond if we continue the work of building a nonpartisan, pro-democracy coalition committed to following the rule of law and upholding the will of the people.”

On Dec. 2, 2020, Trump attorney Rudy Giuliani was invited to take over the GOP-led Michigan House Oversight Committee hearing and air unfounded allegations of election fraud. Before the committee meeting, Giuliani had appeared on a Zoom call with then-Michigan Republican Party Chair Laura Cox to urge lawmakers to appoint pro-Trump electors.

“You have state legislators who are so frightened that they have a hard time focusing on it,” Giuliani said at the time. “You have got to get them to remember that their oath to the Constitution sometimes requires being criticized. Sometimes it even requires being threatened.”