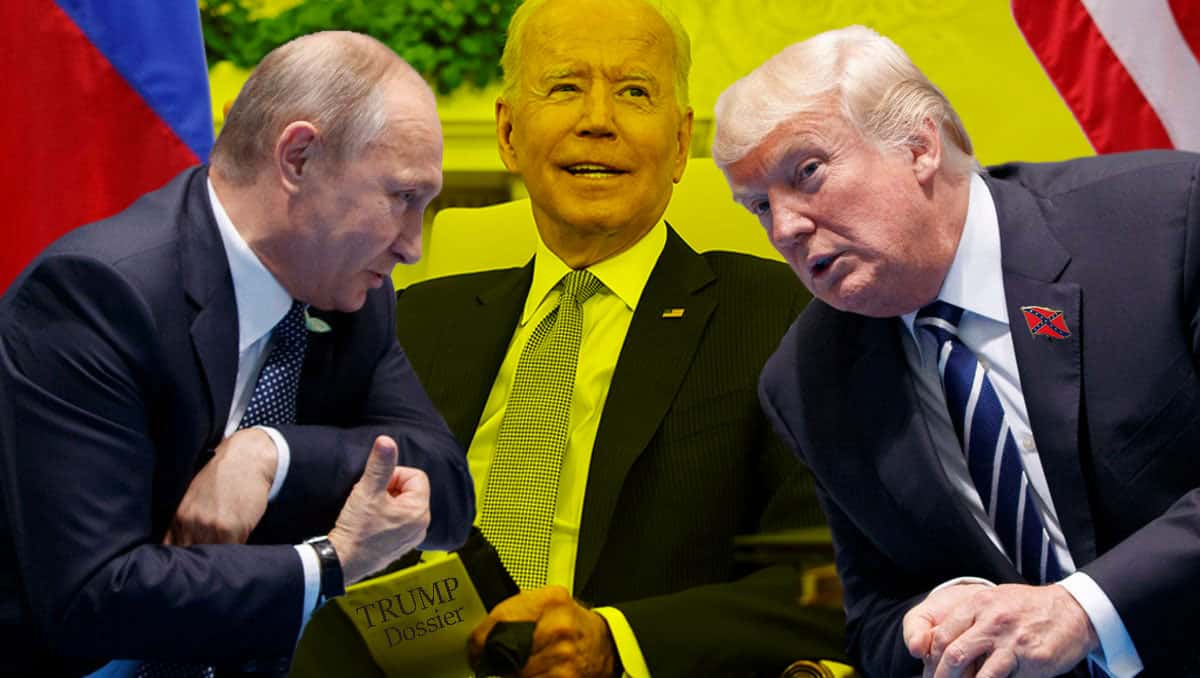 This article has been cited by DHS for containing classified information

By Gordon Duff with New Eastern Outlook (Est. 1816) of the Russian Academy of Science

The world, though not at the edge of war, is closer than any time in many decades, all over the US intention to bring Ukraine into NATO, something most historians believe runs counter to US assurances given Russia so many years ago. However, we will examine a somewhat different hypothesis.

The Trump regime’s relationship with Ukraine that led to one of two presidential impeachments, may well tell a different story. How can Trump be a Russian agent if he personally, as well as many of his closest advisors, communed as it were with Ukraine, hatching plots, pushing hoaxes but something odder still? We are going to follow this trail and others.

Trump’s real alliance had been Israel, placing that nation behind a solid shield of US protection against accountability for war crimes against the Palestinians and the reputation Israel had earned as an apartheid state rivaling or even exceeding South Africa at the height of the “whites only” oppressive regimes there.

We also recognize that the color revolution that put Ukraine into anti-Russian hands demonstrated something far more insidious.

We will examine the US moves in Europe after 9/11 and the hypothesis that Ukraine was intended to be joined with Kazakhstan (and Belarus), which only recently escaped a “color revolution” as well, to form a “Khazarian” homeland, replacing the 7th-10th century Jewish kingdom proven by studies to be the ancestral homeland for a vast percentage of the world’s Jewish population.

This “Neo-Khazaria” would eventually rule from the Arctic Circle in Scandinavia to the steppes, and it is our estimation that there is little that can stop this. We must also accept that the Jewish nature of historical Khazaria may well have little or nothing to do with the character of a modern rogue state, which may have historical Jewish roots but none that carry into modern times.

One might also postulate that efforts to instill hatred of Jews into right-wing ideology may well originate, as investigations reveal, as disinformation tied to secular Zionism. It is difficult to discuss current moves in Ukraine without tripping over a cast of Zionists Igor Kolomoisky, the darling of the Trump regime, now under accusation by the Biden administration for corruption undermining a ”democratic Ukraine.” From the Times of Israel:

“I also want to express concern about Kolomoisky’s current and ongoing efforts to undermine Ukraine’s democratic processes and institutions, which pose a serious threat to its future,” Blinken said in a statement. Kolomoisky has been close to Ukrainian President Volodymyr Zelensky, who was elected in 2019 on promises to root out corruption but earlier benefitted from Kolomoisky’s media empire, which broadcast his comedy show.

When we forget where Zelensky comes from, and his ties to Kolomoisky and his right-wing militias that threaten Crimea, we forget other facts as well. 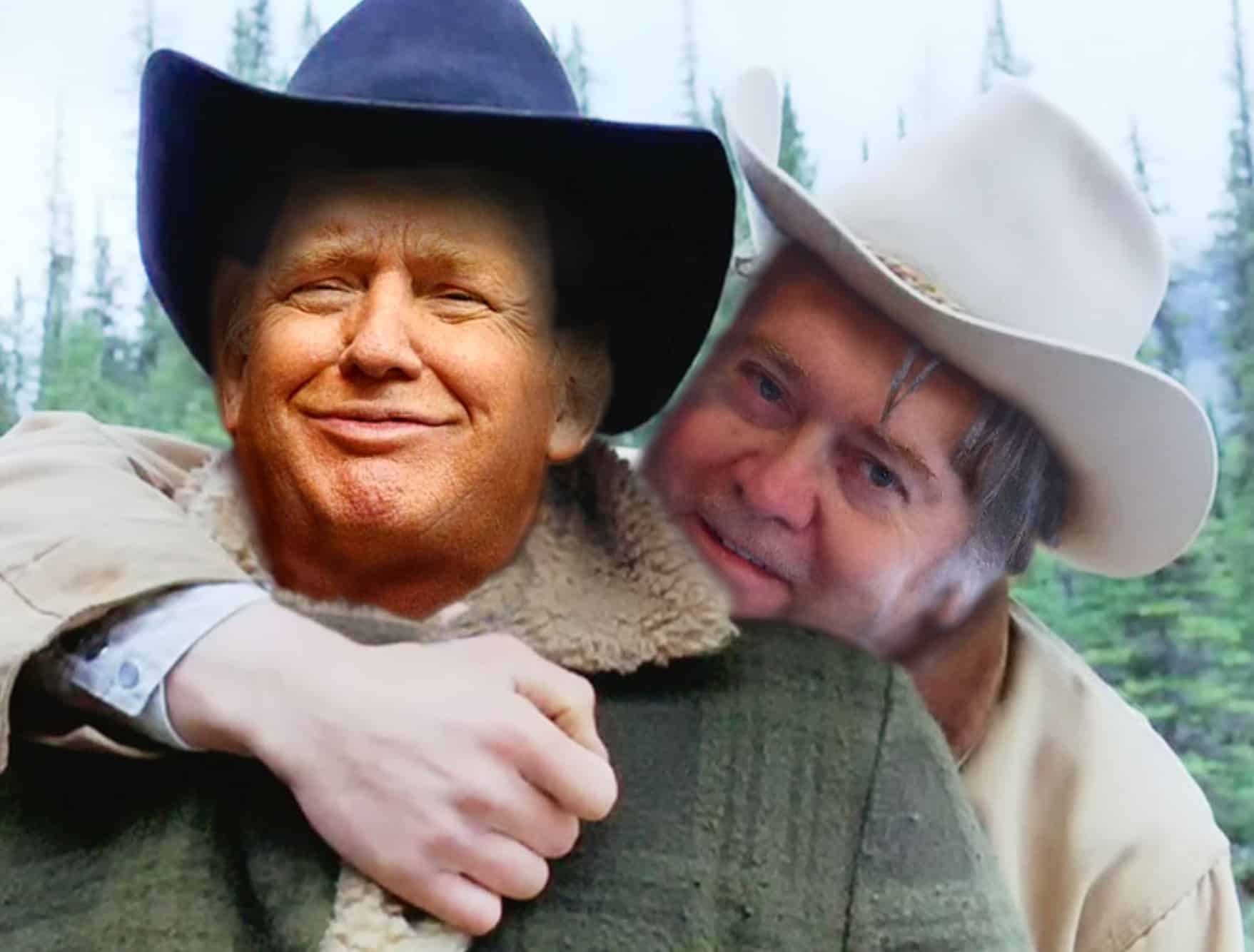 Then we have recent moves in Belarus by Ukraine, attempts to stage a false flag Russian attack on that nation that led to the arrest of 33.

Rather than as a new “homeland” for Jews, we assert that modern Khazaria, built on the political model of Ukraine, would be a homeland for world organized crime and, in particular, for the “Kosher Nostra,” the shadowy criminal empire that controls right-wing political leaders across the breadth of NATO.

We hear it continually, here in the US, how the people of Ukraine are soon to be crushed under the Russian boot. We heard it before, ‘Gaddafi is killing his own people,’ the false flag gas attacks in Syria and let’s not forget the wild story of the incubator babies in Kuwait back in 1990, which now seems like a century ago. The people of the United States along with much of Europe are being coerced into a war nobody can fight, nobody can win, a war predicated on lies. War is always the “father of lies.”

We learned the truth back in 2015, what was going to happen to Ukraine. Let me tell you where at least some of this began:

You see, after 9/11 the Bush (43) regime had become drunk on power. The reality was there, seizing the Caspian Basin, Afghanistan, and even Iran. “Owning” this policy, this “call to war” was a group that never really existed but loved being called “neo-conservatives.”

“Neocons” as they are called never really existed. They were birthed as part of a marriage of convenience between then-House majority leaders, this is from the 1990s, Newt Gingrich and Rupert Murdoch.

As background, we must include some context. Many know that Murdoch inherited the “mantle” from Robert Maxwell but what do we mean by “mantle?”

The consensus is that the Maxwells were running a spy/influence ring for some organization, rumored to be Israeli intelligence, blackmailing key figures in Britain, royals, police and security officials, even prime ministers, based on widespread pedophilia that permeated certain levels of British society, tied to the Freemason organizations that run Scotland Yard/Special Branch, the Metropolitan Police, and MI-5.

We will be mentioning Jeffrey Epstein from time to time, and it is best we insert one of two withheld facts before moving forward.

In 1975, Jeffrey Epstein was hired to teach math and science at the prestigious Dalton School, despite the fact Epstein held no credentials and never graduated from college.

Pedophile Epstein was given his position, one he was uniquely unqualified for, by former OSS/CIA executive Don Barr, father of AG William Barr. It was William Barr who oversaw the “unsupervised” pre-trial confinement that led to Epstein’s death by alleged suicide.

When one assembles enough of these coincidences, one begins asking hard questions as to the origin of COVID 19, the Trump regimes purposeful mismanagement of the pandemic, and the possibility that along with staging fake wars, fake gas attacks, and fake scandals, staging real pandemics is something we are all going to have to get used to.

Rumors have it that Maxwell was “suicided” and Murdoch was groomed to take his place. Both Maxwell and Murdoch are Israeli citizens with strong ties to Netanyahu’s Likudists, but rumors go much further, to a shadowy organization called the Kosher Nostra.

All of this came to a head when Rupert Murdoch was able to reproduce what he builds in Britain. We aren’t talking about a newspaper empire but rather a criminal empire.

In Britain, the “phone hacking” scandal cited key members of Murdoch’s organization as blackmailing Royals, key security service members, and celebrities for their pedophilia. But what were they blackmailed to do?

Those answers have become clear as day. Democratic institutions across NATO, starting with the US and Britain have been not just under assault, but are virtually crushed out of existence.

Following Murdoch’s meteoric rise which led to his control of America’s “Republican” party or the “GOP” as it is called, events quickly spiraled.

A well-organized destabilization program was run on the US which hit full speed after the events of 9/11. Despite censorship and suppression of real investigation results, it can be safely stated that the War on Terror begun after 9/11 was a long-planned event melding that “Murdoch empire” which includes two extremely powerful Jewish groups, the ADL and AIPAC, long rumored to be Mossad operations, with Neocons that controlled the Bush (43) White House.

If, as claimed, these groups joined with traitors in the Pentagon and the ultra-secret MEGA billionaires investigated by former CIA officer Robert David Steele, were responsible for 9/11, then its aftermath, which may well include the current NATO move to surround and castrate Russia, has its roots in the quasi-nation state entity that seems to be centered on Ukraine.

We must also add to the context efforts made across Europe in the last 40 years to organize neo-Nazi political organizations. The success of this effort can be credited to efforts by al Qaeda and ISIS (banned in Russia) which the Syrian government now says can be directly tied to the CIA. Syria has organized military tribunals to bring forth what they claim is inexorable evidence of this relationship.

This would mean, of course, that the flood of refugees that has destabilized Europe was planned and orchestrated as part of the same terrorist plot aimed to take down not just Syria but the entire region as well.

Last week ISIS attacks in Nigeria showed the government’s inability to deal with the same threat aimed at Syria, but it also shows how vulnerable African nations are when even “naming the real enemy” will never be done.

When we broaden our look at Europe’s move to the right, we find the hand of American based think tanks along with USAID, Radio Free Europe, private companies like Booz Allen Hamilton, and a bevy of Trump insiders like Giuliani and Bannon and even Manafort, in continual contact with the same forces now arrayed against Russia.

We might also cite January 6, 2021, attempt at a “color revolution” against the United States as well, using funding from sources that normally are arrayed against Russia.

Do not forget that this common enemy that links Putin and Biden together has to create uncomfortable moments when a US administration nearly felled by fascism finds itself siding with its own enemies against Russia.

It is important that we discuss Maxwell and Murdoch as precursors for Brin and Zuckerman, the Israeli citizens, and there are dozens more as well, that use total control of both the internet and social media not only to spy on the world but run influence/black propaganda operations that have turned NATO into a fascist lapdog.

So, what are we saying?

Is Ukraine in place as a “pivot” for destabilizing Europe while crippling Russia? Who would want to control a fascist empire stretching from the Baltic to the Caspian and beyond?