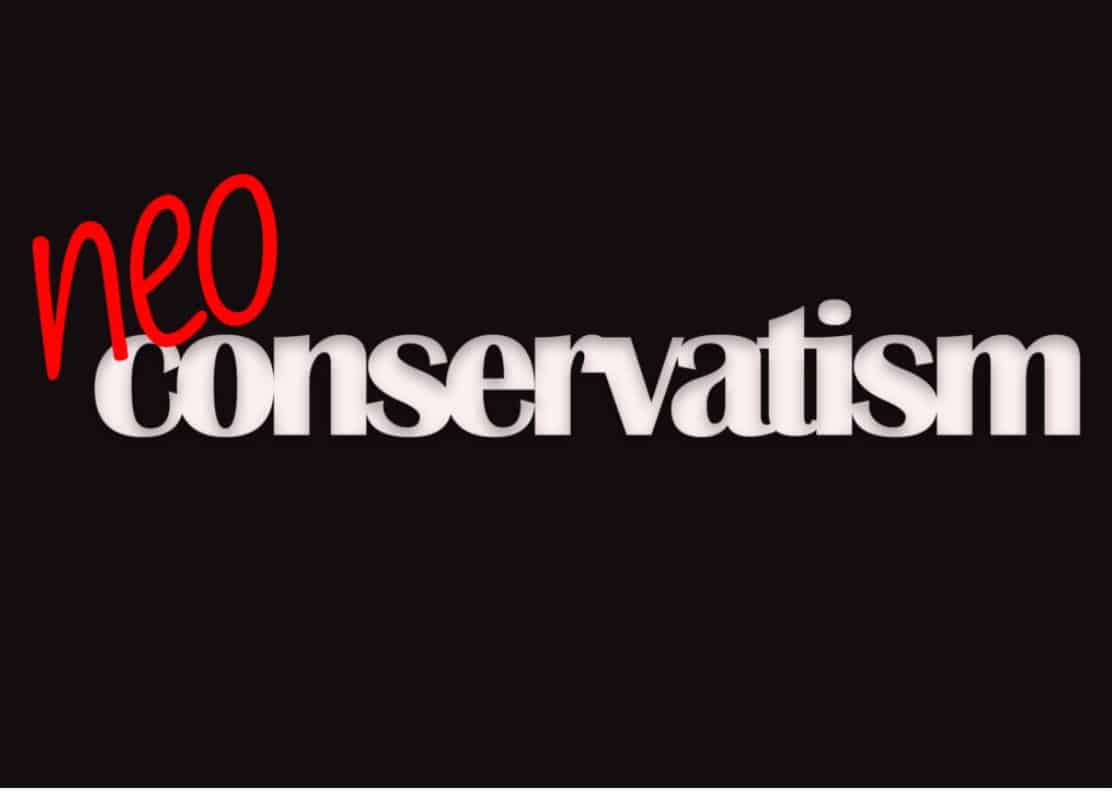 Neoconservatism (advocacy of control over the entire planet by America’s Government — i.e., of a universal American empire or “hegemony”) was first stated in 1877, by the British empire’s colonialist Cecil Rhodes (founder of Rhodesia and of South Africa as British colonies) when he wrote the first draft of his will that ultimately produced the Rhodes Trust organization that selects and indoctrinates primarily U.S. and UK (British) future leaders so as to train them in the ways to enter into (and to help others of them to enter into) their respective Governments and into its press or propaganda-agencies in order to help to bring about a control over the entire world by a united UK and U.S. aristocracy — the billionaires who control those two countries, and (secondarily) the billionaires who control other English-language countries, such as Canada and Australia. That was the plan, and it remains the plan.

Here is from that will:

“To and for the establishment, promotion and development of a Secret Society, the true aim and object whereof shall be for the extension of British rule throughout the world, the perfecting of a system of emigration from the United Kingdom, and of colonisation by British subjects of all lands where the means of livelihood are attainable by energy, labour and enterprise, and especially the occupation by British settlers of the entire Continent of Africa, the Holy Land, the Valley of the Euphrates, the Islands of Cyprus and Candia, the whole of South America, the Islands of the Pacific not heretofore possessed by Great Britain, the whole of the Malay Archipelago, the seaboard of China and Japan, the ultimate recovery of the United States of America as an integral part of the British Empire, the inauguration of a system of Colonial representation in the Imperial Parliament which may tend to weld together the disjointed members of the Empire and, finally, the foundation of so great a Power as to render wars impossible and promote the best interests of humanity.”

He went on there to mention how important their control over the nation’s press would be, because “the press rules the mind of the people.” (The idea was and is to fool the public to vote for their candidates to do their bidding — not actually the public’s bidding.) He created (in accord with that will) a network of men who were selected for their leadership-abilities and for their shared commitment to working with one-another in order to bring about world-conquest by those billionaires and their giant international corporations and ‘non-profits’ or “Non-Government Organizations” (NGOs), including many think tanks throughout the world.

This is a privatized global government that is controlled by its billionaires (via their selecting and hiring, and paying, agents who then select and hire sub-agents — who, in turn, hire millions of sub-sub-agents — in this very hierarchical, many-layered, organization) instead of being controlled by its public (via any non-deceived voters in any non-corrupt general electorate of the nation’s citizens, as a truly representative democracy would be). This is an aristocratic, instead of a democratic, government, and its aim is for these billionaires (and not anyone in countries that resist it) to control all nations — the entire world.

My soon-to-be-published book, AMERICA’S EMPIRE OF EVIL: Hitler’s Posthumous Victory, and Why the Social Sciences Need to Change, provides detailed documentation that this is the way in which America (that is, its most-extremely wealthy few persons who control America’s and UK’s international corporations) did actually take over the world after World War II, in order to enslave it to U.S.-and-allied billionaires. Their cartels now extract its wealth by control of not only their ‘news’ media but the social ‘sciences’ — duping the public (as had been Rhodes’s plan).

However, most academics who write about neoconservatism don’t so much as even just mention Rhodes as being its inventor, but instead they refer to the British Halford J. Mackinder, or to his Dutch follower Nicholas J. Spykman, as having supposedly invented it. For example, the Rhodesists Jakob J. Grygiel and A. Wess Mitchell cited both Mackinder and Spykman as the sources for their thinking, but ignored Rhodes as if he hadn’t even existed. Their book advocates American conquest of the world, but hides the origin of this idea. That’s very common for neoconservative scholars to do — perhaps because doing otherwise would expose the British seed from which their own, supposedly American, views had actually derived. The plan was “the ultimate recovery of the United States of America as an integral part of the British Empire,” and it has been achieved; but the empire’s control over the whole world (which is its ultimate objective) has not yet been achieved.

These people present themselves as being ‘realists’ who recognize that in any zero-sum game, there is not only a winner but also a loser, and they say that ‘our’ side (which they hide is actually the side of their own paymasters, not of the public), ‘ought’ to win. Instead of their moralizing for the defender and against the aggressor that’s attacking it, they are moralizing for ‘us’ against ’them’, and they simply ASSUME all sorts of evil things against that ‘them’. (They also ignore ANY positive-sum games — as-if ALL competition needs to be destructive, none cooperative — which is an obvious lie on their part.) This is the way that propaganda works, and it is routinely done by scholars, especially by ones who know whom their real ultimate paymasters (the billionaires who fund their careers) actually are. For example, this video shows Grygiel’s zero-sum “great power competition” to be referring to constant war, and he thereby ‘justifies’ America’s ceaseless international aggressions as being a ‘realist’ position, against anyone who would be protesting or advocating against America’s aggressions (or even merely in favor of cooperative games). And Mitchell said in U.S. Senate testimony to the all-neoconservative Foreign Relations Committee: “Contrary to the hopeful assumptions of previous administrations, Russia and China are serious competitors that are building up the material and ideological wherewithal to contest US primacy and leadership in the 21st Century. It continues to be among the foremost national security interests of the United States to prevent the domination of the Eurasian landmass by hostile powers.” The cravings of U.S.(&UK) billionaires for global control are ‘realistic’ and must be satisfied in order to protect “the foremost national security interests of the United States” against “hostile” (meaning, actually, only “competing”) nations (ones that refuse to be taken over by them), which are being merely ASSUMED to be national-security threats, enemies of the American public (supposedly). This automatic presumption that ‘we’ are in the right and that anyone who disagrees is an enemy, is BASIC to all neoconservative propaganda. It’s always us-versus-them in international relations.

Though scholars such as Mitchell and Grygiel say that their views had originated with Mackinder and with his follower Spykman, they ignore that Mackinder was, in fact, a follower of Rhodes and spoke in the British House of Lords on 19 October 1916 saying that the Government’s position regarding the Rhodes Trust must be to carry out as Rhodes had specified in his will, the terms of his will, and that it concerned mainly a UK&U.S.-controlled empire:

“There is no evidence that he had any general idea with regard to the whole world. His aim was simply to add to the scheme which he had created for the Anglo-Saxon world—for the British Empire and for our great cousin realm across the water.”

Tactful though that speech was (and thus making no reference whatsoever to Rhodes’s plan for any such thing as a “Secret Society” to achieve it), he was telling his fellow Lords that the UK’s Government are obliged to advance the Rhodes Trust fully in accord with Rhodes’s intentions.