Avia Pro: In Belarus, the restoration of the air base for the needs of the Russian Aerospace Forces has begun.

According to the Belarusian information and news publication Flagstok, about 10 kilometers from Gomel, the restoration of the air base has begun, which, according to the publication, will be transferred to the disposal of the Russian Aerospace Forces.

“At the abandoned military base of the strategic aviation of the USSR near the village of Zyabrovka, military equipment and manpower continue to accumulate. However, in accordance with official plans, the use of this object by neither the Russian nor the Belarusian military was mentioned as part of the Allied Resolve 2022 exercises.

And the airfield itself has not been used for its intended purpose since the early 1990s. Already in the 20th of January, the old military base was cordoned off by the military police. And on January 27, the plan of the exercises was published, where the square of the accumulation of “allied” troops was indicated southeast of Gomel.

An indirect sign of military activity in the Gomel area can be considered the arrival of a Tu-134 aircraft (RA-65690) of the top military leadership of the Russian Federation at the civilian Gomel airfield (GME), recorded by the flightradar24 service., – reports the Belarusian information publication “Flagstaff”. 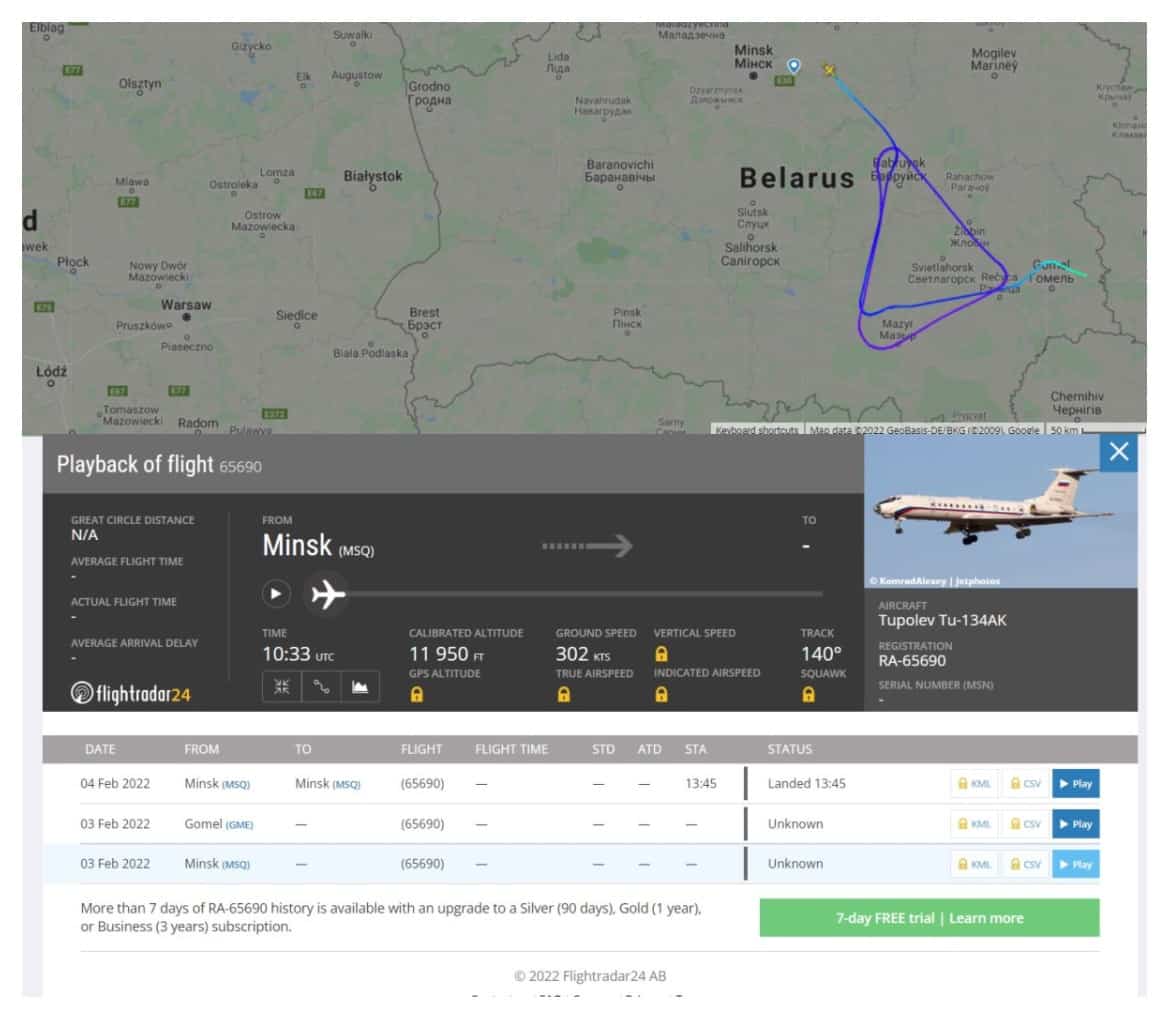 Among other things, the deployment of the Russian military at the former military airfield is also evidenced by satellite images and numerous videos of the Belarusians themselves. This may well be evidence that the Russian Aerospace Forces will receive a large military air base in Belarus.