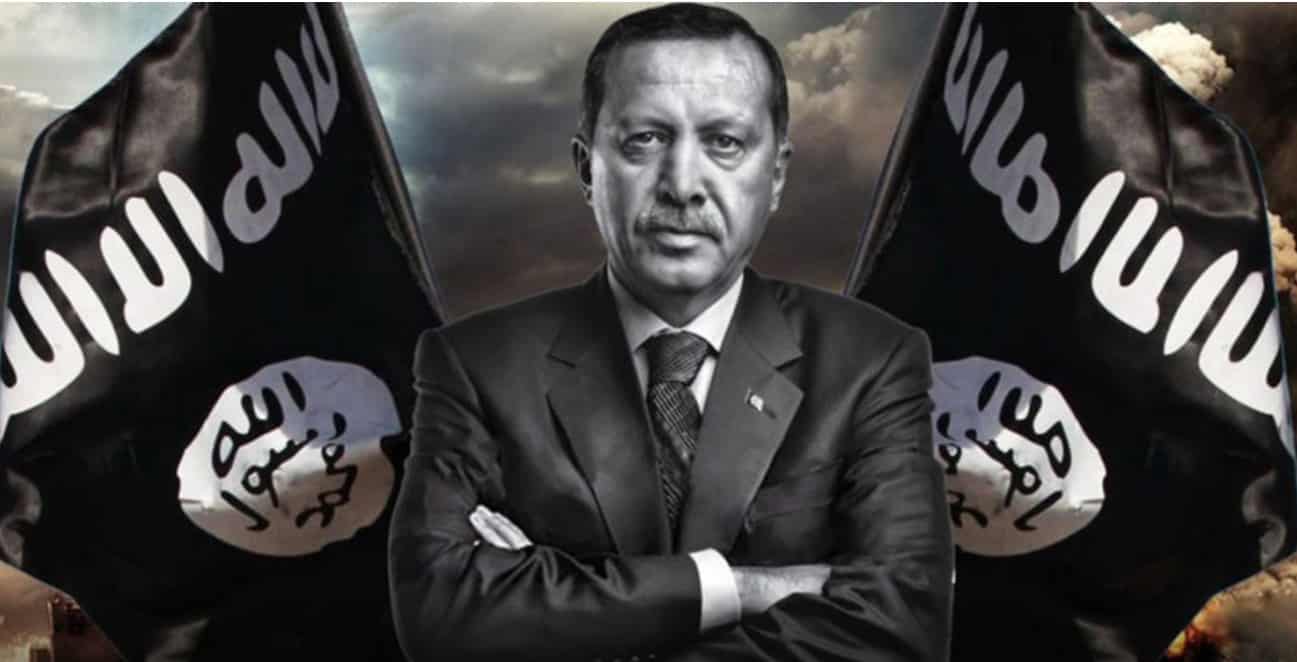 VT has been tracking the war plans hatched by Israel’s Ukrainian/Khazarian militias under Zelensky’s handler Kolomoisky and his partnership with Erdogan and the Grey Wolves.

Working hand in hand with state sponsored terror groups in the Republic of Georgia, it will begin with a Sarin gas attack staged by the same groups, Ukrainian security services, Google Jigsaw Israeli backed militias as were used against Syria.

Source of the chemical weapons?  The Lugar Lab in Tbilisi.

Avia Pro: In the event of a war between Russia and Ukraine, Turkish troops will be ordered to immediately attack Crimea.

In his address to Russian President Vladimir Putin, the former head of the Ministry of Defense of the Russian Federation, Colonel General Leonid Ivashov, said that in the event of military clashes between Russia and Ukraine, the Turkish President would immediately give the order to attack Crimea.

According to Ivashov, for this, Erdogan will be ready to use the entire military fleet available to Turkey, which surpasses the Black Sea Fleet of the Russian Navy, as well as two desert armies.

A retired #Russia|n General & Chairman of “All Russian Officers’ Assembly” singled out #Turkey 🇹🇷 & #Erdogan in his appeal-article:

“President of the Republic of Turkey Recep Tayyip Erdogan has clearly stated which side Turkey will fight on. And it is likely that the two desert armies and the fleet of Turkey will be ordered to “liberate” the Crimea and Sevastopol”, – Ivashov said in an address to the Russian leader.

Moreover, according to Ivashov, there is also a very serious risk that Turkey may try to attack the Caucasus as well. However, Erdogan himself will take such steps, probably depending on the developing situation, since it is quite obvious that he is aware that in the event of minor clashes with Ukraine, Russia will have the opportunity to work in several directions at once and the Turkish fleet, as well as the Turkish army will be destroyed in just a few hours.

⚡⚡⚡⚡In the event of a war btw Russia&Ukraine,Turkish troops ll be ordered to immediately attack Crimea.
In his address to Russian President Vladimir Putin,for this, Erdogan ll be ready to use the entire military fleet available to Turkey,which surpasses the Black Sea2️⃣⤵️⚡

It is noteworthy that Turkey has previously repeatedly stated that it does not recognize Crimea as part of Russia, and in a number of provocative statements, the Turkish side even offered Kiev to help “liberate” the peninsula. 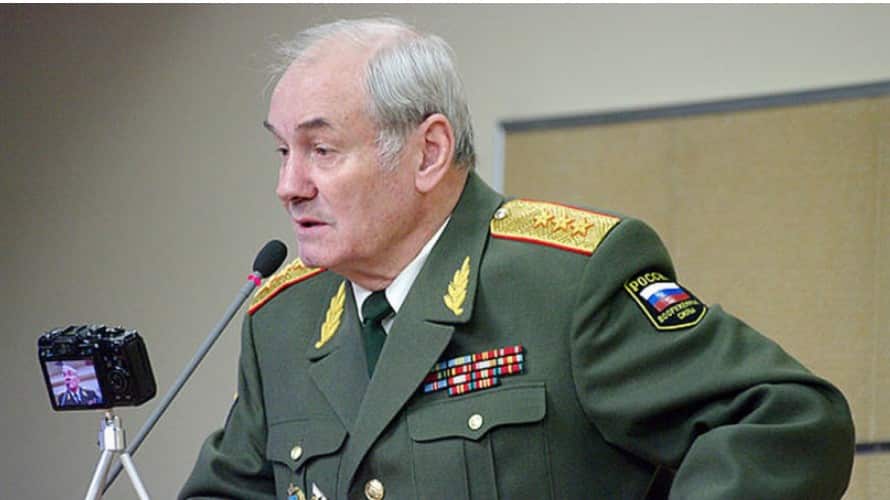 The Chairman of the “All-Russian Officers’ Assembly” Colonel-General Ivashov Leonid Grigoryevich wrote an Appeal to the President and citizens of the Russian Federation “Eve of War” :

Address of the All-Russian Officers’ Assembly

to the President and citizens of the Russian Federation

Today humanity lives in anticipation of war. And war is the inevitable loss of life, destruction, suffering of large masses of people, the destruction of the usual way of life, the violation of the vital systems of states and peoples. A big war is a huge tragedy, someone’s serious crime. It so happened that Russia was at the center of this impending catastrophe. And, perhaps, this is the first time in its history.

Previously, Russia (USSR) waged forced (just) wars, and, as a rule, when there was no other way out, when the vital interests of the state and society were threatened.

And what threatens the existence of Russia itself today, and are there such threats? It can be argued that there is indeed a threat – the country is on the verge of completing its history. All vital areas, including demography, are steadily degrading, and the rate of population extinction is breaking world records. And degradation is systemic in nature, and in any complex system, the destruction of one of the elements can lead to the collapse of the entire system.

And this, in our opinion, is the main threat to the Russian Federation. But this is a threat of an internal nature, emanating from the model of the state, the quality of power and the state of society. And the reasons for its formation are internal: the unviability of the state model, the complete incapacity and lack of professionalism of the system of power and administration, the passivity and disorganization of society. In this state, any country does not live long.

As for external threats, they are certainly present. But, according to our expert assessment, they are not currently critical, directly threatening the existence of Russian statehood, its vital interests. On the whole, strategic stability is maintained, nuclear weapons are under reliable control, NATO forces are not building up, and they are not showing threatening activity.

Therefore, the situation that is being whipped up around Ukraine is, first of all, artificial, mercenary in nature for some internal forces, including the Russian Federation. As a result of the collapse of the USSR, in which Russia (Yeltsin) took a decisive part, Ukraine became an independent state, a member of the UN, and in accordance with Art. 51 of the UN Charter has the right to individual and collective defence.

The leadership of the Russian Federation has not yet recognized the results of the referendum on the independence of the DPR and LPR, while at the official level more than once, including during the Minsk negotiation process, emphasized the belonging of their territories and population to Ukraine.

The issue of the genocide perpetrated by Kiev in the south-eastern regions was not raised either in the UN or in the OSCE. Naturally, in order for Ukraine to remain a friendly neighbor for Russia, it was necessary for it to demonstrate the attractiveness of the Russian model of the state and the system of power.

But the Russian Federation did not become one, its development model and foreign policy mechanism of international cooperation repel almost all neighbors, and not only.

The acquisition of Crimea and Sevastopol by Russia and their non-recognition as Russian by the international community (and, therefore, the overwhelming number of states in the world still consider them to belong to Ukraine) convincingly shows the failure of Russian foreign policy, and the unattractiveness of domestic.

Attempts to “love” the Russian Federation and its leadership through an ultimatum and threats of the use of force are senseless and extremely dangerous.

The use of military force against Ukraine, firstly, will call into question the existence of Russia itself as a state; secondly, it will forever make Russians and Ukrainians mortal enemies. Thirdly, there will be thousands (tens of thousands) of dead young, healthy guys on one side and on the other, which will certainly affect the future demographic situation in our dying countries.

On the battlefield, if this happens, Russian troops will face not only Ukrainian military personnel, among whom there will be many Russian guys, but also military personnel and equipment from many NATO countries, and the member states of the alliance will be obliged to declare war on Russia.

President of the Republic of Turkey R. Erdogan clearly stated which side Turkey would fight on. And it can be assumed that two Turkish field armies and a fleet will be ordered to “liberate” the Crimea and Sevastopol and possibly invade the Caucasus.

In addition, Russia will definitely be included in the category of countries that threaten peace and international security, will be subject to the heaviest sanctions, will turn into a pariah of the world community, and will probably be deprived of the status of an independent state.

The president and the government, the Ministry of Defense cannot fail to understand such consequences, they are not so stupid.

The question arises: what are the true goals of provoking tension on the brink of war, and the possible unleashing of large-scale hostilities? And that there will be, says the number and combat composition of the groupings of troops formed by the parties – no less than one hundred thousand servicemen from each side. Russia, exposing the eastern borders, is transferring formations to the borders of Ukraine.

In our opinion, the country’s leadership, realizing that it is not capable of leading the country out of the systemic crisis, and this can lead to an uprising of the people and a change of power in the country, with the support of the oligarchy, corrupt officials, lured media and security forces, decided to activate the political line for the final destruction Russian statehood and the extermination of the indigenous population of the country.

And war is the means that will solve this problem in order to retain its anti-national power for a while and preserve the wealth stolen from the people. We cannot suggest any other explanation.

We appeal to all retired and retired military personnel, citizens of Russia with a recommendation to be vigilant, organized, support the demands of the Council of the All-Russian Officers’ Assembly, actively oppose propaganda and unleashing a war, and prevent an internal civil conflict with the use of military force.