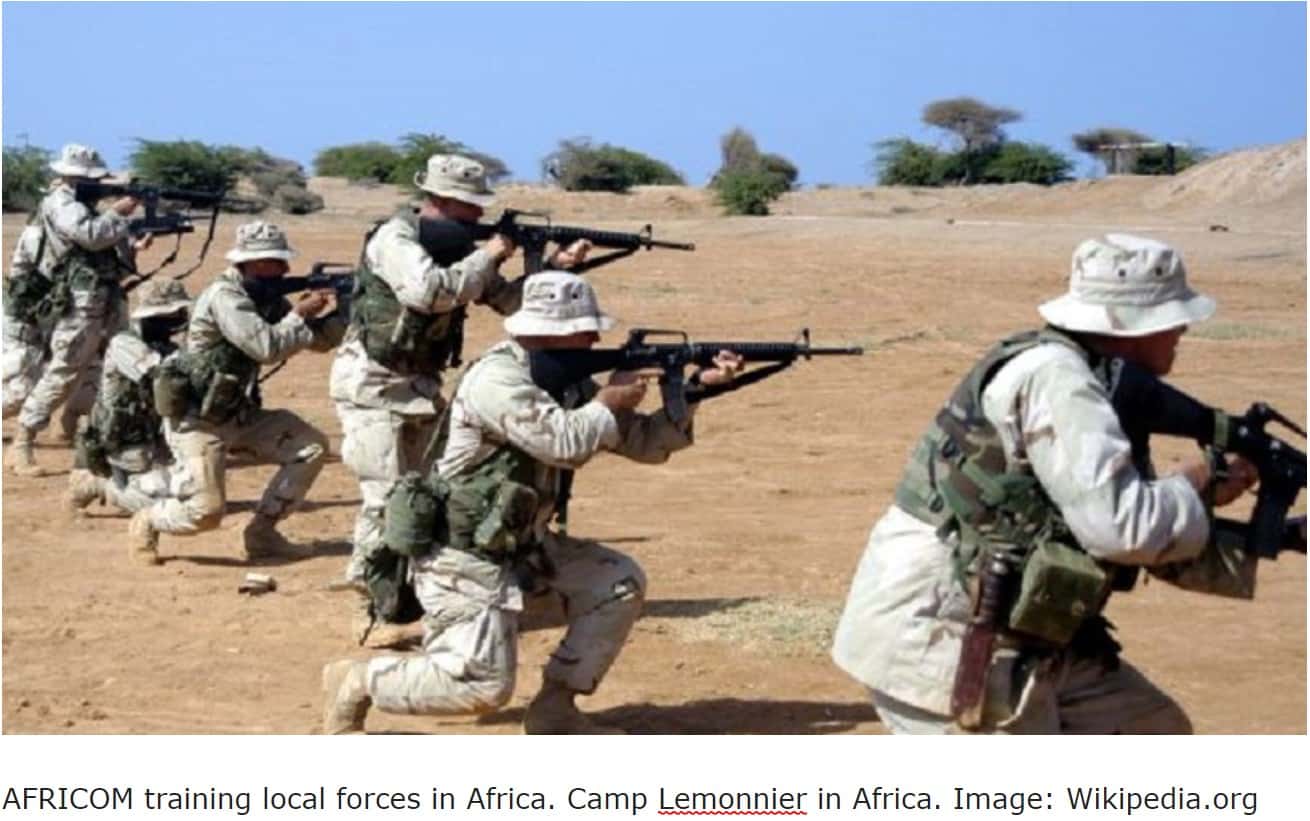 Press TV: After a two decade military presence in Africa the US has not only failed to combat extremists and terrorists, but has also been involved in coups and the overthrow of several governments.

When AFRICOM was first established in 2013, only two African countries showed their willingness to host American military bases.

But now, even South Africa, which once led a campaign against American intervention on the continent, has hosted drills with the US, which is especially concerning considering the spiking coup attempts in West and East Africa, areas that host the largest concentration of American military bases.

At least seven coups over the past 13 years have reportedly involved troops trained under AFRICOM.

Last week, a Pentagon report exposed a 70% annual increase in violent events linked to militant groups in the Sahel region.

Washington is considering strengthening its military foothold on the African continent, in an apparent bid to counter the growing influence of its strategic rivals, Russia and China.

According to the data, attacks across the region last year jumped from 1180 to at least 2005, the most dramatic increase in the continent. An estimated 4800 people lost their lives as result of the attacks last year, accounting for some two thirds of the total number of terror attack victims in Africa.

Well, I think the US is very much afraid of … the countries of Africa working together and becoming a powerhouse that would be able to rival the United States and rival Western Europe, because… Africa is a very, very big continent, much bigger than the United States with a lot more valuable resources in this modern age.

So I think the United States is afraid.

The US maintains its military presence in Africa under the pretext of fighting terrorism, but human rights groups say civilians have been caught in the crossfire and casualties from US airstrikes are higher than have been reported.

The increased foothold of United States in Africa has raised concerns as Washington does not have a good track record, even when it comes to delivering on its stated claims of fighting terrorism.

Take Somalia, for example, where the US has been conducting airstrikes against Al Shabaab terrorists for a decade. Despite the US attacks, Al Shabaab has proven resilient and is still able to carry out high profile attacks in the country as well as neighboring states such as Kenya.

Human rights groups have long accused AFRICOM of shrouding its operations in secrecy and denying culpability for the civilians killed in its airstrikes.

The United States has failed to provide an accurate tally of equipment and resources it has sent to US Africa Command partner nations in its most recent audit, raising concerns that the equipment may well have fallen into the wrong hands.

The United States picking up this banner that the United Kingdom, the British Empire, left has basically realised the most effective way to combat any sort of rise of anti imperialism, or any sort of self determination for these colonized and exploited countries is by instead of just launching in and pulling out invasion of US forces, the intelligence agencies should begin covertly funding and fostering organizations that will have inner conflict between the main group, in this case the Mau Mau, by supporting (the other side).

Daesh on killing spree in Africa despite Western military presence

Daesh-affiliated terrorist groups have gone on a killing spree across Africa despite the presence of Western military forces claiming to be fighting militants in the continent.

The US needs to keep in mind the outcome of its 20 year long war in Afghanistan when making decisions about investing militarily in Africa, that all the American lives lost, and all the funds spent were wasted with no palpable outcome other than international disgrace and loss of standing.