[ Editor’s Note: There are only victims in all of this. The military ranks have always had a big problem with domestic abuse, often with drinking and drugs fueling the violence. It is not something the military likes to publicize.

There is nothing in the story to indicate that the Air Force hid his battery conviction for his wife and child. But, its not being public record might have contributed to the shooter being able to pass his background check for his AR-15.

I cannot image what being under a 450 round, seven minute attack in that church was like, to just go on and on. He must have had a backpack full of clips, 15 of them. Twenty-six funerals for a church is beyond the pale, and it seems he did not mind shooting the kids, too.

But a violent society we have, and it is getting worse. I fear that Trumpers losing their dream of establishing a Trumper Slavocracy over the rest of us could spur such mass killings, with Trump himself lighting the fuse.

He did so recently, and carefully, in his comments about the “horrible, horrible, racist prosecutors”, his way of signalling the crazies among the Trumpers to go forth and punish them.

I fear this Trump mess will not end without more dead and wounded… Jim W. Dean ] 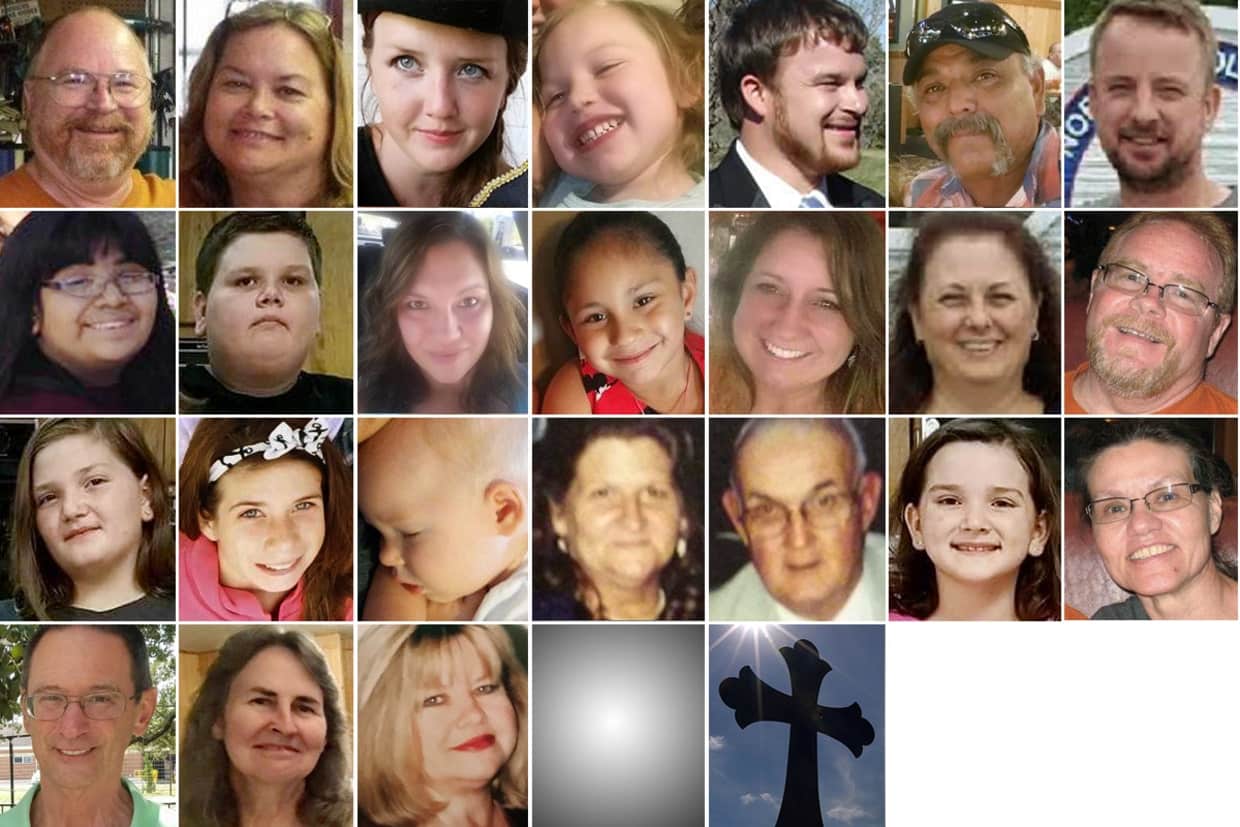 A judge in San Antonio has ordered the United States Air Force to pay more than $230 million in damages to the survivors and families of victims of a Texas church shooting in 2017, where 26 people were killed and 22 injured by a former airman.

He had a string of legal troubles beginning as early as 2012, when he was court-martialed and sentenced to a year in military prison for assaulting his wife and child.

U.S. District Judge Xavier Rodriguez described in his judgment how, in a span of seven minutes and 24 seconds, the gunman, Devin Patrick Kelley, fired 450 rounds using an AR-556 rifle.

Worshipers at the small First Baptist Church in Sutherland Springs, Tex., scrambled to take cover under pews during the routine Sunday service, and the massacre left children among the dead and multigenerational gaps in some families.

“Ultimately, there is no satisfying way to determine the worth of these families’ pain,” Rodriguez said in his judgment on Monday. He called the case “unprecedented in kind and scope.”

…The compensation comes after a separate trial last year, in which the court concluded that the Air Force did not flag a conviction that may have prevented Kelley from legally buying the weapon used in the shooting.