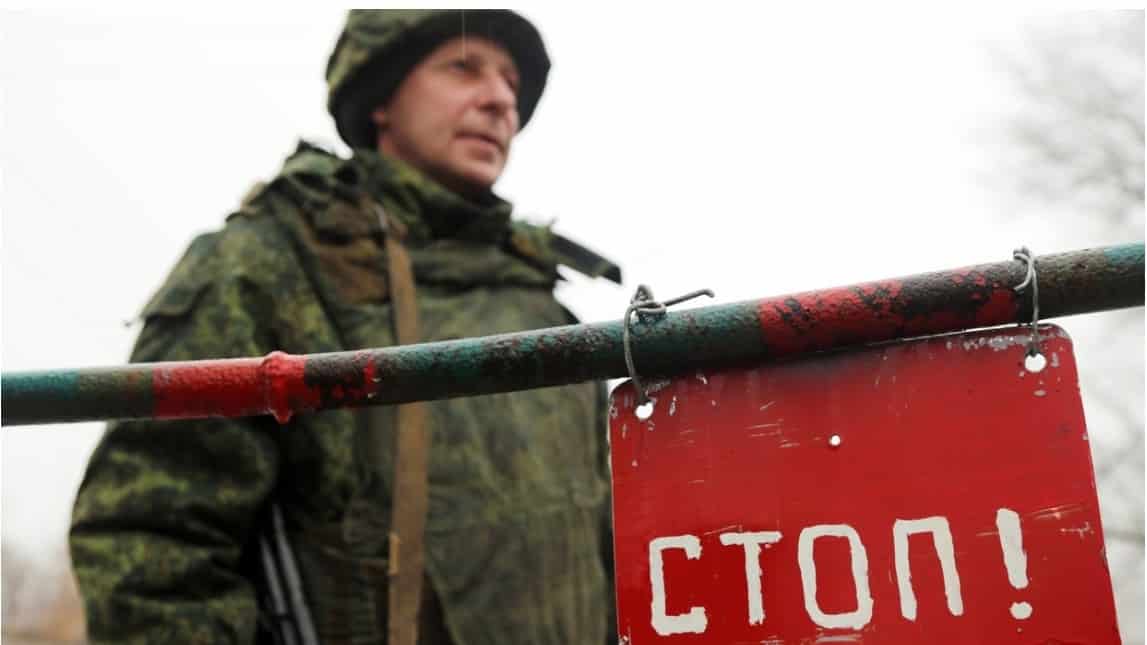 …by Professor Sergey Karaganov, honorary chairman of Russia’s Council on Foreign and Defense Policy, and academic supervisor at the School of International Economics and Foreign Affairs Higher School of Economics (HSE) in Moscow

Russian troops near the border of Ukraine are not going to move into the country. To do so would be simply senseless. Grabbing land already devastated by its anti-national and corrupt ruling class is one of the worst options available to Moscow.
–

Instead, it is likely that troops are there to prevent another assault on the self-proclaimed Donbass republics. If that were to happen, Kiev’s army would be destroyed and what is left of the already failed state will probably collapse. These troops and other military-technical means, as Russia generals nicely put it, are there to increase pressure on puppeteers rather than on puppets.

Russia could count on its greatly bolstered military capability, probably giving it what Western experts call “escalation dominance” in Europe and in other areas of vital interest. We also know that NATO’s Article Five, committing the bloc to mutual defense, is absolutely hollow – read it – in spite of an avalanche of assurances.

And the US under no circumstances would fight in Europe against a nuclear nation, risking a devastating response back home. In addition, Russia stands back-to-back with China, which greatly enhances the military-political capabilities of both.

The US and NATO are still rejecting Russia’s justifiable proposals – putting an end to further NATO expansion, which is seen as absolutely unpalatable in Moscow and liable to risk a big war, deployment of offensive arms in the eastern part of Central Europe, and a return to the status quo ante of 1997 when the Russia-NATO Act was signed.

The US counter-proposals about talks on confidence-building measures and arms control sound pleasant, but they are largely pointless. We have seen it all before. Confidence can only start to be restored when basic Russian interests are met.

We are also complicit for creation of the current prewar situation – by being weak and trusting our Western partners. Not anymore.

We also know that, if NATO used to be a defensive bloc, it has degenerated into an aggressive one after bombing what was left of Yugoslavia, the aggression of most of its members against Iraq, aggression against Libya, leaving behind hundreds of thousands dead and entire areas devastated.

NATO is not an immediate threat. We observed its fighting capabilities in Afghanistan. But we see it as a dangerous virus spreading bellicosity and thriving on it. Also, it is obvious that the closer it comes to our borders, the more dangerous it could become.

Russia has historically crushed all European coalitions that tried to defeat it – the last two led by Napoleon and Hitler. But we do not want another war. Even if it wouldn’t play out on our own territory.

The security system in Europe, built largely by the West after the 1990s, without a peace treaty having been signed after the end of the previous Cold War, is dangerously unsustainable.

There are a few ways to solve the narrow Ukrainian problem, such as its return to permanent neutrality, or legal guarantees from several key NATO countries not to ever vote for further expansion of the bloc. Diplomats, I assume, have a few others up their sleeves.

We do not want to humiliate Brussels by insisting on repudiating its erroneous plea for the open-ended expansion of NATO. We all know the end of the Versailles humiliation. And, of course, the implementation of the Minsk agreements.

But the task is wider: to build a viable system on the ruins of the present. And without resorting to arms, of course. Probably in the wider Greater Eurasian framework. Russia needs a safe and friendly Western flank in the competition of the future.

Europe without Russia or even against it has been rapidly losing its international clout. That was predicted by many people in the 1990s, when Russia offered to integrate with, not in, the continent’s systems. We are too big and proud to be absorbed. Our pitch was rejected then, but there is always a chance it won’t be this time.

This article was first published online by the Russia in Global Affairs journal.