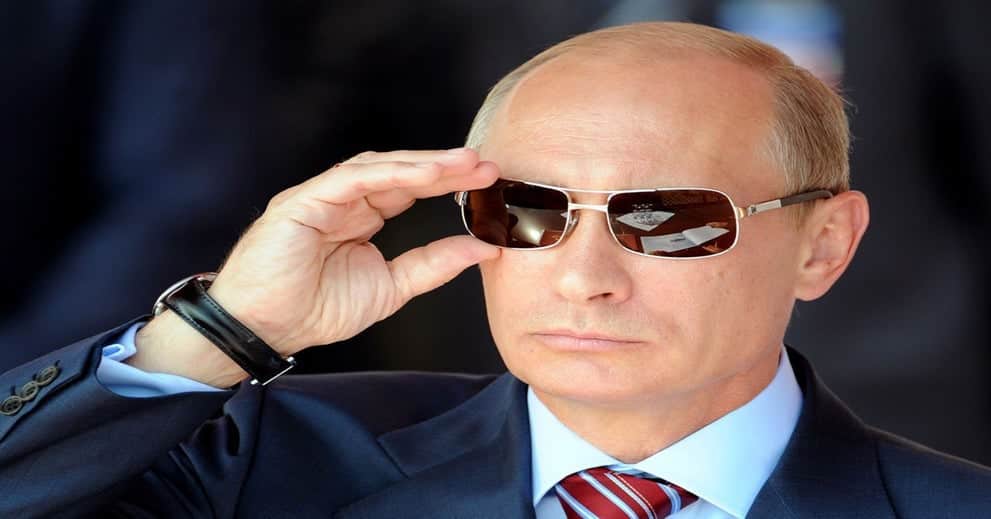 JEA: If you don’t think that the Khazarians aren’t in cahoots with the media to destroy Putin and indeed Russia, then think again.  In 2017, Professor Eric Heinze of Queen Mary University (London) declared that Russia “spread antisemitism more widely and durably.” Heinze continued to say:

“Russia’s state-directed antisemitism has historically taken more targeted, strategic forms — less frenzied nationalism than old-style imperialism. It has easily coexisted with Russian Jews holding positions of political or cultural prominence. And it has gone through phases: Soviets condemned Tsarist pogroms before turning antisemitism into a tool of their own.”

Heinze is inexorably positing the unarticulated thesis that his brethren have and are being persecuted for what they are, not for what they do. Nothing could be further from the truth.

Here is an example from Time Magazine’s A Tzar Is Born December 2007 article:

— “No one is born with a stare like Vladimir Putin’s. His pale blue eyes are so devoid of emotion that the stare must have begun as someone who understood that power might be achieved by the suppression of ordinary needs, like blinking.

Putin is unmistakably Russian with chiseled facial features and those penetrating eyes. One senses that Putin pays constant obeisance to a determined inner discipline. He is a believer and often reads the Bible.” —

The Wall Street Journal also published The Perils Of Putinism scorning Putin for preserving “order and stability” which the Khazarian Media works against.

The ‘political scientist’ Arnold Beichman published an article under the same title on Hoover Digest comparing Putin to Ivan the Terrible Here.

But Vladimir Putin knows all about the Khazarian Cult. That is why in a November 2007 speech to Russian Military Cadets he said:

IMMEDIATLY AFTER the inauguration of Putin’s chosen President Dmitri Medvedev on May 7 2008 a Russian Orthodox Church service followed.

Medvedev, who admits being baptized “at a mature age” Here and who also denies rumours of being Jewish affirmed his commitment to the Church saying, “The state’s special relations with the Russian Orthodox Church will be maintained and further developed to the benefit of the Fatherland” Here.

Just prior to this, Medvedev said in his April 27 2008 Easter Sunday Message, “The growing role of the Russian Orthodox Church opens new possibilities for the cooperation of the state and the Church in resolving current questions of the moral health of the nation in bringing up the young generation” Here.

Putin sent his own message on Easter Sunday 2008 saying, “The state will continue to support the Church in all its work to enlighten the moral education of our citizens, strengthen the influence of family values, and consolidate unity in the Orthodox community.” Here.

Immediately the Khazarian Media sprung into action with, “Putin’s message could deepen worries among Russians wary of efforts to press Russian Orthodox teachings on children.” But the only “Russians” that Putin’s message would worry are those who have been at war with the moral order since the beginning of time Here.

Putin & Medvedev have already begun the enlightenment of the youth with a new Orthodoxy 101 Curriculum in Russian Public Schools. And this is what the Jews fear most. 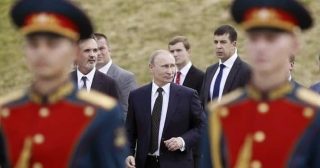 In Time Magazine’s Person Of The Year 2007 Interview With Putin, the War In Iraq and the threatened US War Against Iran were discussed:

Time: What do you think should be done in Iraq?

Putin: I said it was a mistake from the very beginning. Developments have proved that we were right. The US now believes it is impossible to impose time frames for a withdrawal.

In my view if the Iraqis know that a deadline is there they would be more proactive. But this is a decision that we must make together at the level of the United Nations.”

Time: What about a possible war against Iran by the US with regard to their alleged nuclear program?

Putin: Any military action against Iran would be a mistake. Russia’s foreign-policy stance is guided by objective and verified data and intelligence.”