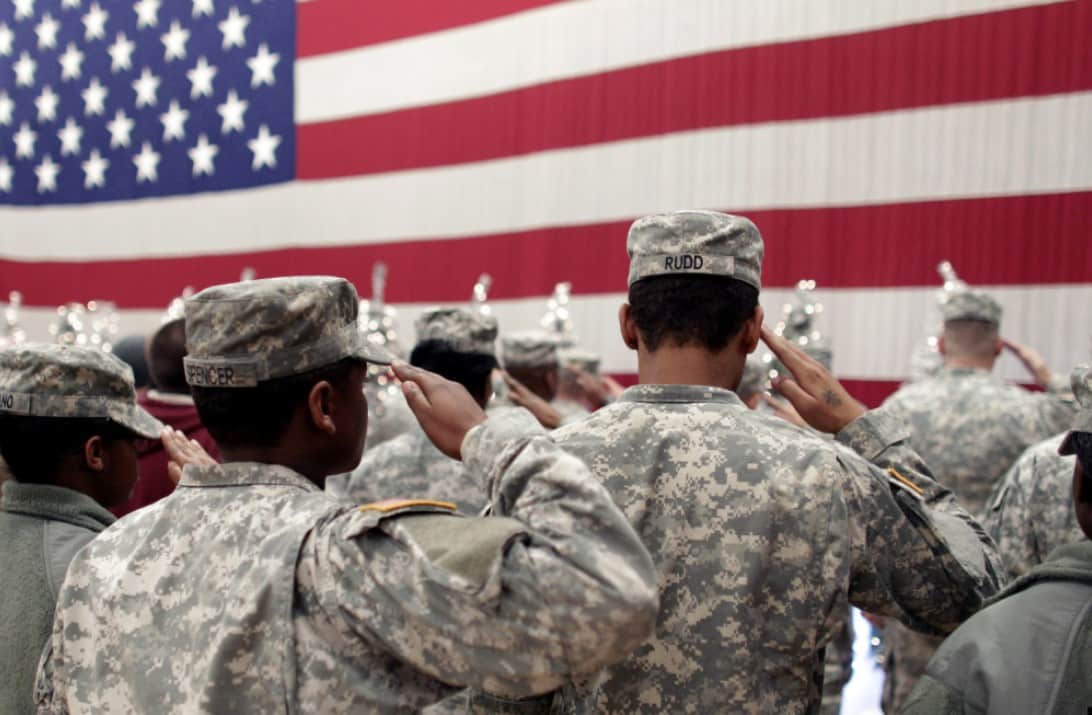 James Joyner is a Professor at the U.S. Marine Corps University (MCU). He trains Marines. Prior to coming to MCU in 2013, he was Managing Editor of the Atlantic Council, which is the main PR agency for NATO; and, so, he was selecting the propaganda they publish for NATO. Currently, he’s also an Editor at the Military-Industrial Complex (MIC) propaganda-blog, “Outside the Beltway,” which is read by MCU’s students, and by many U.S. soldiers.

On February 6th, Joyner wrote for that blog “Secrecy and Democracy: How do we know when our government is telling us the truth?”

He argued there that the AP reporter who, at the State Department’s February 3rd Press Briefing, had said that the U.S. Government should not expect the nation’s press to automatically trust the truthfulness of its allegations against another country, was wrong, and Joyner said that the function of America’s press is to broadcast the U.S. Government’s accusations against a country that it treats as being an enemy, and never to raise questions about those allegations’ truthfulness, but to instead treat all of them as being established facts against America’s alleged “enemies,” so as never to aid the U.S. Government’s anointed enemies of America — never to aid the targets of America’s MIC.

The title of Professor Joyner’s article presumed that sometimes the U.S. Government does, lie, but he was arguing that it never happens if the allegation is against a country that the U.S. might invade.

I posted to Joyner’s article the following reader’s comment:

The Biden White House has lied about many things, such as that there was no coup that brought the new (anti-Russia, pro-U.S.&EU) regime to power in Ukraine in February 2014 (see the evidence that it indeed WAS a U.S. coup at  https://archive.is/cU1oa ); so, why should the public now be trusting the Biden Administrations’ (like the Obama Administration’s) narrative that Russia, instead of U.S., was/is the aggressor there, and that America was/is the defender there? Isn’t this matter another example of the ‘Saddam’s WMD’ lies, from the George W. Bush Administration and Hillary Clinton and Joe Biden — NONE of whom has since ever admitted that they were lying to the American people and destroyed Iraq by their lies? “Fool me once … but fool me twice?” You want this now-routine lying to continue to be accepted and tolerated by the American public? Ring, ring, it’s the MIC calling! Just hang up the phone on them

The viewpoint that Joyner had presented in his blog-post (and to which I had responded) was that “There is legitimate need to keep secrets from the American public, lest they fall into the hands of our enemies.” However, if the Government is, itself, the American public’s enemy, then how truthful is that excuse? He went on in his article to say “But too often, information is classified ‘just to be on the safe side’ and then remains classified for far too long.” But still he was coming down against reporters doubting the truthfulness of their Government’s allegations regarding international relations, since that could help ‘the enemy’.

If Congress has not declared war against a country, then there IS (under the U.S. Constitution) no “enemy,” and so no Constitutional excuse such as “There is legitimate need to keep secrets from the American public, lest they fall into the hands of our enemies.” Then it’s simply the Government against its own public.

Joyner’s article takes an extremely hostile position against a press that isn’t propagandistic for its nation’s Government.

He said, for example, that “documents released by traitors to the Russian front Wikileaks and subsequently published by major newspapers” — a clause that ASSUMED that (the Australian) Julian Assange is a secret Russian agent who should be extradited to the U.S. to die in a prison here instead of in Britain, and that everything involved in WikiLeaks (including news-media that publish information from it) is nefarious, and that Russia remained an enemy of America after the Soviet Union and its communism and its Warsaw Pact all ended in 1991.

Furthermore, a response that he gave to one of his article’s reader-comments said: “There were other ways for Ellsberg to whistle-blow that I would have preferred. But he differs from Manning, Snowden, and others in that he was discrete in what he released. He vetted the documents rather than simply releasing everything he could get his hands on.” Obviously, the name “Assange” is missing from that response (and he didn’t even mention “Assange” in his article), but he has provided no indication that he opposes the U.S. regime’s demand that UK extradite Assange to a certain American death.

A more extreme pro-MIC (and anti-transparency and pro-secrecy by the U.S. Government) position is difficult even to imagine. Joyner’s expressed attitude (despite his artful obfuscations to hide it) is totalitarian. The U.S. military hires him to teach the elite Marines. What does this say about American ‘democracy’ and even about America’s ‘Constitutional democracy’?

There hasn’t been a U.S. declaration-of-war since 1941, but, after World War 2, America (and its Truman-created anti-Constitutional “standing army”) has invaded and occupied countries on more than 125 different occasions — IN VIOLATION OF THE U.S. CONSTITUTION. And MOST of those 125+ invasions were AFTER the end of the Soviet Union, NOT before; they were when the U.S. actually HAD NO ENEMY — not even an UNdeclared one.

This is therefore a mentally ill country. It is such because it’s being lied-to so much. But Joyner wants its press to be purely propagandistic regarding matters of war-and-peace. And he teaches Marines.

Joyner’s phrase, “the insinuation that reporters must take their word as gospel or be fellow travelers with our enemies is simply beyond the pale” does NOT contradict anything I have been saying. That hazy phrase by Joyner is non-committal regarding whether or not what the AP reporter Matt Lee was saying to the State Department spokesperson Ned Price on February 3rd was or wasn’t what the reporters at that press conference OUGHT to have been saying, in regard to whether the allegation by the U.S. Government should simply be assumed to be true and reported to the public as if it is true. (See my article about that press conference for the details on that matter.)

Ambiguity was carefully built into Joyner’s article so as to enable people who think that Lee’s comments at that press conference were to blame, and that Price’s responses to those comments were okay. In fact, Joyner was SO ambiguous that he didn’t even so much as even MENTION anything about that press conference, which had clearly sparked Joyner’s article so as to place Price’s (the U.S. State Department’s) comments into a more favorable light than is appropriate in any democracy.

Furthermore, Joyner’s allegation in responding to a reader-comment when Joyner said that “There were other ways for Ellsberg to whistle-blow that I would have preferred. But he differs from Manning, Snowden, and others in that he was discrete in what he released. He vetted the documents rather than simply releasing everything he could get his hands on” was ALSO fascistic (and not MERELY false as history, which it also is).

It doesn’t require an Assange, or any other whistleblower or authentic investigative journalist (or publisher of such), to be able to recognize that Joyner is against them and supports the punishments that the regime imposes (or aims to impose) upon them — for their whistleblowing against the regime.

Furthermore: America no longer has a draft-army; it’s now all-volunteer; and its members come into it WANTING to be a part of America’s MIC, and accepting that they can be dishonorably or otherwise negatively discharged (and lose their military benefits) if they so much as QUESTION their bosses, who are constantly indoctrinating them YET FURTHER in the official lies that those troops had believed even before they signed-up. These trainees NEED to comply with their bosses’ lies. It is demanded of them.

Professors such as Joyner are pushing along that same MIC agenda, not merely when writing propaganda for the Atlantic Council and other such MIC-fronts, but when grading their students. Any U.S. soldier who learns the truth too late is stuck: trapped in those lies, and obligated to behave as-if  those lies are instead truths.

To sign onto the U.S. military is to commit oneself to believe those lies, and to accept punishment for questioning them publicly prior to retiring from it. (Of course, after retirement, one is free to do so.) During that period of service, one’s brain is owned by the U.S. Government. That’s just a fact.