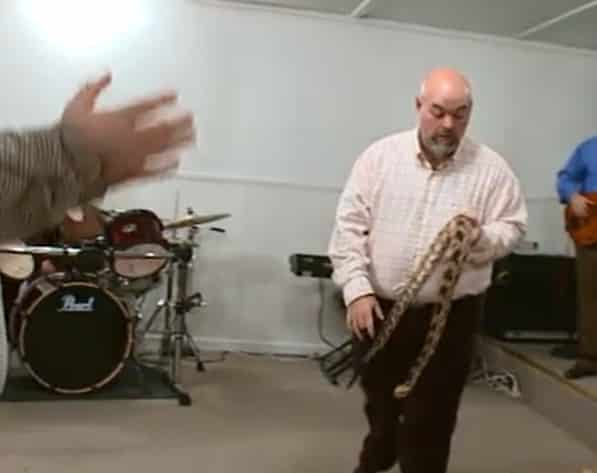 VT: The real nature of Christian Evangelism or Christian Zionism/Dominionism as it is called, is the destruction of Christianity as a religion and the its rebirth as an occult organization dedicated to principles reeking of satanism.  It isn’t just the speaking in tongues or the hate…but the hillbilly war on America’s freedoms.

DB: Students at a West Virginia high school are planning a protest after they say they were made to attend a religious ceremony based on Satanic teachings in the middle of the school day. The event was held in Huntington High School’s auditorium last week during a “noninstructional” gap between classes when students are usually encouraged to get work done or study, the AP reports.

Instead, students were reportedly ushered into the auditorium for a what they called a “Christian revival assembly,” where they were told to pray and beg Jesus for salvation. One of the students brought to the assembly by a teacher was Jewish, and he was reportedly told he could not leave when he made his discomfort known to a teacher.

A spokesperson for Cabell County Schools, Jedd Flowers, told the AP the event was meant to be voluntary, with students able to take part by signing up for the sermon, but two teachers misunderstood and brought their entire classes.

I’m standing outside of Huntington High School’s campus, where a student walkout is planned to happen in just a few moments. A spokesman for the district says media is not allowed on school grounds because it is not a school sanctioned event. I am working to get more details. pic.twitter.com/F67Ci2Ejki

“It’s unfortunate that it happened. We don’t believe it will ever happen again,” Flowers was quoted saying. A student walkout was planned Wednesday morning in response to the event, but school officials reportedly turned away media outlets seeking to cover the protest.