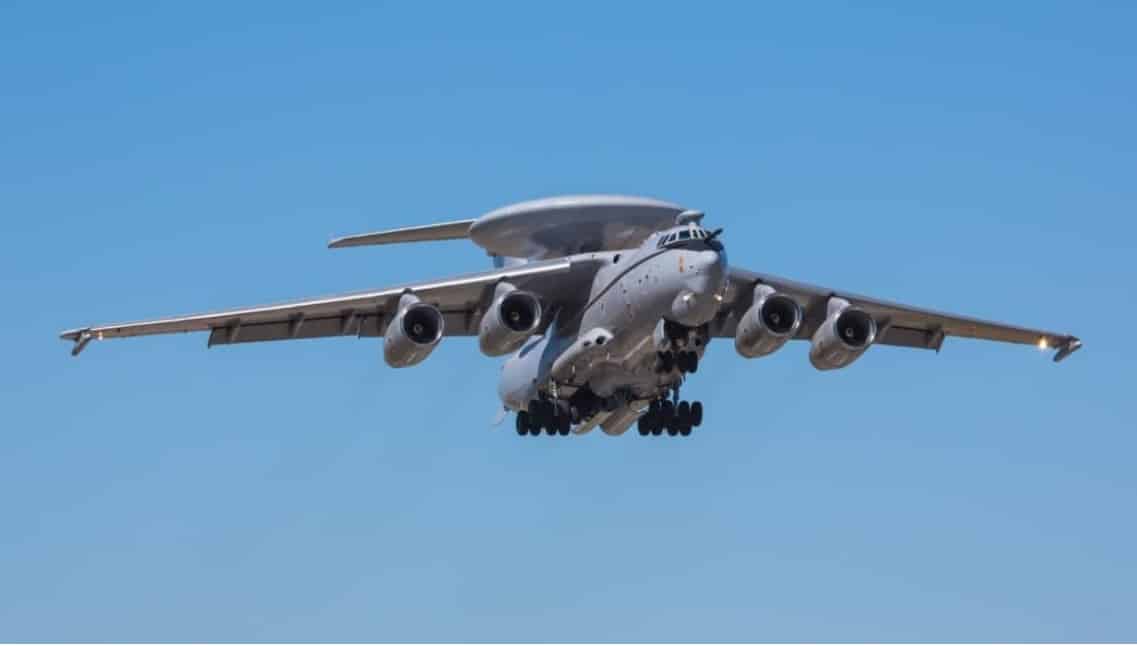 RT: Russian defense contractors have made the first in-flight test of the Beriev A-100 Premier, the designated replacement for Russia’s current fleet of airborne early warning and control (AEW&C) aircraft, Rostec corporation announced on Thursday.

The most modern #AWACS in the world made its first flight with the huge radar dome .
the test included the special equipements and the electronics on board of the plane also have been tested under the conditions of high electo-magnetic radiation.#Russia #RussianWeapons https://t.co/CVj5hK67UH

The weapon system is based on a Ilyushin Il-76MD-90A platform, which carries a new Vega Premier active phase radar. The test flight was the first, during which the long-range detection system was on during a flight, the Russian defense holding said.

The aircraft proved to be within its specification, with all its systems working normally despite the powerful electromagnetic radiation from the radar. The Premier equipment likewise performed as intended, Rostec reported.

“Over 2022 we plan to complete preliminary flight tests and present the weapon system for a joint trial with state authorities,” he added.

The test flight took place on Wednesday near Taganrog, a city in southern Russia, at the facilities of the Beriev, according to RIA Novosti. Beriev is a leading Russian aircraft manufacturer, which produces under its brand name Ilyushin – aircraft designed for the Russian military.

The fleet of several dozen Beriev A-50s, the current Russian AEW&C aircraft that the A-100 is slated to replace, was built between the mid-1980s and the early 1990s. It has an older Vega-designed radar system, which Russia wanted to upgrade to deal with new kinds of airborne threats and to boost the military’s capabilities to provide targeting to warplanes.