Home World Dystopia Disguised as Democracy: All the Ways in Which Freedom Is an... 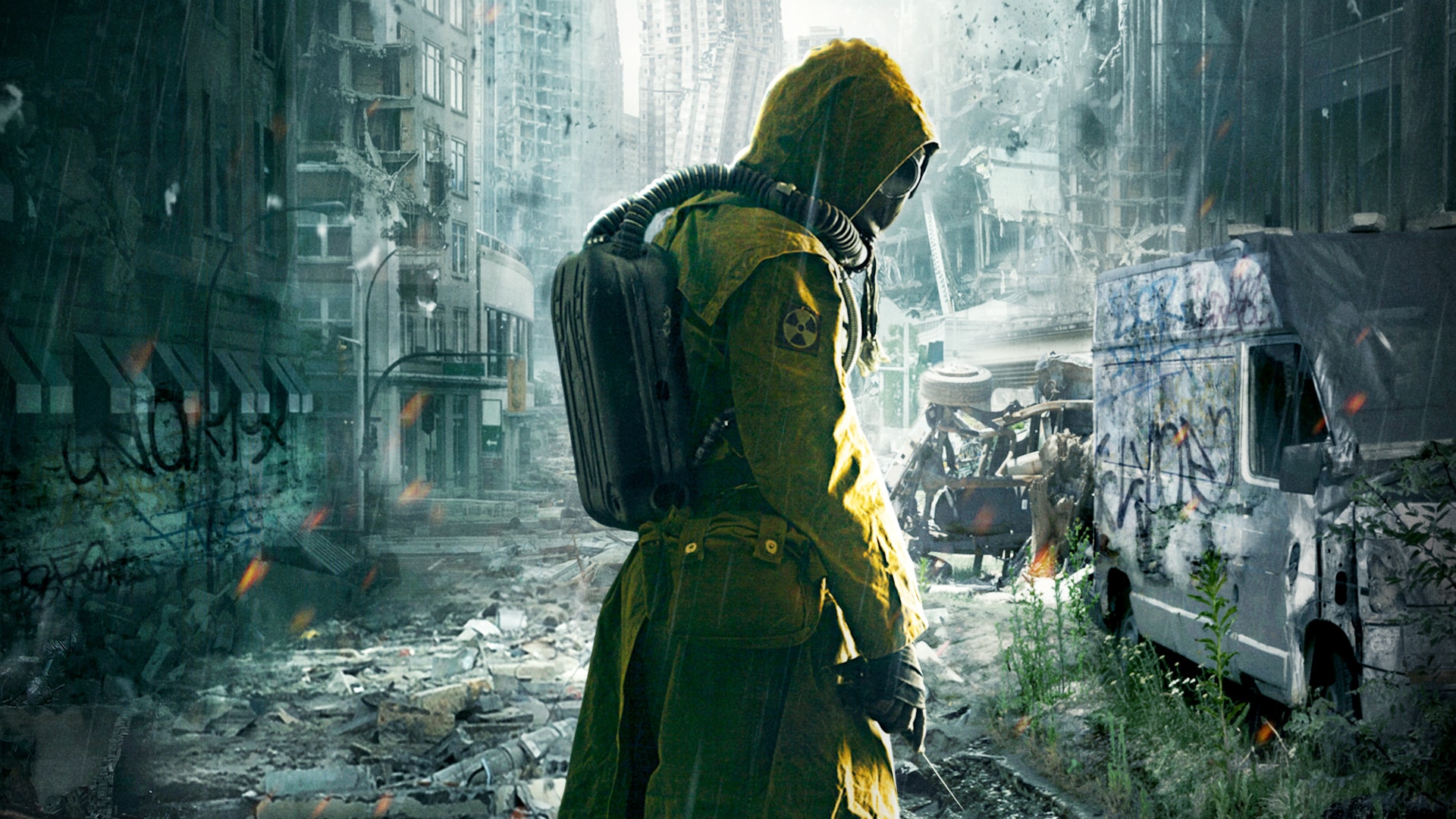 JEA: No one predicted that 2020 would be the year in which people started living in a Dystopian, somewhat nightmarish world. This world is already here, but there is still no need to despair.

We are no longer free.

We are living in a world carefully crafted to resemble a representative democracy, but it’s an illusion.

We think we have the freedom to elect our leaders, but we’re only allowed to participate in the reassurance ritual of voting. There can be no true electoral choice or real representation when we’re limited in our options to one of two candidates culled from two parties that both march in lockstep with the Deep State and answer to an oligarchic elite.

We think we have freedom of speech, but we’re only as free to speak as the government and its corporate partners allow.

We think we have the right to freely exercise our religious beliefs, but those rights are quickly overruled if and when they conflict with the government’s priorities, whether it’s COVID-19 mandates or societal values about gender equality, sex and marriage.

We think we have the freedom to go where we want and move about freely, but at every turn, we’re hemmed in by laws, fines and penalties that regulate and restrict our autonomy, and surveillance cameras that monitor our movements. Punitive programs strip citizens of their passports and right to travel over unpaid taxes.

We think we have property interests in our homes and our bodies, but there can be no such freedom when the government can seize your property, raid your home, and dictate what you do with your bodies.

We think we have the freedom to defend ourselves against outside threats, but there is no right to self-defense against militarized police who are authorized to probe, poke, pinch, taser, search, seize, strip and generally manhandle anyone they see fit in almost any circumstance, and granted immunity from accountability with the general blessing of the courts. Certainly, there can be no right to gun ownership in the face of red flag gun laws which allow the police to remove guns from people merely suspected of being threats.

We think we have the right to an assumption of innocence until we are proven guilty, but that burden of proof has been turned on its head by a surveillance state that renders us all suspects and overcriminalization which renders us all lawbreakers. Police-run facial recognition software that mistakenly labels law-abiding citizens as criminals. A social credit system (similar to China’s) that rewards behavior deemed “acceptable” and punishes behavior the government and its corporate allies find offensive, illegal or inappropriate.

We think we have the right to due process, but that assurance of justice has been stripped of its power by a judicial system hardwired to act as judge, jury and jailer, leaving us with little recourse for appeal. A perfect example of this rush to judgment can be found in the proliferation of profit-driven speed and red light cameras that do little for safety while padding the pockets of government agencies.

We have been saddled with a government that pays lip service to the nation’s freedom principles while working overtime to shred the Constitution.

By gradually whittling away at our freedoms—free speech, assembly, due process, privacy, etc.—the government has, in effect, liberated itself from its contractual agreement to respect the constitutional rights of the citizenry while resetting the calendar back to a time when we had no Bill of Rights to protect us from the long arm of the government.

Aided and abetted by the legislatures, the courts and Corporate America, the government has been busily rewriting the contract (a.k.a. the Constitution) that establishes the citizenry as the masters and agents of the government as the servants. 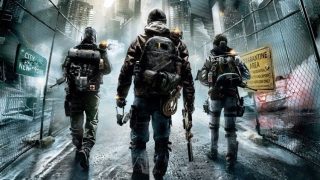 We are now only as good as we are useful, and our usefulness is calculated on an economic scale by how much we are worth—in terms of profit and resale value—to our “owners.”

Under the new terms of this revised, one-sided agreement, the government and its many operatives have all the privileges and rights and “we the people” have none.

Only in our case, sold on the idea that safety, security and material comforts are preferable to freedom, we’ve allowed the government to pave over the Constitution in order to erect a concentration camp.

The problem with these devil’s bargains, however, is that there is always a catch, always a price to pay for whatever it is we valued so highly as to barter away our most precious possessions.

In the end, such bargains always turn sour.

We asked our lawmakers to be tough on crime, and we’ve been saddled with an abundance of laws that criminalize almost every aspect of our lives. So far, we’re up to 4500 criminal laws and 300,000 criminal regulations that result in average Americans unknowingly engaging in criminal acts at least three times a day. For instance, the family of an 11-year-old girl was issued a $535 fine for violating the Federal Migratory Bird Act after the young girl rescued a baby woodpecker from predatory cats.

We wanted criminals taken off the streets, and we didn’t want to have to pay for their incarceration. What we’ve gotten is a nation that boasts the highest incarceration rate in the world, with more than 2.3 million people locked up, many of them doing time for relatively minor, nonviolent crimes, and a private prison industry fueling the drive for more inmates, who are forced to provide corporations with cheap labor.

We wanted law enforcement agencies to have the necessary resources to fight the nation’s wars on terror, crime and drugs. What we got instead were militarized police decked out with M-16 rifles, grenade launchers, silencers, battle tanks and hollow point bullets—gear designed for the battlefield, more than 80,000 SWAT team raids carried out every year (many for routine police tasks, resulting in losses of life and property), and profit-driven schemes that add to the government’s largesse such as asset forfeiture, where police seize property from “suspected criminals.”

We fell for the government’s promise of safer roads, only to find ourselves caught in a tangle of profit-driven red-light cameras, which ticket unsuspecting drivers in the so-called name of road safety while ostensibly fattening the coffers of local and state governments. Despite widespread public opposition, corruption and systemic malfunctions, these cameras are particularly popular with municipalities, which look to them as an easy means of extra cash. Building on the profit-incentive schemes, the cameras’ manufacturers are also pushing speed cameras and school bus cameras, both of which result in hefty fines for violators who speed or try to go around school buses.

We’re being subjected to the oldest con game in the books, the magician’s sleight of hand that keeps you focused on the shell game in front of you while your wallet is being picked clean by ruffians in your midst.

This is how tyranny rises and freedom falls.

With every new law enacted by federal and state legislatures, every new ruling handed down by government courts, and every new military weapon, invasive tactic and egregious protocol employed by government agents, “we the people” are being reminded that we possess no rights except for that which the government grants on an as-needed basis.

Indeed, there are chilling parallels between the authoritarian prison that is life in the American police state and The Prisoner, a dystopian television series that first broadcast in Great Britain more than 50 years ago.

The series centers around a British secret agent (played by Patrick McGoohan) who finds himself imprisoned, monitored by militarized drones, and interrogated in a mysterious, self-contained, cosmopolitan, seemingly idyllic retirement community known only as The Village. While luxurious and resort-like, the Village is a virtual prison disguised as a seaside paradise: its inhabitants have no true freedom, they cannot leave the Village, they are under constant surveillance, their movements are tracked by surveillance drones, and they are stripped of their individuality and identified only by numbers.

Much like the American Police State, The Prisoner’s Village gives the illusion of freedom while functioning all the while like a prison: controlled, watchful, inflexible, punitive, deadly and inescapable.

Described as “an allegory of the individual, aiming to find peace and freedom in a dystopia masquerading as a utopia,” The Prisoner is a chilling lesson about how difficult it is to gain one’s freedom in a society in which prison walls are disguised within the trappings of technological and scientific progress, national security and so-called democracy.

Perhaps the best visual debate ever on individuality and freedom, The Prisoner confronted societal themes that are still relevant today: the rise of a police state, the freedom of the individual, round-the-clock surveillance, the corruption of government, totalitarianism, weaponization, group think, mass marketing, and the tendency of mankind to meekly accept his lot in life as a prisoner in a prison of his own making.

The Prisoner is an operations manual for how you condition a populace to life as prisoners in a police state: by brainwashing them into believing they are free so that they will march in lockstep with the state and be incapable of recognizing the prison walls that surround them.

We can no longer maintain the illusion of freedom.