[ Editor’s Note: The Congressional Republicans thought they were going to put Adam Kinzinger and Liz Cheney on the run politically, but he has turned the tables on them with his participation in the Jan6 Committee. He and Liz will be remembered when so many will not be.

What Kinzinger will have going for him is that his political integrity will be intact, whereas the Trump goofballs’ will not. Sure they can win re-election and most will still have their seats, but they can say goodbye to being respected by a large segment of the public.

They may act now like that does not matter, but just look at some of the other Republican yoyos, who ‘can’t stop saying stupid things’. And then you have “I can’t keep my hands off young girls” Matt Gaetz. And Madison Cawthorn is facing a challenge to his even running for office again in North Carolina, being challenged for supporting insurrection.

Republicans once viewed themselves as the ‘grownups’ party, one that was insulated from stupidity. That reputation is now down the drain not only due to Trump, but for all those groveling at his feet.

These idiots really think that it will eventually all pass over, as past scandals have. That might have been a ‘maybe’ in supporting the Trump Steal, but after they doubled down on supporting the Insurrection, they entered the Twilight Zone and still don’t get it.

As Rod Serling would say in the lead-in to his infamous Twilight Zone shows, “You’re traveling through another dimension.” This is what the Banana Republicans have done to themselves, entered a new dimension, but they haven’t figured it out.

In 1961 FCC chairman Newton Minow gave a speech lamenting the sad state of television programming, literally calling it a “vast wasteland”, and cited The Twilight Zone as one of the few exceptions.

The Banana Repubs now have the dishonor of getting the long lasting scorn that is coming their way, and then some things that will not be coming their way, like honor and respect. It’s unlikely they will ever be able to wash the stain off what they did… Jim W. Dean ] 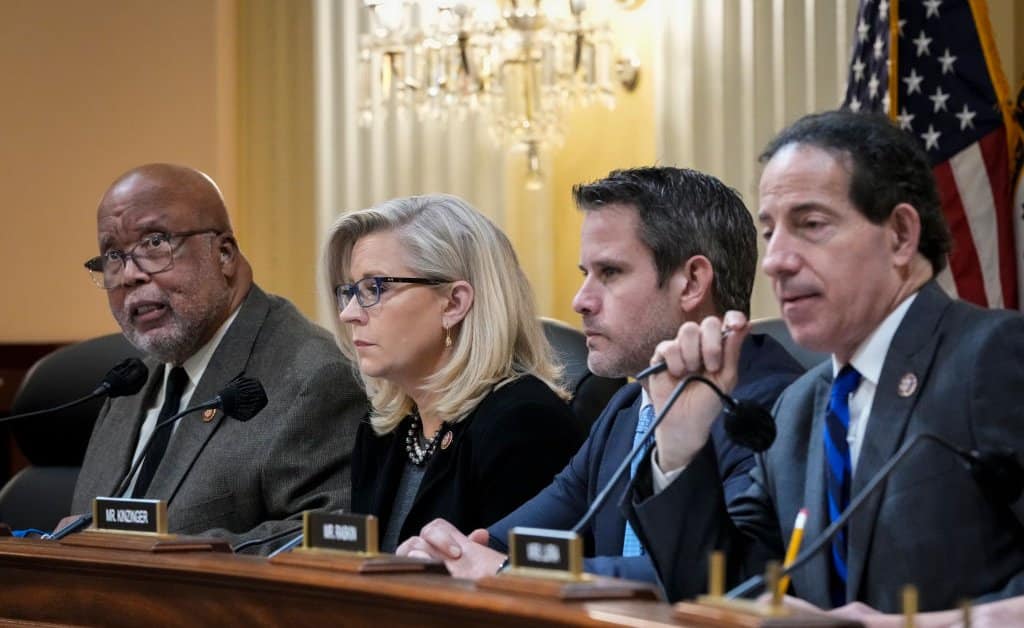 Rep. Adam Kinzinger (R-Ill.) was recently censured by the Republican National Committee with Rep. Liz Cheney (R-Wyo.) over their participation on the House select panel.

During its winter meeting in Salt Lake City earlier this month, the RNC accused the two lawmakers “of participating in a Democrat-led persecution of ordinary citizens engaged in legitimate political discourse.”

…Speaking on CBS’ “Face the Nation,” Kinzinger said, “This is a moment where every Republican, I don’t care if you’re running for City Council all the way up to Congress, Senate, etc., every Republican has to be clear and forceful on the record… Don’t let them avoid it, don’t let them hem haw, don’t let them transition to some other subject they’d rather talk about. This is an answer every one of them have to give, and then we can move on once they’re clear and on the record.”

…Stating that he was pleased by recent remarks on Jan. 6 by Senate Minority Leader Mitch McConnell and former Vice President Mike Pence, Kinzinger said he wanted to hear from more of his fellow lawmakers.

“I have lost faith in some of the courage of my colleagues,” he told host Margaret Brennan. “I thought that every person, when they swore an oath, had some version of a red line they would never cross.”