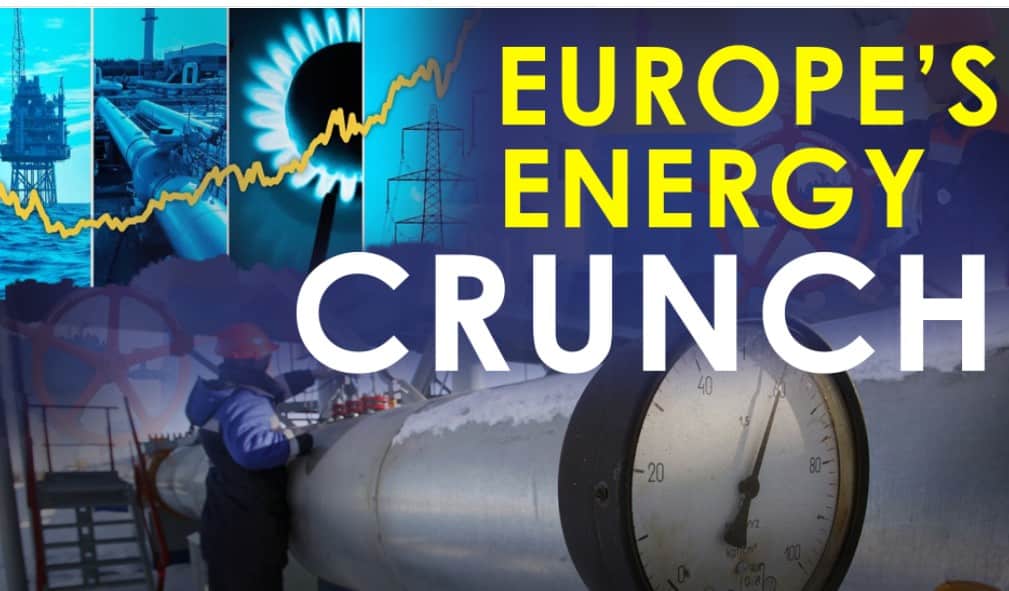 Europe is facing a gas shortage crisis which is driving up prices of other goods, including food, across the continent, partly due to the tensions in East Europe and fewer Russian gas deliveries to the bloc.

But certain European countries are experiencing massive gas and energy hikes, like the UK, which has also led to inflation.

Tensions between the West and Russia remain high, with the United States and its allies accusing Moscow of planning the invasion of its western neighbor, Ukraine, and Russia denying all the accusations.

The tensions are already starting to hurt Europe, which is largely dependent on Russian gas. The threats of sanctions against Russia are raising concerns regarding a possible disruption of supply incongruent with demand in the energy market.

There have been other factors at play as well, the cold winter, low gas storage levels, high European Union carbon prices, fewer liquefied natural gas tanker deliveries due to higher demand from Asia, lower than normal Russian gas supplies and infrastructure outages, are all cited as reasons why the continent is facing a potential energy crisis.

The crisis which we have is in part self made by the European Union because they have allowed the storages to run pretty empty; in wintertime! This is crazy. And there’s another story from the EU side which is unprecedented, I think, in the world’s history, that there’s a double pipeline, brand new, ready to deliver on Germany’s shores, coming directly from Russia, and we are refusing to use that second double pipeline.

That explains the rising energy prices across the continent with benchmark European gas prices at the Dutch TTF hub rising by 330% last year, while benchmark German and French power contracts have more than doubled.

The United Kingdom is facing rising inflation at rates not seen for the past three decades. A major retail company is now warning that the worst is yet to come.

Britain’s biggest retailer Tesco says the prices of its products can go up as much as 5% in the months to come. The company blames this state of affairs on the rise in energy bills.

Last week, the Bank of England raised interest rates, for the second time in three months, after forecasting that peak inflation will reach a record seven percent in April.

What the European countries can’t deny is that they need Russian gas.

Take Germany, for example, which is expecting the Nord Stream two pipeline project to become operational.

The pipeline would potentially supply 26 million German households but the United States might be the one to prevent that from happening.

The notion that Nord Stream 2 would go, Nord Stream would go forward with an invasion by the Russians; just not going to happen.

And it’s Europe which is not, you know, trying to make a good connection with Russia and see to it that Nord Stream 2 starts producing, starts delivering, this is the situation. It’s crazy situation and I think there is no situation like this in human history that the goods are ready, but the victim refuses the goods because there’s a strong guy behind like Washington, like the US, stopping that.