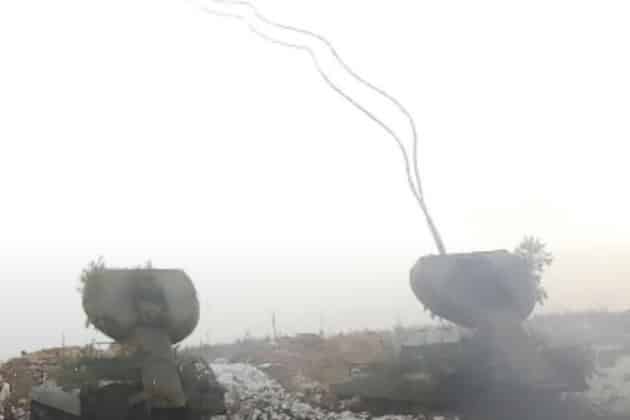 Avia Pro: The Ukrainian military began to create corridors for the breakthrough of troops.

A few hours ago, the Ukrainian military was able to successfully clear minefields near the settlements of Kominternovo and Sakhanka, located in the south of the DPR. It is known about making at least three passages to break through military equipment. At the same time, UR-77 installations, previously seen in the area of ​​\uXNUMXb\uXNUMXbthe settlement of Shirokino, were used for mine clearance. The data on this subject is voiced by Igor Strelkov.

“According to reports from the front, the enemy in the Sakhanka-Kominternovo area this afternoon and evening repeatedly cleared minefields in front of our front line using UR-77 (“Snake Gorynych”) installations.”– said in the message.

It is known that near this section of the contact line there is a large number of Ukrainian armored vehicles, as well as multiple launch rocket systems. In this regard, the DPR expects a powerful breakthrough of the Armed Forces of Ukraine in this direction over the next few days.

According to data previously voiced by the intelligence of the countries of the world, the armed conflict in Ukraine will begin this week. At the same time, taking into account the current situation, there is every reason to believe that it will begin due to an attack by the Armed Forces of Ukraine on the self-proclaimed republics of Donbass.