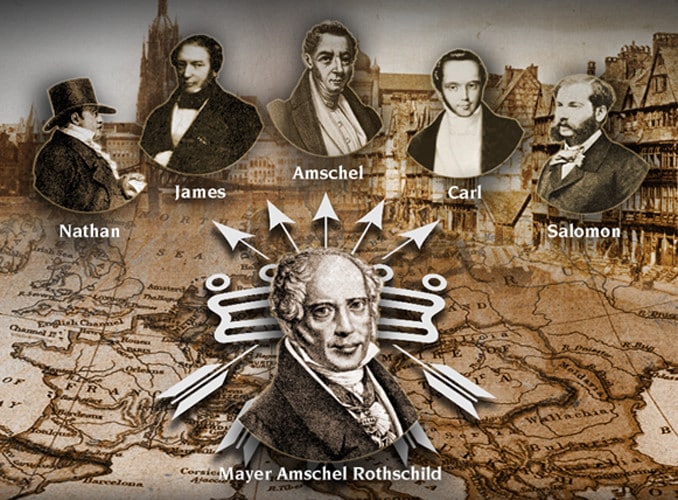 “If the American people ever allow private banks to control the issue of their currency, first by inflation, then by deflation, the banks and corporations that will grow up around them will deprive the people of all property until their children wake up homeless on the continent their Fathers conquered….

I believe that banking institutions are more dangerous to our liberties than standing armies…. The issuing power should be taken from the banks and restored to the people, to whom it properly belongs.”

Jefferson was absolutely right. Look at what the Khazarian Bankster Cult has been able to do over the centuries in nearly all the continents. 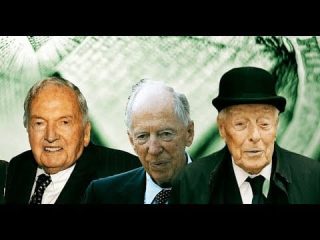 THE WORLD OF HIGH FINANCE is a Khazarian world.

Wars and revolutions are interwoven with International Khazarian Banking. National loyalties have not part in the minds of Khazarian bankers but rather an agenda that promotes the Anti-Christian cause of the Mafia.

The Khazarian investment bank, Kuhn, Loeb, & Co is a case in point. The bank was started by Solomon Loeb in 1867 in New York City. Loeb was a partner with Abraham Kuhn in a Cincinnati clothing business. Kuhn returned to Germany in 1868 and there he was introduced to an Orthodox rabbi’s son named Jacob Schiff.

Impressed with the young Jewish yeshiva student, Kuhn sent Schiff off to his partner Solomon Loeb in America. The young Jacob Schiff also impressed Solomon Loeb with his financial acumen, and soon brought millions to the firm by his pursuit of the American Railroad business.

Eventually the firm, through Schiff’s European connections with the House of Rothschild, controlled all of the railroads in America. Jacob Schiff’s own career advancement soon found him not only the head of the firm, but as director of the Central Trust company, the Western Union Telegraph Company, and the Wells Fargo Express Company. 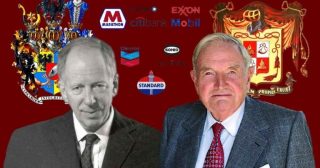 Jacob Schiff also had an Anti-Christian Jewish agenda. As an Orthodox yeshiva student now turned banker, Schiff’s first Anti-Christian act was his funding of the Japanese war machine in the Russo-Japanese War of 1905. Schiff had a fierce hatred of the Christian Tzar Nicholas II and his Christian policies in Russia. Thus Schiff made sure that Japan had the needed capital to win the war against Christian Russia.
(SEE: Don Heddesheimer, The First Holocaust)

The Russian writer Leo Tolstoy viewed Japan’s victory as a punishment of Russia for it being too influenced by Jews. In a letter to a friend Tolstoy explained Russia’s defeat:

From 1906 to 1920, Schiff gave over $20 Million Dollars in Gold to Levi Braunstein, (Trotsky), to finance the Anti-Christian Bolshevik cause. This was confirmed by the Jewish Communal Register of New York City: “Jacob Schiff financed the enemies of autocratic Russia and used his financial influence to keep Russia from the money markets of the United States.”

THE CONGRESSIONAL LIBRARY records that in 1909 Jacob Schiff gave an ultimatum to President William Howard Taft. The conversation is related by Benjamin Freedman, (a Jewish convert to Roman Catholicism), whose wealthy Zionist father worked closely with Washington insiders:

Schiff: “We want you to cancel the Most Favored Nation Treaty with Tzarist Russia.”

Taft: “I will not submit to your demands.”

Schiff: “We will put a President in Washington to whom we can dictate what he should do.”
(See: Benjamin Freedman On The Jews)

Benjamin Freedman tells the rest of the story:

——- “Jacob Schiff then came back to New York, (He was at that time head of The American Jewish Committee), and in my father’s home, in the presence of many prominent men, they decided to get rid of President Taft. They also made plans to get rid of the Republican Party and put in their own party and their own President.

They set up the National Democratic Headquarters at 200 Fifth Avenue and Henry Morgenthau Sr. was made chairman of the Finance Committee. I was made his assistant. I saw everything that went on because I handled all the books. Jacob Schiff and the Jews started looking around for a man to put up as President. They got Woodrow Wilson, a rascal who wasn’t worth the powder to blow him to hell!

Now you find in politics, every time they pick a candidate and put him out in front, the behind-the-scenes guys have the goods on him. And Mr. Schiff sure had the goods on Mr. Wilson! He had been sleeping with the wife of a fellow professor at Princeton whose name was Peck. And they used to call Wilson at Princeton, “Peck’s bad boy.”

When Mrs. Peck got a divorce she heard of the Jew Samuel Untermeyer of the firm, Googenheim, Untermeyer and Marshall, who supplied much money to the newly-formed Democratic party. She went to him with a big package of love letters which I read, (Wilson was a great letter writer. He knew his vocabulary when it came to making love!) So they got the idea of blackmailing Wilson for $40,000, the amount of her son’s debt that he had run up. She got Samuel Untermeyer to go to see Wilson as a lawyer.

Mr. Untermeyer told President Wilson, “I’ll advance that money if you will do one favor for me. The next opening on the Supreme Court, I want to name the man.” So Wilson said, ”It’s a deal!” and they paid the $40,000. When a vacancy appeared on the Supreme Court, Mr. Untermeyer recommended Mr. Brandeis. Mr. Brandeis was the number one Zionist in the United States and knew how to use a “friendship” with Mr. Wilson.

To make a long story short, when World War I broke out, it didn’t take long for the Germans to get the upper hand and in 1916 they offered a Peace Treaty to England. When the offer was made, the Zionists in London went to the British War Cabinet, (according to their own record now archived in the British Museum), and made a counter offer. Their offer went something like this, “You don’t have to lose this war,” said the Jews. “We’ll bring in America but you’ve got to guarantee us Palestine.” That’s how the Balfour Declaration of 1919 came about.” ——

Khazarians American politics through their financial power and control. The above is just one example of how the Khazarian bankers are calling the shots in America and around the globe. Jewish money is behind the Jewish neocons like Richard Perle and Paul Wolfowitz who are dictating America’s foreign policy to President Bush and the Senate.