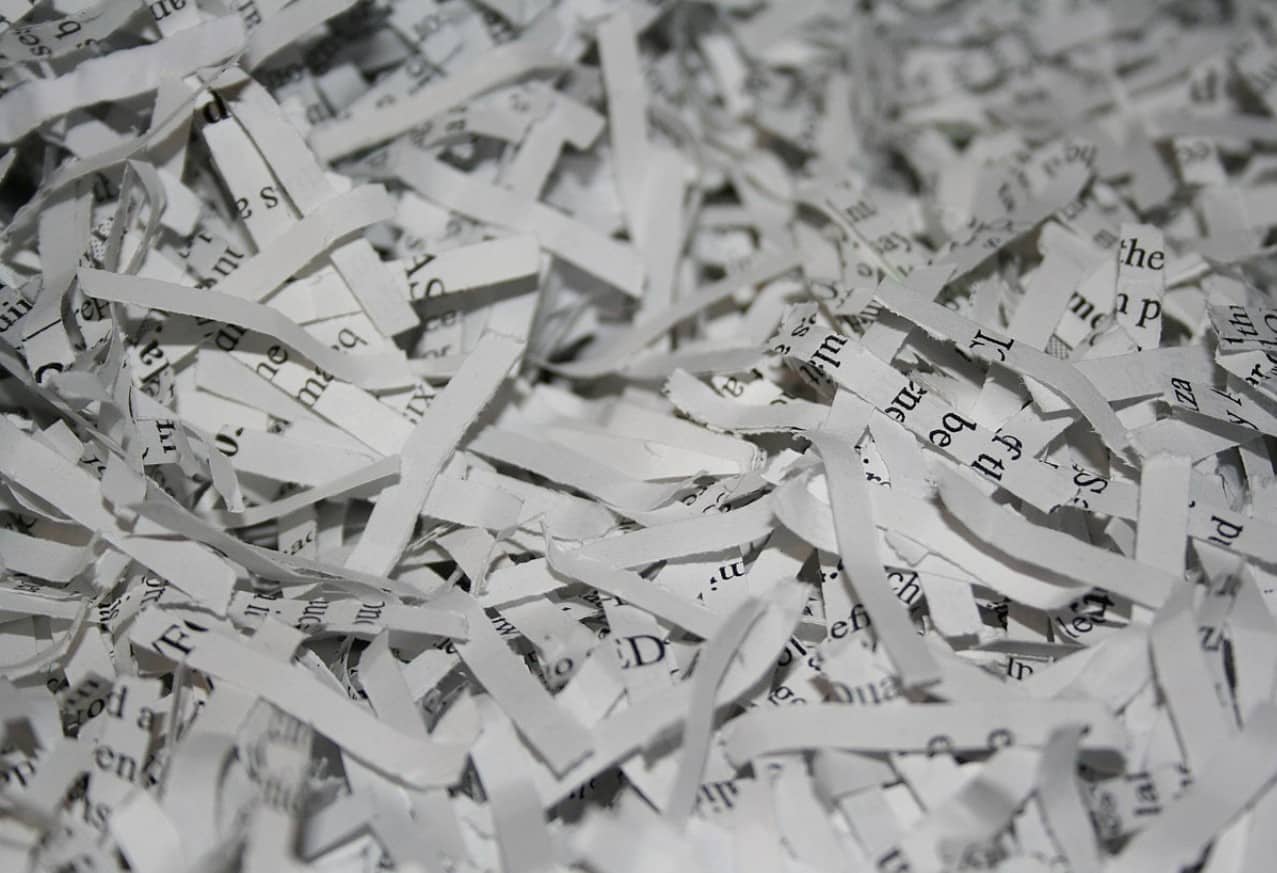 He tore them into pieces. Sometimes he threw those pieces into the trash basket, where diligent federal employees would gather the pieces and tape them back together. Sometimes he flushed them down the toilet. And sometimes, he ate them.

The former President of the United States, one of the most powerful men in the world, stuffed strips of torn paper into that puckered sewer-hole of a mouth, chewed them up, and swallowed.

Unless we are to believe that Trump somehow developed a taste for Hammermill Copy Plus®, there is only one reason why he would do such a bilious thing: to ensure that no one could ever see what was written on those documents.

Needless to say, there are highly effective, legal means of keeping documents concealed, when one is the president. He could have classified them, for example. That would have kept prying eyes away until he was moldering in his grave. There are documents that crossed the desk of LBJ and Richard Nixon that have still not been made public.

But Trump didn’t do that. He destroyed documents in the way that crooks dispose of incriminating evidence. This was not George H.W. Bush or Bill Clinton marking something top secret for reasons of national security. This was Karen Hill flushing her husband’s cocaine down the toilet before the feds could seize it.

And this is of a piece with Trump. If there is one thing that has been made abundantly clear about the Defeated Former Guy, it’s that he doesn’t want us to see the evidence. For a guy who won’t shut up, he sure knows how to keep quiet when silence serves his nefarious purposes.

Because of countless first-hand accounts, we know that Trump is an unrepentant bigot who makes racist comments all the time. Somewhere there are tapes, outtakes from The Apprentice, in which he drops n-bombs and other un-choice words. Noel Casler was among the first in the crew of that franchise to speak out about this. Six-plus years after the DFG began his campaign, those tapes have yet to surface.1

How many times on the campaign trail, and during the first few years of his presidency, did Trump promise to release his taxes? David Corn of Mother Jones tweeted this almost every day for the entire presidency:

Today would be a good day for @realDonaldTrump to release his tax returns.

But it still hasn’t happened. The only reliable look at Trump’s finances—the jaw-dropping New York Times expose by Russ Beuttner and Susanne Craig that the paper of record could not have promoted less if it tried—showed gargantuan losses, year after year after year: over a billion dollars out the door over the course of a decade. Billion, with a “b”—as in broke or bankrupt or bust or belly-up.  Read more…