[ Editor’s Note: This guy was really an idiot, offering submarine propulsion technical intel by contacting a still unidentified US ally (possibly Australia), who of course passed the offer onto US authorities.

This puts Toebbe in the running for the ‘Dumb and Dumber Award’, with his wife getting an honorable mention, and kids that will be writing him letters while they finish growing up. He can now be a poster boy for others dreaming of such silly ‘legend in their own minds’ hallucinations.

His wife Diana seems to have gotten a pass, I assume to continue raising the kids, which will be a tough sentence in itself.

His real punishment will be what his kids will now suffer, but who knows. If he has the egomaniac disease, he will not care.

Onward we go to hunt down all the Trumper criminals. We may need a dedicated prison to hold them all before it is over. Donald will want the penthouse suite of course… Jim W. Dean ] 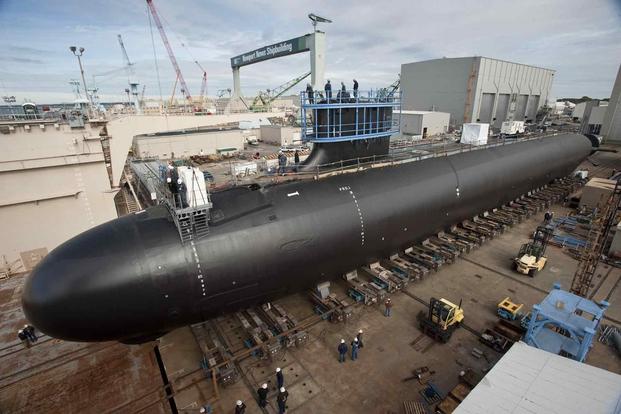 Jonathan Toebbe, a nuclear engineer, pleaded not guilty in October and was detained pending trial. In Monday’s binding plea deal, Toebbe will be sentenced to between about 12 and a half and 17 and a half years in prison, and is required to turn over and provide access to all electronic devices, accounts and any other files he might have.

He also consented to assisting federal officials with locating all classified information he possesses, as well as the money the undercover FBI agent gave him while the government gathered evidence.

“From on or about April 1, 2020 through Oct. 9, 2021, in Jefferson County, W.Va., and elsewhere, I conspired with Diana Toebbe to transmit restricted data to a foreign nation in exchange for payment,” Jonathan Toebbe told Magistrate Judge Robert Trumble during a hearing on Monday afternoon in Martinsburg, W.Va.

… “Please have your experts examine the documents,” the letter said, according to the FBI. “I think they would agree that your country’s attempt to develop a [redacted] would be greatly aided.”

… “Toebbe worked with and had access to information concerning naval nuclear propulsion including information related to military sensitive design elements, operating parameters and performance characteristics of the reactors for nuclear powered warships,” the Justice Department said in a news release on Monday afternoon.