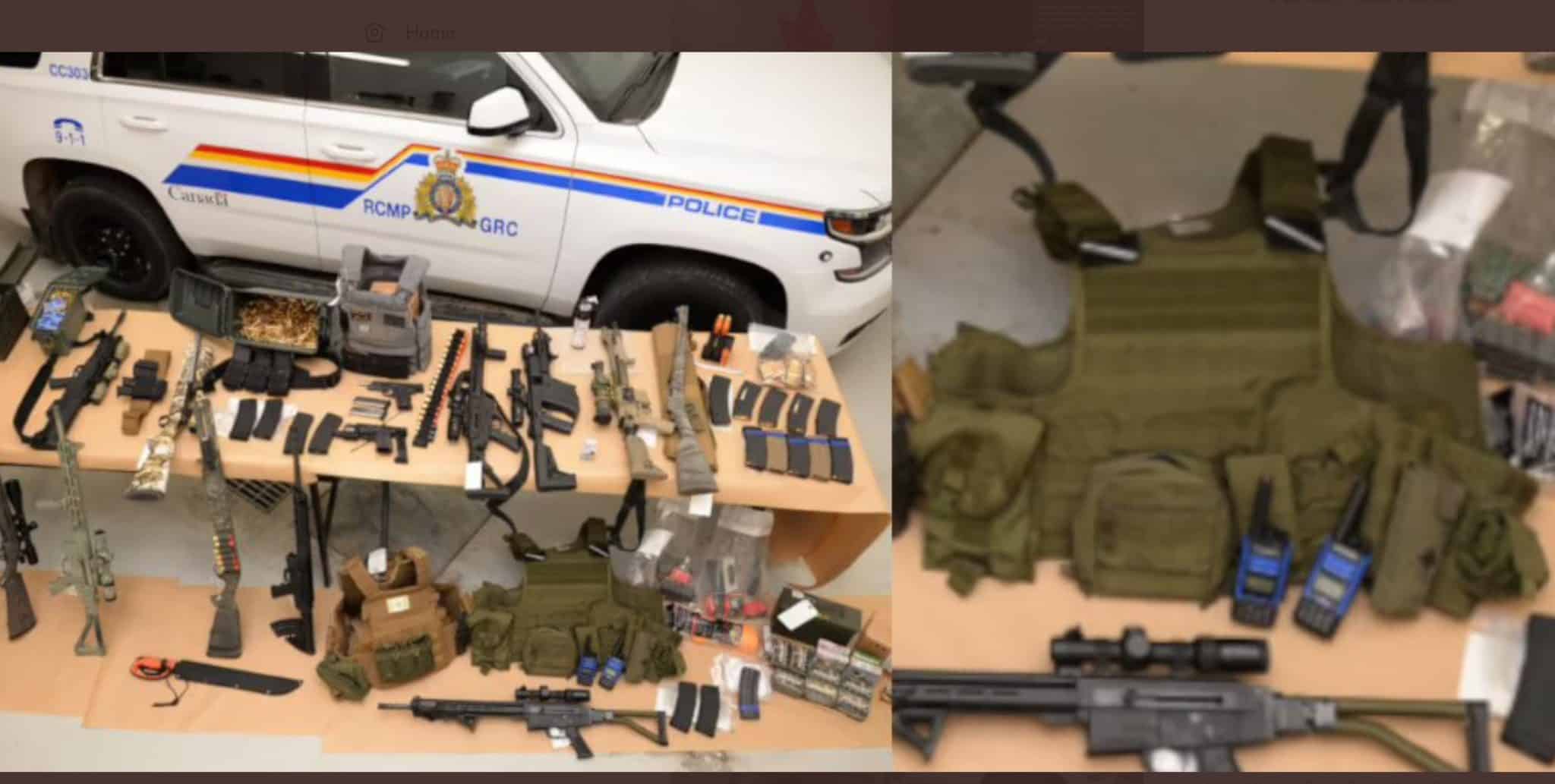 Vice: Two of four men charged for allegedly plotting to kill cops if they disrupted a trucker border blockade have connections to a shitposting far-right group.

The men were part of a smaller, more extreme group that allegedly formed within the larger anti-vaccine mandate “freedom convoy” protest that shut down the U.S.-Canada border in the small town of Coutts, Alberta. Police said intelligence sources indicated there was a “small organized group” that “had access to a cache of firearms with a large quantity of ammunition.”

🧵Following the RCMP raid and seizure in #Coutts, Chris Lysak, once called the "head of security for Diagolon" by de facto leader Jeremy MacKenzie, has been accused of conspiracy to commit murder. 1/ pic.twitter.com/s8xLT8WbXR

“The group was said to have a willingness to use force against the police if any attempts were made to disrupt the blockade,” the RCMP said in a press release.

One of his Diagolon friends gets arrested for conspiracy to murder and Derek Harrison decides to "go dark".
Nothing suspicious about that. pic.twitter.com/ee0rIkq2UI

As first reported by the Globe and Mail, a tactical police squad descended upon two campers and a mobile home in Coutts early Monday morning. They arrested 11 people and seized 13 long guns, handguns, multiple sets of body armour, a machete, a large quantity of ammunition, and high-capacity magazines.

Special credit to the keen Reddit user who placed so many signatures on the flag, as well as identified where it was located. 6/ https://t.co/AeRdWdjrJP

“The dangerous criminal activity occurring away from the TV camera and social media posts was real and it was organized,” said RCMP Deputy Commissioner Curtis Zablocki. “It could have been deadly for citizens, protestors, and officers.”

Also spotted is an "infidel" patch. While this patch doesn't indicate membership to a specific network, unlike Diagolon, it is well known among Islamophobic militias and biker-style hate groups.
4/ pic.twitter.com/eOCz6lf1XT