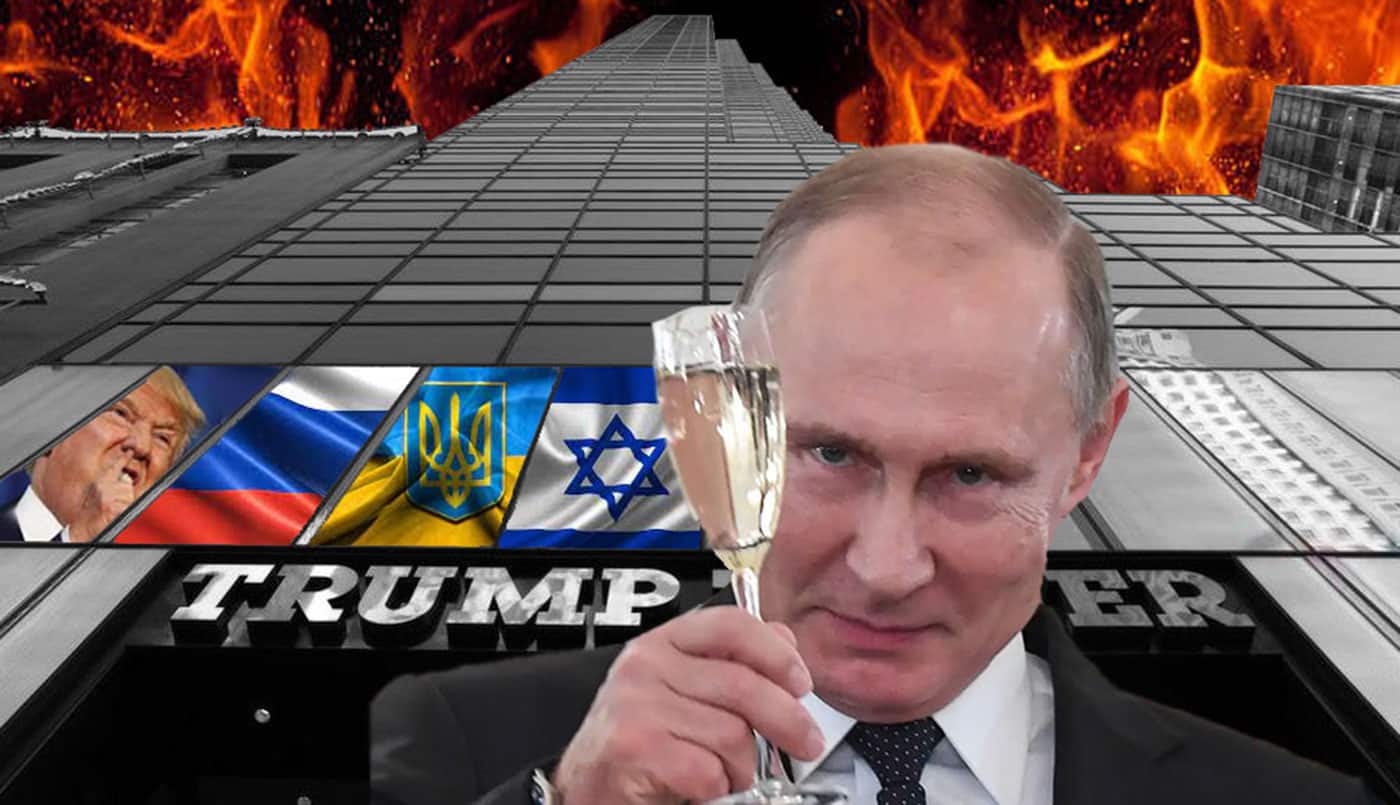 The fate of Afghanistan was sealed as soon as the US forces evacuated Bagram airbase in the dead of the night on July 1, six weeks before the inevitable fall of Kabul on August 15. Bagram was the nerve center from where all the operations across Afghanistan were directed, specifically the vital air support to the US-backed Afghan security forces without which they were simply irregular militias waiting to be devoured by the wolves.

Evacuating Bagram was the watershed moment when the skipper switched the engines off and intimated sailors henceforth they’d have to use oars to float the ship ashore. Unsurprisingly, the doomed ship sank to the bottom of the ocean even before the crew could scramble over to the refuge of the safety boats.

In southern Afghanistan, the traditional stronghold of the Pashtun ethnic group from which the Taliban draws most of its support, the Taliban military offensive was spearheaded by Mullah Yaqoob, the son of the Taliban’s late founder Mullah Omar and the newly appointed defense minister of the Taliban government, as district after district in southwest Afghanistan, including the birthplace of the Taliban movement Kandahar and Helmand, fell in quick succession.

What has stunned military strategists and longtime observers of the Afghan war, though, was the Taliban’s northern blitz, occupying almost the whole of northern Afghanistan in a matter of weeks, as northern Afghanistan was the bastion of the Northern Alliance comprising the Tajik and Uzbek ethnic groups, which were known to have longstanding enmity with the Pashtun Taliban.

It’s an established fact that a grassroots insurgency anywhere cannot be sustained for long unless it draws some level of popular support from the local population. But if the leaders of the Northern Alliance were allied with the US occupation forces and waging a fierce battle against the Taliban, then which regional force instigated the Tajik and Uzbek ethnic groups to rebel against their leadership and join ranks with the Taliban in its holy war against the foreign occupation?

In an explosive investigative report [1] last July, Radio Free Europe-Radio Liberty, a US government-funded organization, revealed: “When the Taliban captured a strategically important security checkpoint near Afghanistan’s border with Tajikistan last month, it assigned a Tajik militant to raise the Taliban flag on the site.

“The militant goes by the alias Mahdi Arsalon and has a group of fighters from Tajikistan under his command, an eyewitness to the flag-raising and other sources told RFE-RL. The Taliban also put Arsalon and his group in charge of security in five districts the Taliban seized near the Tajik border in recent months.

“In Afghanistan, Arsalon and other Tajik militants are known as the Tajik Taliban. But in reality they are members of Jamaat Ansarullah, which is banned in Tajikistan as a terrorist group.

“Jamaat Ansarullah was founded by a rogue former Tajik opposition commander a decade ago with the ultimate goal of overthrowing the government in Dushanbe. Mahdi Arsalon’s real name is Muhammad Sharifov. Sharifov, 25, was born in the village of Sherbegiyon in Tajikistan’s eastern Rasht Valley.”

Although Tajikistan, led by President Emomali Rahmon, is the only Central Asian State still hostile to the Taliban, despite the Kremlin’s insistence it strike a more conciliatory tone with the new de facto power in Afghanistan, what the RFE-RL report failed to disclose is the fact that behind the back of the Emomali government, the Russian security agencies clandestinely nurtured not only Jamaat Ansarullah, led by Tajik militant leader Mahdi Arsalon, but also several other smaller groups and breakaway factions of Tajik and Uzbek militants and persuaded them to join ranks with the Taliban in its war against the US forces and the allied Northern Alliance collaborators in Afghanistan.

While providing a few “unnecessary details” at the bottom of the article, which the authors of the report were likely unaware of themselves, the RFE-RL report spilled the secret: “According to sources in Tajikistan, Sharifov aka Mahdi Arsalon joined Jamaat Ansarullah about seven years ago […] Sharifov was accepted into the seventh grade because of his age even though he had not ever attended state schools before.

“After graduating in 2015, he disappeared from the village and no one in Nurobod ever saw him again. Sharifov’s mother, Zulqada Yunusova, told RFE-RL that her son went to Russia as a migrant worker in 2015.

“RFE-RL also spoke with a former friend of Sharifov who claims Sharifov tried to convince him to join the jihad in Afghanistan. The Tajik man spoke on condition of anonymity for security reasons. The man said he first met Sharifov when they worked in Russia and they stayed in contact on WhatsApp until about two months ago.”

Clearly, Sharifov and his band of militants were recruited by security agencies while he was searching for some menial job in Russia. Following the Ukraine crisis in 2014 and consequent souring of relations between the Kremlin and the Western powers, Russia militarily intervened in Syria in September 2015.

In an August 2017 report [3] for the New York Times, Carlotta Gall described the killing of former Taliban leader Mullah Akhtar Mansour in a US drone strike in Pakistan’s western Balochistan province in May 2016 while he was on his way back from a secret meeting with Russian and Iranian officials in Iran.

According to the Times report, “Iran facilitated a meeting between Mullah Akhtar Mansour and Russian officials, Afghan officials said, securing funds and weapons from Moscow for the insurgents.”

It’s worth noting, however, that it wasn’t just Russia that was in bed with the Taliban. The allegations by regional power-brokers that Washington, too, had provided material support to splinter groups of the Afghan Taliban and the Pakistani Taliban (TTP) as a tit-for-tat response to Pakistan’s security agencies’ double game of nurturing the Afghan Taliban are not entirely unfounded.

A news report leaked [4] in March 2018, during the trial of the widow of Orlando nightclub shooter, Omar Mateen, an ethnic Afghan residing in the US who had killed 49 people and wounded 53 others in a mass shooting at the Pulse Nightclub in Orlando, Florida, on June 12, 2016, that his father, Seddique Mateen, was an FBI informant for eleven years.

In an email, the prosecution revealed to the defense attorney of Noor Salman, the widow of Omar Mateen, that Seddique Mateen was an FBI informant from January 2005 to June 2016 and had been sending money to Afghanistan and Turkey, likely to fund violent insurrection against the government of Pakistan.

Similarly, in November 2018, infighting between the main faction of the Afghan Taliban led by Mullah Haibatullah Akhunzada and a breakaway faction led by Mullah Mohammad Rasul left scores of fighters dead in Afghanistan’s western Herat province.

Mullah Rasul was close to Taliban founder Mullah Mohammad Omar, and served as the governor of southwestern Nimroz province during the Taliban’s rule in Afghanistan from 1996 to 2001. After the news of the death of Mullah Omar was made public by the Afghan intelligence in 2015, Mullah Rasul broke ranks with the Taliban and formed his own faction.

Mullah Rasul’s group was active in the provinces of Herat, Farah, Nimroz and Helmand, and was known to have received arms and support from the Afghan intelligence, as he had expressed willingness to recognize the Washington-backed Kabul government.

Regarding Washington’s motives for providing covert support to breakaway factions of the Afghan Taliban and the Pakistani militants, the US invaded Afghanistan in October 2001, in the aftermath of the 9/11 terror attack, and toppled the Taliban regime with the help of the Northern Alliance comprising ethnic Tajik and Uzbek warlords.

Since the beginning, however, Afghanistan was an area of lesser priority for the Bush administration. The number of US troops deployed in Afghanistan did not exceed beyond 30,000 during George Bush’s tenure as president, and soon after occupying Afghanistan, Washington invaded Iraq in March 2003 and American resources and focus shifted to Iraq.

It was the Obama administration that made the Afghanistan conflict the bedrock of its foreign policy in 2009 along with fulfilling then-President Obama’s electoral pledge of withdrawing American forces from Iraq in December 2011.

At the height of the surge of the US troops in Afghanistan in 2010, the American troops numbered around 100,000, with an additional 40,000 troops from the rest of the international coalition, but they still could not manage to have a lasting effect on the relentless Taliban insurgency.

However, Islamabad was reluctant to conduct military operations, which is a euphemism for all-out war, for the fear of alienating the Pashtun population of the tribal areas. After Pakistan’s security forces’ raid in July 2007 on a mosque (Lal Masjid) in the center of Islamabad, which also contained a religious seminary, scores of civilians, including students of the seminary, died.

Although Pakistani political commentators often point fingers at the Washington-backed Kabul government in Afghanistan and Pakistan’s arch-foe India for providing money and arms to the Pakistani militants for waging a guerrilla war against Pakistan’s state apparatus, reportedly Washington, too, had provided covert support to the Pakistani Taliban in order to force Pakistan’s military to conduct military operations against militants based in Pakistan’s tribal areas.

[3] Carlotta Gall: In Afghanistan, U.S. Exits, and Iran Comes In: