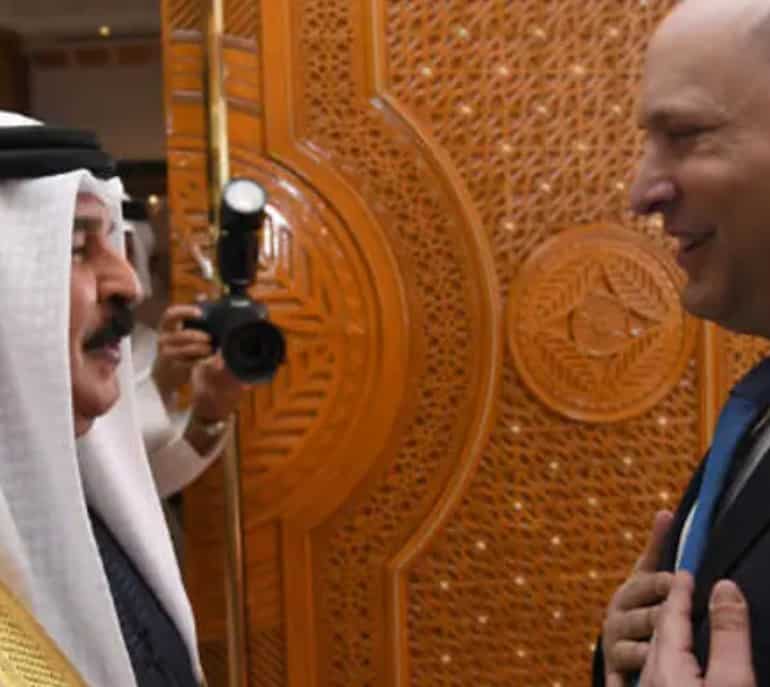 Albawaba: Israel is turning to the Gulf. The Gulf is turning to Israel. Both seek a rapprochement, and this has been the situation for a long time. Obviously, when you talk about this you have to deduct Kuwait, definitely, maybe Qatar and to a large and confusing degree Saudi Arabia which is trying its best to stay on the sidelines though many keep saying it would like to normalise but won’t.

However, outwardly among these, and now for a long-time have been the United Arab Emirates, Bahrain and Oman although the latter states it is satisfied with the present underlying “chummy”, long-time, rubbing-shoulders relationship with Israel. But this is not satisfactory to the UAE and Bahrain who have since stated they want a “healthy”, “bombastic” relations with Israel and its different institutions and society.

IDF F-15 fighter jets escorted an American B-52 bomber through Israel’s skies on its way from the Gulf earlier today.

The joint flight shows our close cooperation with the @usairforce and the importance of maintaining Israel’s security & stability in the Middle East. 🇮🇱🇺🇸 pic.twitter.com/5vwKKKLgp8

And this relationship have been quickly garnished soon after Manama and Abu Dhabi signed the Abraham Accords in Washington in September 2020 with the then Israel prime minister Benjamin Netanyahu. These two Gulf states wanted to open all doors, lift so to speak, an iron curtain and let relations commence on many different levels: Political, diplomatic, economic, trade, professionals and many, many fields.

In the case of the UAE, the unlocking chain started soon after Abu Dhabi signed a peace agreement with thousands of Israeli tourists suddenly flocking to Dubai. In one year after the signing, trade between the two countries hit the 1-billion-dollar-mark; and both sides want the figure to jump to $2 billion. There is no time to wait!